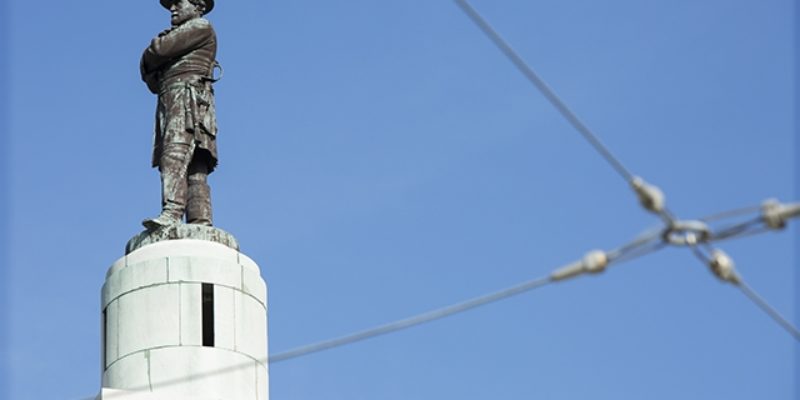 It’s the old-school politics of ‘I scratch your back, you scratch my back.’

Mayor Mitch Landrieu of New Orleans has been pushing for the removal of monuments in the city since June and he seems to finally be getting his way.

With that, there is a definite pattern of Landrieu’s clan of well-connected monument removal supporters all being given comfortable committee seats on the city’s Tricentennial Commission and its subcommittees which fall under its control.

The most high-profile on the Tricentennial Commission’s Executive Committee include Aspen Institute President Walter Isaacson, a figure the Hayride has exclusively reported on for the last few months.

Isaacson claimed early on that he was not heavily involved in the take-down of four historical monuments in the city. However, he went on to write a number of op-ed pieces for the Times Picayune and New Orleans Advocate advocating for the monuments to be removed.

Isaacson also set out guidelines about how other monuments and street names in the city should be addressed, and Landrieu has already said that he is interested in using Isaacson’s guidelines.

Just like Isaacson, Marsalis wrote an op-ed piece last year which outlined why exactly Lee Circle, PGT Beauregard, Jefferson Davis and the Liberty Place monuments should all be removed.

Aside from the Commission’s Executive Committee, the ‘Racial Reconciliation’ subcommittee is compromised of members who also actively helped Landrieu’s proposal to take down the historical monuments.

Landrieu said he would have an anonymous donor pay for monuments to be removed months ago. The Hayride exclusively reported that Whitney Plantation Owner and Democrat-funding attorney John Cummings was that anonymous donor, though Cummings denied the claims.

Now, in order to hide the money trail for the removal of the four monuments, the ‘Foundation for Louisiana’ nonprofit organization has stepped up to allow the money to “pass through” them in order to turn around and give that money to Landrieu to pay for removal.

Coincidentally, Foundation for Louisiana has given to Landrieu’s monument removal supporters back in 2015 while the fight over monuments was taking place and has direct ties to Landrieu.

For instance, a member of the ‘Racial Reconciliation’ subcommittee Flozell Daniels is also, ironically, the President of the Foundation for Louisiana.

Through the Foundation for Louisiana, Daniels has given grants to the New Orleans Workers’ Center for Racial Justice and the Urban League of Greater New Orleans, two groups that actively fought for monument removal in the city.

Bebelle, like Daniels, was specifically appointed by Landrieu to co-chair the racial subcommittee. At the same time, Bebelle also fought for monument removal.

Here, Bebelle can be seen here at a New Orleans City Council meeting lobbying members of the City Council to take the four monuments down because they represent a history filled with “white supremacy,” as Bebelle put it:

Bebelle also perpetuated false talking points that Landrieu has pushed about the maintenance of the monuments.

In an article for the Art Newspaper, Bebelle claimed that since the monuments sat on public property, “African American tax money is being used to maintain them.”

However, as the Hayride has debunked multiple times, the city has not paid a dime for the upkeep of any monuments in the city, as the Monumental Task Committee (MTC) has done that work for free, with no charge to taxpayers, for over a decade.

Matt Wisdom, another member of the ‘Racial Reconciliation’ subcommittee, has not been vocal about Landrieu’s plan to remove monuments in the city.

But, Wisdom does have a featured profile on the Aspen Institute’s ‘Global Leadership Network’ page, the same organization that Walter Isaacson is the President of.

This sort of stacking commissions and committees with well-connected Landrieu operatives is not too uncommon for the Mayor.

The Historical Landmark Commission, the Vieux Carre Commission, the Human Relations Commission and the Governmental Affairs Committee are chock-full of Landrieu supporters who supported all efforts to remove monuments in New Orleans.

Interested in more news from Louisiana? We've got you covered! See More Louisiana News
Previous Article President Obama And John Bel Edwards May Be Meeting In Baton Rouge To Talk Medicaid Expansion
Next Article CLARK: America’s Treatment Of Her Veterans Is A Broken Oath