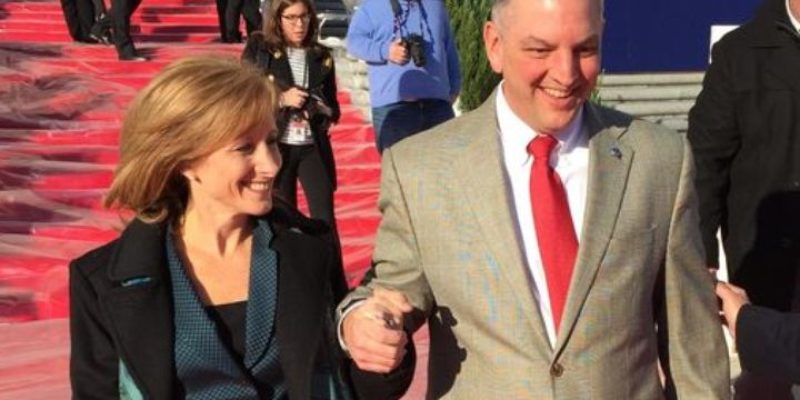 Gov. John Bel Edwards (D), who was just inaugurated today, has a whole lot of plans for Louisiana, but none of them seem to be conservative, even though that’s how the Amite Democrat ran in the gubernatorial election and that’s still how the Louisiana media describes him.

Since it’s inauguration, here is everything (so far) that Edwards will do as governor for the next four years which will make ruby red Louisiana a little less free and a lot more liberal:

#1: Phony Gestures To The Gay Community Are All The Rage

Edwards, like most Democrats, is obsessed with making gestures to the gay community. In his first executive action as governor, Edwards will bar state employees and government contractors from being fired based on their sexual orientation.

However, the executive order by Edwards, though, only encompasses state employees and government contractors that he will oversee as governor, therefore it would not go beyond any state positions that are not controlled by the governor.

While religious groups are up-in-arms, they have no reason to be, as the executive order will likely do absolutely nothing because there are no reports that previous administrations fired employees based off their sexual orientation.

The gesture is a mere salute to the liberal wing of Edwards’ party.

#2: Welfare Reform Is Out The Window

Edwards’ second plan for the state is to throw out welfare reform and demand a waiver for able-bodied food stamp recipients so that they can receive government assistance without having to work.

Under a regulation by former Gov. Bobby Jindal (R-LA), about 62,000 18-49 year old Louisiana Purchase card-holders (a glossy credit card for food stamps) would lose their benefits if they do not have at least a part-time job or in a job training program by Jan. 1.

But, after liberals continued to claim that the idea is “heartless” and offensive to ask welfare recipients to work, Edwards announced he will revoke the plan the minute he gets into office.

#3: Tax Hikes Are The New Black

While Edwards and Sen. David Vitter (R-LA) were campaigning in the gubernatorial race last year, former Lt. Gov. Jay Dardenne, a moderate Republican, came out in full support for Edwards.

Naturally, Dardenne landed himself a top position in Edwards’ administration, being named the Commissioner of Administration, a job which has authority over the state budget.

Most recently, Dardenne made headlines when he said that the budget woes in the state are much worse than what the administration originally thought. So therefore, tax hikes are on the table, according to Dardenne.

Because when state government causes its own problems, it’s the taxpayers that have to pay for it with their money.

#4: The Dept Of Health Is Now Run By An Abortion Zealot

Edwards, who ran as being staunchly pro-life, has appointed Dr. Rebekah Gee who is essentially the equivalent to President Obama’s Health and Human Services pro-abortion Secretary Kathleen Sebelius (the woman who gave us Obamacare).

Though Edwards is allegedly pro-life, the appointment of Gee means the state could be getting a lot more relaxed on abortion issues, as Gee has received accolades from the National Abortion Rights Action League (NARAL) and Choice USA and has fought for the pro-abortion cause in her career.

Of course, the Louisiana media entirely ignored the hypocrisy of Edwards who claims he is pro-life with only a couple of media outlets reporting on the matter.