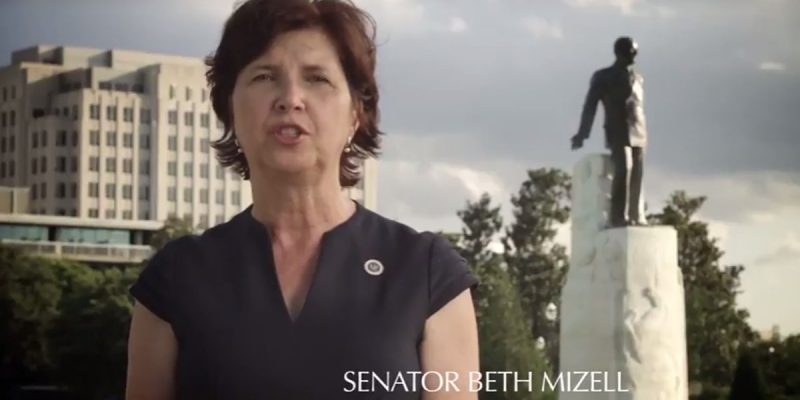 State Senator Beth Mizell (R-Franklinton) has released a video with a statement on the monuments controversy Louisiana has been debating over the past couple years.

Sen. Mizell has been the author of two bills, over the last two sessions, that would have protected historic monuments in Louisiana, SB 276 in 2016 and SB 198 in 2017. Senate President John Alario thwarted both efforts by sending Mizell’s bills to a committee controlled by Sen. Karen Carter Peterson, who is chairman of the Louisiana Democrat Party.

But what if the mentality which led to the removal of some of Louisiana’s most well-known landmarks when Mitch Landrieu took down the Robert E. Lee, Jefferson Davis and P.G.T. Beauregard monuments were to take hold across the board? What would happen then?

In the video, Mizell flips the script and asks Democrats to see the monuments issue through a different lens. What if Conservatives were demanding the Huey P. Long statue in the capital gardens be torn down? She explains in the video:

“Huey is the archetypal Louisiana Democrat. And here he stands tall and proud, in a state that is bright red. But do conservatives advocate for removing his monument?”

Mizell argues that the monuments in New Orleans, just like Huey P. Long’s statue, are symbols of the present rather than the past. Rarely did people connect Lee Circle or PGT Beauregard to the Civil War. They were simply symbols of New Orleans. The Huey P. Long statue represents Baton Rouge and modern citizens don’t even know much about Huey’s politics.

Mizell concludes: “I will continue to fight for legislation that protects ALL of Louisiana history. Regardless of who wants to pretend to be offended. On the left… and on the right.”

Interested in more national news? We've got you covered! See More National News
Previous Article When Asked What It Means To Be American, Baton Rouge Notables Had Some Interesting Responses
Next Article ATVs Have Become Such A Problem In New Orleans That Police Are Cracking Down On Them