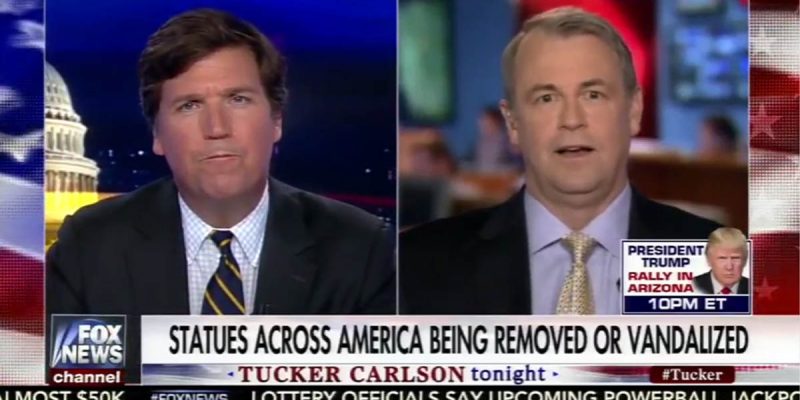 Carlson had Townhall columnist and author Kurt Schlichter on last night, and Schlichter had been away from the daily political grind for several days focusing on a jury trial (he’s an attorney in his day job). The pundit told Carlson something he saw which we should all keep in perspective – namely, that most people aren’t wrapped around the axle 24/7 and usually only really pay attention to politics when elections are coming up.

Which is a lot healthier way to live than what you see among the Beltway political class or the cable news-addicted crowd.

If you follow what you see on the social media feeds of your politically-minded friends, you’re going to catch a lot of non-stop outrage over Black Lives Matter, Antifa, Tim Kaine, Maxine Waters, Bill Kristol and the rest. And on both sides you’re going to see a lot of apocalyptic talk – conservatives think that the Left has destroyed American culture and our doom will follow, liberals think that Trump is bringing on a racist Dark Age and must be destroyed before he can finish the job.

But the non-political folks have never bought into either narrative. And from a conservative perspective they’re perhaps better allies than they’ve ever been. They don’t believe everyone is racist, and they’re not all that wrapped around the axle about racism anyway, so long as nobody is getting lynched or denied a job or a house simply because of the color of their skin. Moreover, they don’t care about gay marriage or transgender rights so long as their lives aren’t affected. They have no interest in neo-Nazis or Antifa. They’re just not interested, because they have better things to do.

And what they want out of politics is an economy that grows, so they can get their kids out of the house when they finish school and so their retirement nest egg will be worth something, they want crime under control, they want the roads and the drain-pipes to function, they want the Russians and the jihadists to stay where Russians and jihadists ought to be, which is not here, and then they want to be left alone.

In short, Antifa has very little to offer people who aren’t political.

And so after all the howling about Charlottesville and Boston and last night’s semi-riot outside a Trump rally in Phoenix, most of America is going to forcibly reject this chaos and violence. Antifa is electoral poison, just as Black Lives Matter has been electoral poison. The Democrats are too invested, and get their funding from the same places in too many instances, not to drink it.

Schlichter’s “normals” won’t have any more interest in the Resistance in next year’s mid-terms than they do now, and probably far less. The Democrats refuse to see that, and it’ll go badly for them as a result.

In any event, it was nice to see a reminder that most people aren’t off the rails in this country. Thanks to Carlson for presenting that fact to us.