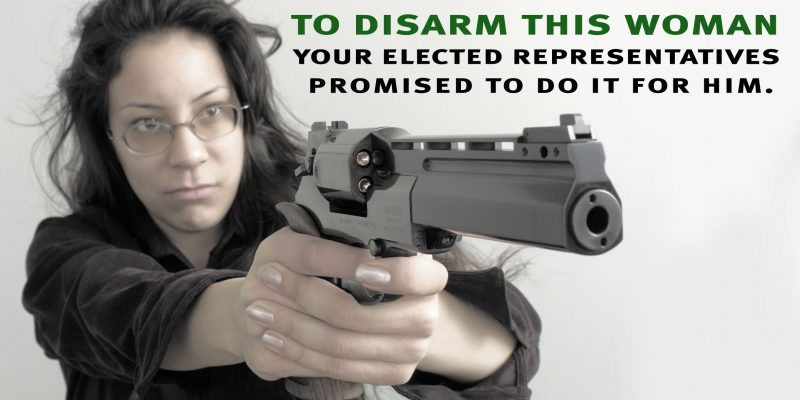 According to a Centers for Disease Control statistic, “firearms are used far more often to save life” by a ratio of 16 to 100 times more often. Yet the mainstream media doesn’t report this. They also don’t report on the numerous incidents of responsible gun owners stopping crimes from being committed.

“He saved an enormous amount of lives,” Lee County Sheriff John Simonton said of Officer Dallas. His comments were echoed by Illinois Gov. Bruce Rauner, who in a statement credited “Dallas for his bravery and quick action to immediately diffuse a dangerous situation.”

Most Americans have never heard of the Memphis, Tennessee father who stopped armed robbers at a local McDonalds who were trying to rob him while he was holding his infant daughter. WREG quotes police who stated that he was able to put his baby down, reach for his gun and wound one of his four attackers.

In Raleigh, North Carolina, police reported that a shooting in the Brintons Cottage neighborhood was case of self-defense. Three people broke into a home and the owner fired at them, killing one and injuring two others. The two injured were charged with armed robbery, conspiracy to commit armed robbery, first-degree burglary, and possession of a firearm by a felon. They were stopped by the home owner who used his gun for self-defense– exactly what it was designed for.

There’s also the incident last month when the Florida man used his AR-15 to stop seven intruders from illegally entering his home. And many others of self-defense.

Most Americans have not heard about the brave Marine Corps veteran and armed gas station clerk in Joelton, Tennessee who stopped an armed robber and then got towels and performed mouth to mouth on his attacker to keep him alive. According to WSMV, “58-year-old Zane Friend was outside taking a break when [three] armed men reportedly started running at him.” Gonzales allegedly had a shotgun with him, but Friend was able to draw his pistol and shoot first. He struck Gonzales in the abdomen. The two others fled. Then Friend ran inside to get towels and came back out to keep Gonzales alive by performing CPR on him until first responders got there.

Erich Pratt, Executive Director of Gun Owners for America, argues that the media ignores “the fact that more than 10,100 Americans have died in car accidents since the Parkland shooting.” What would it be like if the media reported on every tragic car death in the country?

He also points to a recent Johns Hopkins study that claims that more than 250,000 people in America die from medical errors. Medical errors, it reports are the third-leading cause of death after heart disease and cancer. But the media doesn’t report on every death (684 everyday) due to doctors’ negligence, he argues.

The best defense against a bad guy with a gun continues to be a good guy (or woman) with a gun.


Interested in more national news? We've got you covered! See More National News
Previous Article The SCANDAL no one in the media is talking about: Blatant DNC Election Fraud [video]
Next Article CROUERE: The Media Is Fueling The Left’s Nonstop Hatred Of President Trump