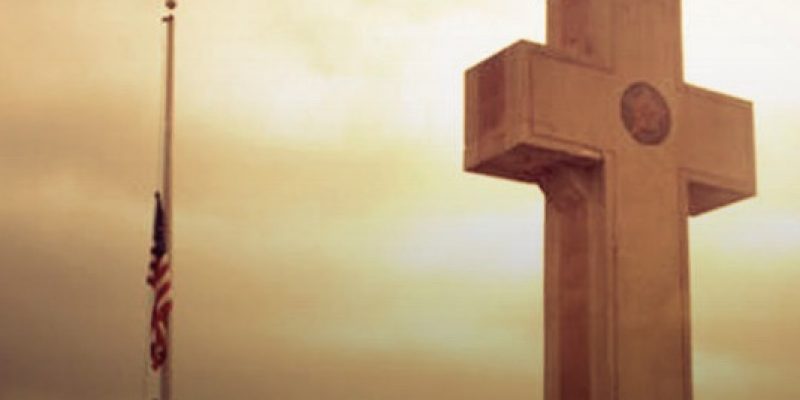 All seven Louisiana Republican Congressmen joined an amicus brief filed with the Supreme Court on Friday (July 27) to prevent removal of a 40-foot-tall memorial cross in Prince George’s County, Maryland.

The Bladensburg peace cross was erected in 1925 to honor 49 local men who died in World War 1.

Sen. Ted Cruz and Rep. Steve Scalise filed the amicus brief, with the support of 109 members of Congress. All signatories are Republicans except for Sen. Joe Manchin, D-W.Va. Those in Louisiana are Sens. Bill Cassidy and John Kennedy and Reps. Clay Higgins, Mike Johnson, Ralph Abraham and Garret Graves. The only Louisianan congressman who did not sign is Democrat Cedric Richmond of New Orleans.

Since 1961, the monument has been owned and maintained by a public agency, the Maryland-National Capital Park and Planning commission. It was initially paid for and erected by local families and the American Legion.

The American Humanist Association (AHA) sued to remove the cross, arguing that the symbol, associated with Christianity and on public property, violates the First Amendment’s Establishment Clause. In 2015, U.S. District Judge Deborah Chasanow in Baltimore rejected AHA’s argument. She ruled that its purpose was not primarily religious and that it had been used “almost exclusively to mark federal holidays,” NOLA reports.

AHA appealed to the 4th Circuit Court of Appeals in Richmond, which reversed her decision. The court’s 2-1 opinion stated the religious aspects of the memorial “easily overwhelm the secular ones.” The full 4th Circuit Court later split 8-6 in upholding that decision.

Now the American Legion requested to be heard by the Supreme Court. A spokesperson told the Washington Post, “We cannot allow their memory to be bulldozed.” In their defense, the American Center for Law and Justice (ACLJ) filed a Supreme Court brief. The ACLJ argues:

“For nearly a century, the Bladensburg Peace Cross has stood as a permanent reminder to the local community that defense of the country entails sacrifice, and that such sacrifice should be honored.

“Fixating on the religious nature of the cross, and all but ignoring the civic and secular reason for the monument’s display, the court held that a “reasonable observer” would conclude that the Peace Cross constitutes an impermissible governmental endorsement of Christianity.

“That, of course, is nonsense, and neither the American Legion nor the public body in charge of maintaining the monument is willing to let the Fourth Circuit have the final word.  Each has filed certiorari petitions with the Supreme Court asking that the Court intervene and reverse the erroneous decision of the lower court.”

The ACLJ filed an amicus brief with the Supreme Court in support of those petitions. It states:

Relying on this Court’s decision in Lemon v. Kurtzman, 403 U.S. 602 (1971), and the perceptions of a “reasonable observer,” the Fourth Circuit has ordered the removal of a near century-old monument dedicated to the memory of local soldiers who perished in the Great War. What is in need of dismantling in this case, however, is not the memorial at issue, but the confounding jurisprudence used by the court below in reaching its erroneous conclusion.

The First Amendment, Cruz said, “in no way prohibits a war memorial on public land from featuring religious imagery. Our men and women in uniform will be better served by building more memorials to their bravery, not tearing them down.”

Scalise said, “We must protect our national memorials to those who have given their all in support of our country and acknowledge the role that religion plays in American life.”

Interested in more news from Texas? We've got you covered! See More Texas News
Previous Article Another company to boycott: UNITED gives free seats to illegals, not US Military, citizens
Next Article Jerry Jones: NFL players must stand for anthem