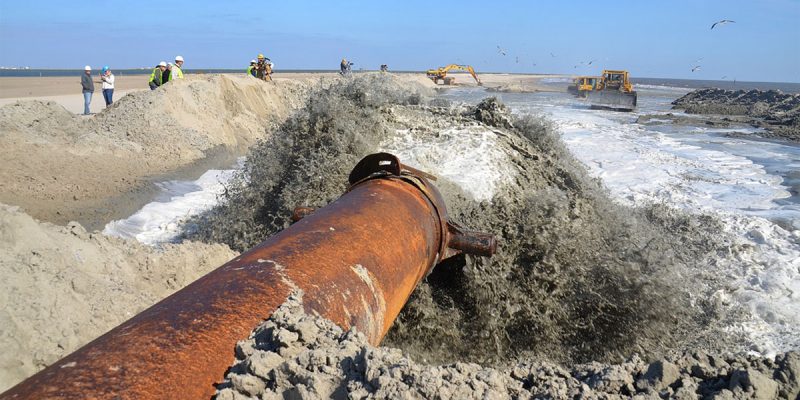 Editor’s Note: What follows is a press release from the office of Rep. Garret Graves (R-Baton Rouge), who sponsored the bill in question –  America’s Water Infrastructure Act of 2018…

Landmark legislation produced under the leadership of House Water Resources Subcommittee Chairman Garret Graves (South Louisiana) to reform the U.S. Corps of Engineers will be signed into law this week. The America’s Water Infrastructure Act of 2018, which unanimously passed the U.S. House of Representatives on September 13, 2018, will be voted on today in the U.S. Senate, and the president is expected to sign the bill into law later this week.

This is the first Corps reform bill produced with Graves serving as chairman over the House Water Resources and Environment Subcommittee, which has jurisdiction over the Corps of Engineers, Environmental Protection Agency and other agencies.

“On our current trajectory, the Corps will finish its $100 billion of backlogged, federally authorized projects approximately never,” said Graves. “We have to stop pushing paper and start turning dirt. Fundamental changes are needed, and this bill begins moving us in that direction.”

The America’s Water Infrastructure Act of 2018 (AWIA) is the latest in a portfolio of legislative achievements that Graves has been implementing as part of his broader strategy to replace the federal government’s wasteful spending of billions of dollars after disasters with smart, pre-disaster investments that better prepare and protect our communities at a much lower cost to taxpayers. Other strategy components include the Disaster Reform and Recovery Act, which was signed into law last Friday; full funding for the Comite flood protection, West Shore hurricane protection and other important projects announced in July; and Graves’ bill to increase offshore energy revenue sharing funding that passed through the Natural Resources Committee in September. AIWA paves the way for major reforms of how the nation plans, designs, constructs and funds flood control, hurricane protection, navigation, coastal/ecosystem restoration and other projects.

“This bill is about delivering proactive solutions so that communities actually benefit from projects instead of having to endure decades of studies and inaction,” added Graves.

Provisions inserted in the House and final bill by Graves include:

Graves continued: “There are literally tens of billions of dollars in authorized Corps of Engineers projects in Louisiana.  If we are going to restore our coast and protect our communities, we must change the way these projects are developed and delivered.”

Other Louisiana-centric provisions include (provision sponsors):

“This bill is good for our infrastructure, good for jobs, and good for America,” added Transportation and Infrastructure Chairman Bill Shuster (R-PA).

Graves recently secured $3,000,000,000 in new federal funding from five sources to fully fund numerous decades-stalled Corps of Engineers projects in Louisiana. This bill complements those efforts, which will together produce better protection for our homes, communities and businesses; better federal performance; and cost savings to the American people.