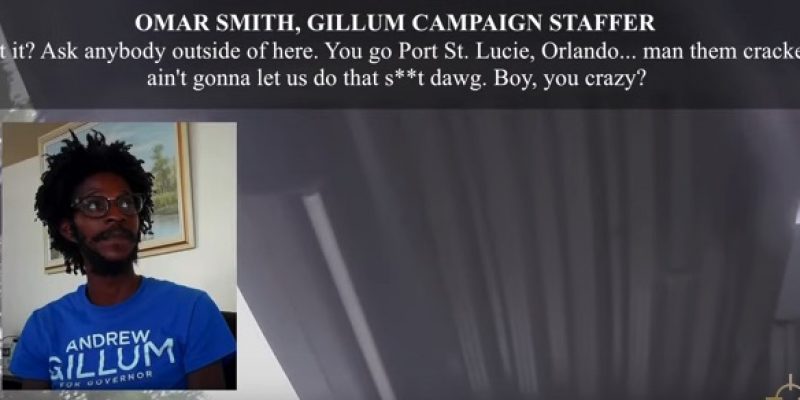 Staffers working for the Democratic Socialist Andrew Gillum, who is running to replace Rick Scott as governor, were caught on video making racist comments about white voters.

One staffer said, “modern day fairy tales start with ‘once I’m elected’,” meaning lie to voters as much as possible and don’t fulfill promises made.

One statement refers to white people as “crackers,” another we “have to appeal to white guilt.”

It is implausible to understand how this candidate– could be tied with anyone for any race in light of staffers’ admission to the real purpose of the campaign.