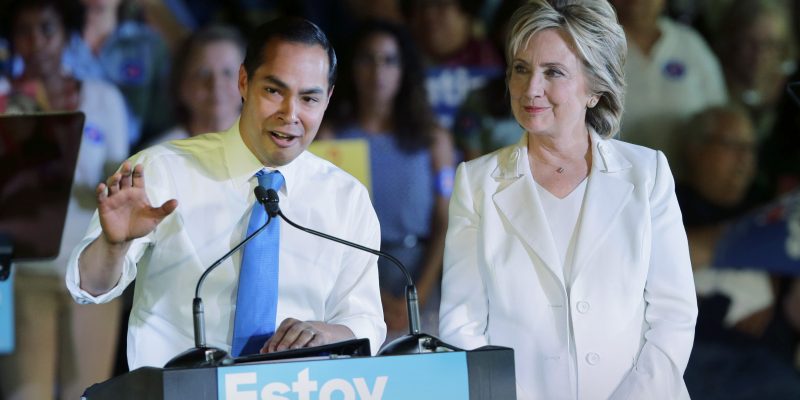 The Democrat contender, 44, made the announcement on social media where he provided a campaign-like video which you can view at the bottom of the page.

“As a kid growing up on the west side of San Antonio, I never thought that I’d one day be making this announcement: I’m exploring a candidacy for President of the United States in 2020 to renew the promise of this country for all.” — Julián Castro

Appearing with his twin brother Congressman Joaquin Castro (TX) on “The Late Show with Stephen Colbert”, Julian was pressed on whether or not he will run for President.

“Julian, your book Waking From My American Dream, people who release books about two years before a presidential campaign.. tend to then run for President, ” Colbert said.

“Yesterday, I filed an exploratory committee so I’m going to be making an announcement on Jan. 12. If you want to have me back on Jan. 12,” Julian replied.

“Why do you have to wait that long? What are you going to find out between now and Jan. 12? Why can’t you just tell us? Isn’t leadership about decisiveness? Right now, you’ve got an opportunity to prove to the American people that you have what it takes to sit in the Oval Office and make the tough calls,” Colbert quipped.

“I’ll speak on his behalf, he’s going to run for President,” Joaquin said to cheers from the crowd.

The move by Castro catapults him into the field of likely 2020 Democrats including former Vice President Joe Biden, Congressman Beto O’Rourke, Hillary Clinton, and Bernie Sanders.

The first week of December, Joe Biden referred to himself as “the most qualified person in the country to be President”.

Just recently, Hillary Clinton stated that she would “[still] like to be President”.

Interested in more national news? We've got you covered! See More National News
Previous Article What Does 21st Century Totalitarianism Look Like? China’s Social Credit System, That’s What
Next Article Thanks To Term Limits, Louisiana’s Senate Will Be Much Improved After Next Year