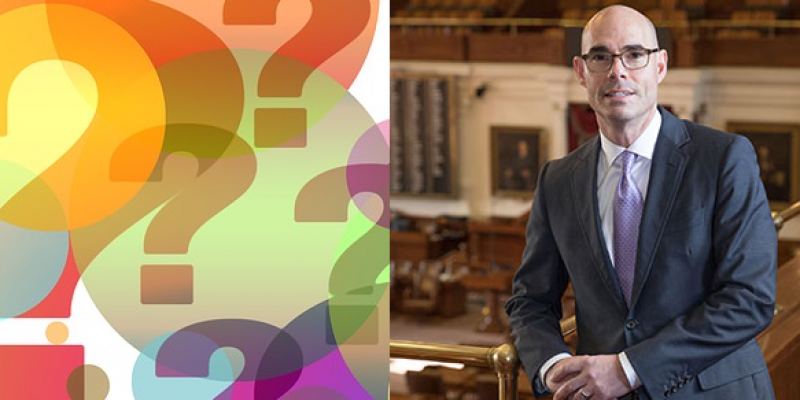 Leaving several unanswered questions, Speaker Dennis Bonnen colloquially responded to accusations from a prominent conservative grassroots leader that a list was given including the names of fellow Republican representatives who are presumably safe to criticize or attack in upcoming elections.

We include Speaker Bonnen’s response in full below, recalling his version of a meeting between he, House GOP Chairman Dustin Burrows, and Michael Quinn Sullivan. Burrows has not responded to the media by the time of writing. The meeting was originally intended to discuss an agreement concerning Texas House floor credentials for Sullivan’s publication Texas Scorecard, though Bonnen denies he has any control over the process.

From the hip: According to our previous analysis, the members named in Sullivan’s account are those who are typically friendly to Bonnen, closer to the center of the conservative-liberal spread, and not the activists typically opposed to moderate-leaning House leadership. If the list is true, it demonstrates a retreat from Bonnen’s earlier warning about intra-chamber disputes in the upcoming elections.

We have questions, and so do those named.  Rep. Bailes told the Dallas Morning News prior to Bonnen’s response that he was in the process of writing a letter to Burrows to demand answers. Bailes said the silence from Burrows was unacceptable: “That’s why he serves in that capacity,” he said, per the Dallas News.

Rep. Stephenson said by Monday he had not heard from Burrows, either, per the Dallas News, but that “I’m going to assume that Michael Quinn Sullivan is wrong, whatever he did, unless I hear something different.”

As for the press in general, they’re asking for the letter Sullivan sent to Bonnen in regard to the incident, which Bonnen has not presented.

Meanwhile, we’re curious as to Sullivan’s calculus on exposing the details of this meeting: justified or not, was releasing the details intended to expose a fracture in the Speaker’s circle of leadership? Furthermore, the silence from Burrows is deafening. Was such a list given to Sullivan, and are these seats truly safe in the 2020 primaries or general? We highly doubt this comprises an “enemies list” and we presume the best of intentions of Burrows in giving Sullivan a list.

The questions may subside but they are not going away.

Bonnen’s recent response to Republican caucus members is below:

By now you have all read the incendiary blog post written by Michael Quinn Sullivan (MQS) and widely reported on by the media. I want to take this opportunity to set the record straight, add needed context, and to a certain extent own the folly that was my attempt, on behalf of the House, to seek peace with that guy.

There is no reason you should know the events that led to my June 12 meeting with MQS. But here’s how the meeting came to be.

On January 11th, I invited Tim Dunn and MQS to my office for what I hoped would be a productive breakfast meeting – the goal of which was to express to both Mr. Dunn and MQS that their continual attacks on House Republicans and the Texas House were unfounded and counterproductive to what their stated goals for the state are. I was clear with them that I was interested in protecting all members of the House, especially Republican members. I told them that I had no problem with them attacking me or another member if they would simply be intellectually honest and truthful in their criticism and stop with the half truths and rhetoric. They did not commit to anything, but I at least saw the meeting as a step forward and hoped that it would result in fewer attacks on the members of the House by their organization.

Following the January meeting, MQS once again approached my staff and suggested how important it was for their publication Texas Scorecard to have media credentials for the remainder of session. Several weeks later, after Texas Scorecard refused to submit additional needed information to the House regarding their media credentials application, they elected to file suit against the House—an endeavor they subsequently lost in District Court. That loss appears to play a significant role in MQS’s recent tactics. It was during this time that we noticed a significant uptick in political attacks on a wide variety of members of the House, and on the House as a whole.

Immediately following Sine Die, my family and I were waiting for our flight at Hobby airport to go on vacation, and I ran into MQS. I approached him and asked him what his problem was with the House. It was a short and curt exchange, and he asked me at that time if he could meet with me. I said “sure.”

He promptly texted me following up on “my offer to meet.” I probably should have recognized then that even meeting with MQS could be a problem because honestly, I was confused as to why he was characterizing it as my idea to meet. Nonetheless, a meeting was set for June 12th.

Shortly thereafter, I had a conversation with Chairman Burrows and he said that he would be in Austin on the 12th. I asked him to come to the meeting and help me explain to MQS the need for Empower to not engage in Republican primaries this election cycle. He agreed to attend.

Going in to the meeting on the 12th, I knew that MQS’s long term goal is to obtain media credentials for Texas Scorecard. I also knew, at the end of the day, the House Rules—not the Speaker—determine who gets media credentials. Frankly, I am agnostic as to whether the House ever grants them floor access or
not.

After a very odd exchange with MQS related to his summer travel plans, we attempted to explain how important it is for his organization to not engage against House Republicans in the upcoming March primaries because of the importance of the November general election cycle. We went on to explain that as long as his organization continues to be actively involved in supporting and opposing candidates in political races, his organization will have a difficult time qualifying for media credentials under House Rules.

The conversation turned to policy and disagreements about characterizations of wins and losses this past session – including specifically taxpayer funded lobbying. I was continually frustrated by his lack of understanding of the points which we were trying to make to him about the importance of the upcoming general election cycle. I did tell him that if he had a problem with a vote taken by a member then fine advocate your policy position. That was my sentiment, because it was exactly what I told him in January related to my own record. “If you disagree with my position on an issue, fine, attack me on that. But don’t take down the entire institution and hurt the Republican party in the process.”

Following the meeting, a few weeks later, MQS sent me a contrived letter—put together, he says, with the
assistance of lawyers—outlining his version of our exchange on June 12th. Interestingly, it was delivered on the same day his organization appealed their loss in the media credentials lawsuit.

I believe this entire effort, right down to the contrived text following our airport terminal conversation,
was a strategic decision on his part to bolster his legal attempts to force access to the House floor during Session, despite his open political activities, and to create further chaos among our caucus.

While I regret taking the meeting, I do not regret what I hoped to accomplish — helping to preserve a Republican majority in the House. I was very frustrated and agitated that he refused to understand that what he’s been doing in previous elections and throughout session puts our majority in jeopardy.

This is but another chapter in MQS’s ongoing effort to divide and ultimately destroy the Republican majority in the Texas House. His organization did not enjoy political success during the most recent session of the Texas Legislature, and as a result, we were able to deliver one of the most productive sessions in memory. MQS and Empower Texans are well known for their questionable conduct and brand of activism that has alienated a majority of the Republican Party.

From the very beginning of my race for Speaker, I made it abundantly clear that I care deeply about the institution of the House. I know the sacrifices that each you have made, and continue to make, in the furtherance of your public service. I am thankful for your friendship and your leadership on issues large and small. I look forward to vigorously campaigning and supporting every one of you in both the upcoming primary and general elections.