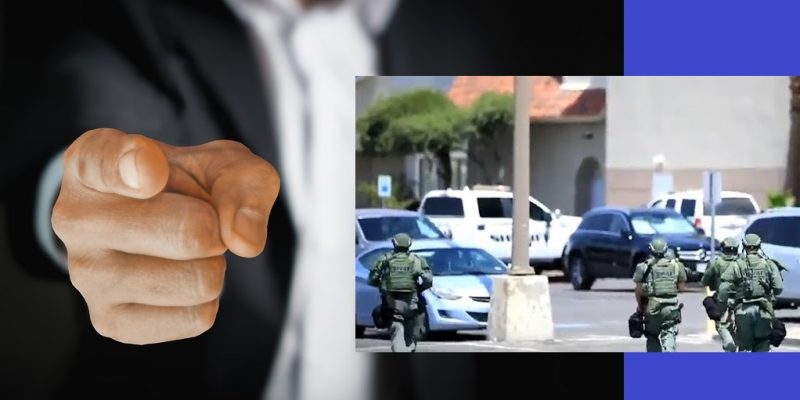 The El Paso mass shooter who injured 20 people and killed at least that number on Saturday is a mutt.

The shooter ran the gamut of political and social beliefs, but was obviously plagued by racial supremacy as his primary motivator.

But leave it to desperate political operatives to politicize tragedy. On a Sunday, no less, the Texas Democratic Party released a statement to the media attempting to pin the mass shooting on Republicans:

This framing was followed by presidential candidate U.S. Rep. Beto O’Rourke of El Paso, who answered a question about President Donald Trump‘s “racist tweets” (yet another framing by the members of the supposedly objective press):

“He is a racist, and he stokes racism in this country and it doesn’t not just [sic] offend our sensibilities, it fundamentally changes the character of this country, and it leads to violence.”

Rep. O’Rourke clarified that he was going on El Paso police intel that suggested the shooter’s “manifesto” was supportive of the Trump Administration and its goals.

Taking a look at what so far seems to be the only likely document left by the mass-killer, it appears that is not the case and that the shooter may lean more left than right. From a few snippets we copy-and-pasted before Twitter suspended the document:

“The less [sic] dependents on a government welfare system, the better. The lower the unemployment rate, the better. Achieving ambitions [sic] social projects like universal healthcare and UBI [universal basic income] would become far more likely to succeed if tens of millions of dependents are removed. Even though new migrants do the dirty work, their kids typically don’t […]”

The shooter is hopeful that UBI and socialized medicine will succeed. Those are liberal traits.

“Remember that both Democrats and Republicans support immigration and work visas.”

The shooter is critical of both major parties and said so in multiple sentences throughout his rant.

“The decimation of our environment is creating a massive burden for future generations. Corporations are heading the destruction of our environment by shamelessly overharvesting resources. This has been a problem for decades […] If we can get rid of enough people, then our way of life can become more sustainable.”

The shooter is pro-environmentalism and seems to be anti-corporate. And maybe even a strict Malthusian who would put Thanos to shame. Let’s go on …

“I can’t bring myself to kill my fellow Americans. Even the Americans that seem hell-bent on destroying our country. Even if they are shameless race-mixers, massive polluters, haters of our collective values, etc. One day they will see the error of their ways.”

The shooter is not only a racist, calling for race-specific jurisdictions within the U.S., but also a collectivist: Not exactly a representative of the rugged individualism that marks the MAGA hat crowd.

“My opinions on automation, immigration, and the rest predate Trump and his campaign for president. I [am] putting this here because some people will blame the President or certain presidential candidates for the attack. This is not the case. I know that the media will probably call me a white supremacist anyway and blame Trump’s rhetoric. The media is infamous for fake news. Their reaction to this attack will likely just confirm that.”

Analysis: The saying attributed to Nazi leader Joseph Gobbels, “If you tell a lie big enough and keep repeating it, people will eventually come to believe it,” is perfectly exemplified by recent comments attempting to blame the GOP and Trump for this horrific tragedy. The narrative that conservatives are at fault for mass shootings has been debunked time and time again, as mass shooters come from a variety of political, religions, and other ideological backgrounds. Blaming the choice of weapon has also been refuted as the murder-minded will resort to knives where firearms are in short supply.

But mass-shooters all have one thing in common: They stupidly believe that killing innocent bystanders without warning is an effective way to enact social or political change. This is not an ideology, but insanity. For the minority party of an elector-heavy state to accuse the majority party of promoting insanity is the kind of incivility and hatred of which we should all be linking arms to rid ourselves.

To the Texas Democrats’s credit, their statement does not appear on the party’s official website. Yet the lie is already floating around that a “Trumpist” shot two dozen people in El Paso. This will do nothing but increase the overall sense of vitriol present in American politics of late. Doing so in the throes of tragedy is inexcusable and worthy of rejection by Texans — at the ballot box if no where else.