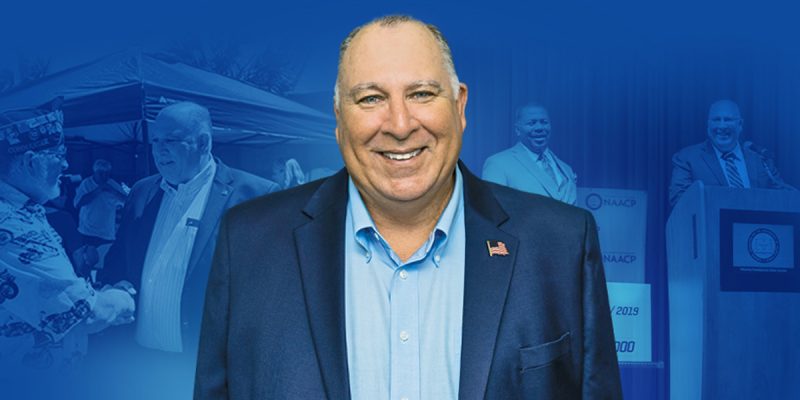 By all indications, regardless of what might happen in the governor’s election Louisiana is about to elect the most conservative, and perhaps least corrupt, Senate in its modern history. Which is a good thing, seeing as though it’s been the Senate, over the past 20 years or so, which has been the state’s No. 1 impediment to a sensible budget, real reform of things like tort law and overregulation and transparency in government.

Term limits have in large measure swept out the people in the Senate who have kept it as a bastion of old-school-Louisiana, big-government backwoods politics. At least, unless and until a new batch of people in that body should decide to maintain the Senate’s old practices of protecting the Capitol insiders against reform.

It’s important to keep that new batch from entering the Senate, which is a negative tint to the reverse statement – that there are people running who show promise as actual reform conservatives and would team with some of the good guys already in the Senate to turn the body into something the state’s voters can be proud of.

Some of the races in the Senate were essentially decided in favor of reform conservatism at qualifying. No Democrats qualified for Conrad Appel’s seat in Senate District 9, where Cameron Henry is expected to roll easily to victory over an underfunded GOP challenger, which means that seat will stay conservative. And whether Kirk Talbot, the favorite, or Arita Bohannan win in Senate District 10, we’re going to have a vast improvement over Danny Martiny. Patrick Connick has already won Senate District 8 without opposition; his House record doesn’t make him a particularly conservative vote but he represents a sizable victory simply because his entry into the Senate means John Alario’s exit. Likewise, while there are varying degrees of conservative promise in the three-Republican Senate District 25 field, it’s entirely likely that Johnny Guinn, Mark Abraham or Kevin Berken would be considerably better for reform conservatism than Blade Morrish was.

But to make the change in the Senate a radical one rather than just turning the ratchet a few notches, there are five Senate races where conservatives can create a truly independent conservative body to pair with the House and change what’s possible in Louisiana.

Milligan is good friends with, and in large measure a political carbon copy of, conservative hero Rep. Alan Seabaugh, and the two are running as something of a tag team as Seabaugh is running for re-election. The district, which contains much of the south side of Shreveport and picks up DeSoto Parish, is a Trump-friendly area (the president picked up 57 percent of the vote from there in 2016, while John Kennedy beat Foster Campbell 60-40 in District 38 that year).

Milkovich, a Democrat, got elected in a narrow 2015 win largely by touting his social conservatism and pro-life positions but on meat-and-potatoes issues of economics and limited government he’s an utter disaster. Milkovich is one of the prime culprits responsible for killing the tort reform bill in this year’s legislature which would have served to lower Louisiana’s sky-high car insurance rates. Not to mention he’s legitimately nuts, something he has put on display in the Senate chamber more times than we can count. Changing out a crazy trial lawyer Democrat who votes to keep the state poor and stupid for someone who actually believes in the private sector, economic growth, competition and limits on state government is a big win, and one which is quite possible. There’s a black Democrat in the race, Katrina Early, who looks like a real threat to siphon off a major chunk of the 36 percent black vote in the district, and if that happens Milkovich might be squeezed out of a runoff.

Robert Mills has to knock out Ryan Gatti in District 36

This one is no surprise to Hayride readers, as we’ve chronicled the miserable exploits of Gatti ever since he wormed his way into the Senate on promises of principled conservatism he never had interest in keeping. Gatti, the leading RINO in the Senate if not the entire legislature, is with Milkovich primarily responsible for killing the tort reform bill in this year’s legislative session and like Milkovich he tries to hide a dreadful record on economic and governmental issues by grandstanding on the social ones. But in Gatti’s case it’s worse, because he actually does damage to the causes he purports to be with conservatives on. He brought a school prayer bill, for example, which was patently unconstitutional and would have hurt that movement, and screamed when his bill was amended and improved. Not to mention that Gatti is John Bel Edwards’ leading backer in Northwest Louisiana, a place where the economy is as dead as anywhere in the state.

If you want to start making things happen in Bossier and Webster parishes, as well as the rest of the region, Mills is your man. He’s a longtime business executive and a LABI board member, a full-spectrum conservative, an extremely well-respected member of the community in Shreveport and Bossier and a conscientious guy who lacks the smarm and deceit Gatti has slimed the Capitol with over the last four years.

We feel pretty good about this one, as polling we’ve seen indicates Fesi (pictured atop this post), who ran against Norby Chabert four years ago and did respectably in a loss, has a shot at crashing through 50 percent in the primary. But there are five candidates in the race, and three – Fesi, Gisclair and Baldone – who have a shot at making the runoff. Fesi, an entrepreneur who built Pipeline Construction & Maintenance, Inc. into a sizable oil and gas service company and major employer in the Houma area, is exactly the kind of guy Louisiana’s Senate needs.

Baldone, who is a lot more likely to make the runoff than Gisclair (the Democrat representative from Thibodaux was actually telling people he was backing Fesi until John Bel Edwards talked him into qualifying, and the race he’s run so far can best be described as “low-energy”), is exactly the kind of guy we don’t need in the Senate – particularly after enduring 12 years of Chabert’s sleaze and RINOism. Hayride readers will remember Baldone, who by the way got caught up in the Ashley Madison mess, attempting to register as both a Democrat and a Republican before running for office a few years ago, which induced us to call him a political hermaphrodite. That isn’t the worst about him – he’s a trial lawyer and a former (terrible) state representative who made some $900,000 as a lobbyist for video poker interests in other states while serving in the Louisiana House, then he took an interim appointment as a Public Service Commissioner from John Bel Edwards on the promise he wouldn’t run for the seat and promptly broke it (losing badly to Craig Greene in that race), and since leaving politics has had a bankruptcy which is apparently still not discharged. If that’s not a glowing red light indicating he’s somebody we can’t afford at the Capitol, nothing is.

Cloud’s District 28 is a highly Trump-friendly seat, as it went for the president by 70 percent in 2016. But it nevertheless has been held by a Democrat, Eric Lafleur, for the past 12 years. Now that Lafleur is termed out and out of politics for now, it’s time for District 28 to vote for legislative seats the way it does in national elections. And Cloud, a businesswoman and the former mayor of the town of Turkey Creek, is a very attractive, well-spoken conservative who made lots of friends in a toe-in-the-water run for Secretary of State last year. She would be a staunch conservative reform vote.

Johnson and LeBas, a pair of termed-out Democrat state representatives whose seats will flip Republican this fall in all likelihood, would most certainly not be reform votes. Johnson, a trial lawyer from Marksville who served as the chair of the House Democrat delegation, is about as left as you can get representing a fairly conservative district, and LeBas isn’t much different. We’re not sure which one of these guys makes the runoff with Cloud, assuming there is one, but she’s a decent bet to beat either just on sheer activity and articulation.

Edith Carlin winning over J. Rogers Pope in District 13 would be icing on the cake

Carlin has drawn some rave reviews around District 13, which is centered in Livingston Parish but contains parts of East Baton Rouge and has been represented by Dale Erdey, as yet another articulate reform conservative. The race is a three-way all-Republican affair, with a third candidate in Deven Cavalier also running, but it’s thought that it’ll be a Carlin-Pope runoff.

And Pope is the kind of old-school, big-government “Republican” we’d be better off leaving in the past where he belongs.

Here’s the best example of that. When the Jindal education reform package was being debated, Pope was one of the few Republicans against it. Why? Because he was carrying water for the Livingston Parish courthouse mob, which is diametrically opposed to things like vouchers and charter schools. And why don’t they like those things? Not because they’re particularly worried about vouchers or charters in the Livingston public schools, which are among the best in the state. No, the reason is they don’t want those things to take hold in Baton Rouge, because if poor or middle class people had an opportunity to stay in East Baton Rouge Parish and get a decent education through school choice it would serve to drain the gas out of Livingston’s economic growth.

That’s the kind of small-mindedness Louisiana isn’t ever going to come off the bottom if we don’t let go of. Elect Carlin and you’ll have somebody in the Senate who thinks big. Elect Pope and you’ll have a dinosaur.

Interested in more national news? We've got you covered! See More National News
Previous Article Analysis of Proposition 4: Texas Not Like 41 States With Income Tax
Next Article The LAGOP Just Dropped A Johnny Anderson Ad, And We Are Much Entertained