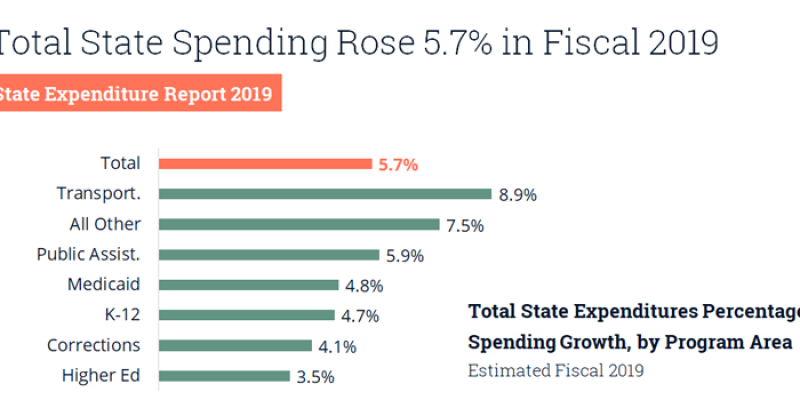 State government spending in fiscal 2019 increased at the largest rate since the end of the Great Recession, according to the latest State Expenditure report from the National Association of State Budget Officers (NASBO).

Seven out of eight geographic regions reported an increase in total state spending in fiscal 2019, according to the report. Western states reported the largest increases; Southwestern states saw a slight decline.

Much of the state spending increases were in transportation.

Spending from federal funds to states also rose in fiscal 2019, partly due to recent federal budget agreements, increasing by 4.7 percent compared to 3.5 percent in fiscal 2018.

Increased revenue also resulted in revenue surpluses for many states in fiscal years 2018 and 2019. Revenue gains toward the end of the fiscal year contributed to most states ending each fiscal year with a general fund surplus, which many deposited into their rainy day funds, the report says.