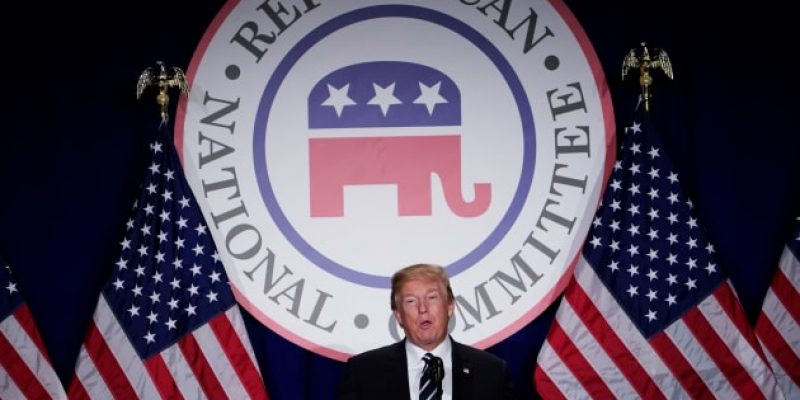 Republican fundraising has benefitted from impeachment rhetoric for the better part of the year but its’ partisan passage by House Democrats has created an even more lucrative environment for donor prospects for both the Trump Campaign and the Republican National Committee.

President Barack Obama was the best gun salesman and Nancy Pelosi, as it turns out, is the best Republican fundraiser.

The Trump campaign announced receiving more than $5 million in donations on what many are calling “Impeachment Day”. That 24-hour haul is more than the total most Democrats have raised throughout their entire campaigns and will top-off Trump’s nine-figure warchest.

It is safe to assume money will continue to pour in as the aftermath of the vote continues to unfold and the Trump Campaign is not “resting on their laurels”, sending Trump supporters nine separate texts asking for donations to help defend the President.

The tactic is sure to pay off as the campaign has been collecting supporter info for years and the President takes advantage of an approval rating near 90% among Republicans which was reflected in the completely united front by GOP members of Congress.

The RNC is also capitalizing on what they argue was political suicide for national Democrats, raising more than $20 million to the DNC’s $8 million in November alone. In 2019, the RNC out-raised the DNC roughly $215 million to $84 million. Even more shocking is the cash on hand numbers of about $63 million to $8 million.

Meanwhile, 2020 Democrats find themselves stuck in a divisive primary campaign, forcing them to spend valuable resources while President Trump enjoys the advantage of incumbency and an unprecedented level of unity within the Republican Party.