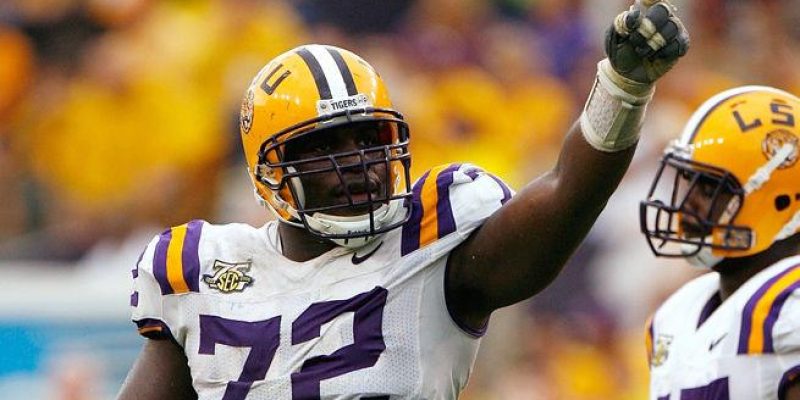 The year was 2007, the last national title season for the LSU Tiger football program. Since the Bowl Championship Series’ inception in 1998 to that point, no team had ever won two BCS national titles.

No team had ever won a national championship with two losses in a season, either.

No team, that is, until a damn strong one did it to complete an improbable 2007 campaign.

Twelve years later, as you prepare for the 2019 version of the Tigers to battle for another title, if you’re old enough and passionate enough of a fan, you can still scroll through the catalog of memories like photos on an IPhone. A month after head coach Les Miles cynically told the media to “have a great day” in response to a leaked story that alleged he was leaving to coach at his alma mater Michigan–a story that ESPN broke on the morning of the SEC championship game of all days–Miles’ “damn strong football team” whipped top-ranked Ohio State 38-24 to win the third national championship in school history and second in five seasons.

It was a season marked by improbable, close victories, two triple-overtime defeats, and an absolute miracle on the final weekend of the regular season that provided the perfect alignment for LSU to reach the title game in New Orleans.

It was also a year marked by one of the guttiest senior classes in school history, a group that, coincidentally, was the last recruiting class of former head coach Nick Saban, who led the Tigers to the title in 2003.

They had to lead a team that, in the 2007 NFL draft, had lost four NFL first round picks and a running back who had won the SEC and Sugar Bowl MVPs in the Tigers’ 2003 national championship season. All five had been on the offensive side of the ball.

And they had to do all of this with three new offensive assistant coaches, including offensive coordinator Gary Crowton.

Needless to say, while the Tigers’ preseason ranking of No. 2 was not completely unwarranted, the fact that they ended up there at the end of the regular season with a shot at the championship is truly remarkable.

The memories are real….

Rise to No. 1…The First Time

The Tigers had the national media gushing as they came out of the gate with a flurry. They opened the season on a rainy Thursday in Starkville, where they shut out Mississippi State, 45-0, limiting the Bulldogs to just 10 rushing yards on 26 carries. Senior safety Craig Steltz had three of LSU’s six interceptions and returned them for a total of 100 yards.

But what you may remember is receiver Brandon LaFell’s jaw-crunching block on Zach Smith near the sideline on a Matt Flynn scramble.

LSU had ten days to rest before its ESPN primetime showdown with No. 9 Virginia Tech. The Tigers were never threatened in front of of 92,739 at Tiger Stadium, driving right down the field on the Hokies’ vaunted defense for two 80-plus-yard touchdown drives to start the game. LSU rolled from there, 48-7.

But what you may remember is ESPN analyst Lee Corso joking at halftime that LSU could play in the NFL.

After a 44-0 victory over Middle Tennessee State, LSU defeated No. 14 South Carolina 28-16 on a wet Saturday afternoon in Tiger Stadium, surrendering a late Carolina touchdown that made the score look closer than it really was.

But what you may remember is the play of the game that would go on to be selected as the ESPN/Pontiac Game Changing Performance for Week 4, and help bolster the growing legend of the “Mad Hatter” head coach Les Miles. Miles called for a fake field goal, which was perfectly executed when quarterback and holder Flynn tossed an over-the-head, no-look toss that fell perfectly into the waiting arms of kicker Colt David, who ran it in for the touchdown.

You also may remember the ol’ ball coach Steve Spurrier being caught on CBS grinning and shaking his head afterwards on the South Carolina sideline. He recognized that type of play. For Tiger fans, it may have even felt like a small semblance of vindication for all those similar tricks he’d pulled out of his sleeve when he coached at Florida in the 1990s.

LSU struggled a bit while wearing alternate purple uniforms in a 34-9 victory over Tulane at the Louisiana Superdome in New Orleans. Those uni’s could be memorable or forgettable, depending on your viewpoint, but the thing you may remember concerning that win over the Green Wave is that it lifted the Tigers past USC into the No. 1 ranking in the AP poll.

It would be the first of three separate occasions the Tigers would hold the top ranking that season.

It would also be a prelude to another, more important, trip to the Superdome some months later.

But for now, in early October, the stage was set. The showdown loomed. It would be that week’s top-ranked team in LSU hosting the defending national champions, the powerful Florida Gators, led by quarterback Tim Tebow, on Saturday, October 6. It would prove to be a battle for the ages with more memories to recall than pictures an IPhone can store.

If you’ve forgotten any of them, just give Tebow a call….