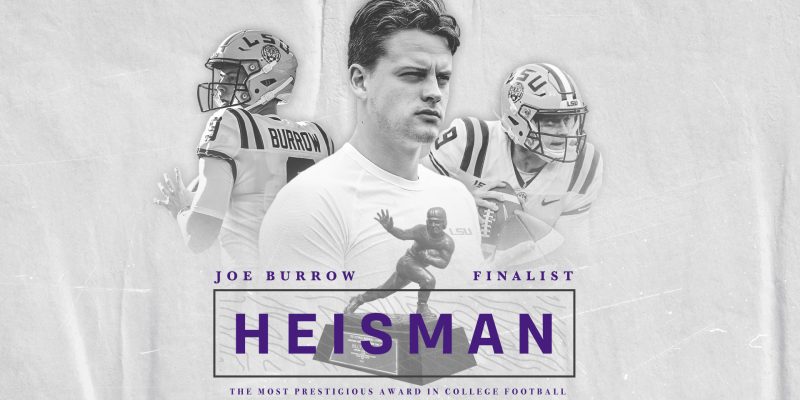 Joe Burrow is the latest, yes. But their was another that came before him.

He was arguably the greatest impact player LSU ever had, a weapon that seemed to be everywhere on the field, that seemed to strike just when his team needed it.

His alter-ego, the Honey Badger. His name, Tyrann Mathieu.

He was the juggernaut on a juggernaut of a 2011 team that came just one victory and a politics-less college football landscape from running away with LSU’s third national title in nine seasons.

Now, eight years after he played his final game at LSU, he is promoting the latest legend, the latest head-spinning weapon, to wear the purple and gold.

Mathieu got into trouble after a sophomore campaign in which he was invited to New York as one of the Heisman Trophy finalists. Had he played that third year at LSU in 2012, what great things might have happened. The Tigers would have certainly been in the national title hunt again, and Mathieu could have cemented his legacy as an all-time Tiger great with even more highlight reel plays. And perhaps even the Heisman.

Still, he took that season off and got his life together. He has not only flourished in the NFL, but is more importantly an inspiration for kids to look up to.

He has won at life it seems. And now he’s showing his support for a fellow Tiger to win the most coveted award in sports.

Joe Burrow is looking to become LSU’s second Heisman Trophy winner. The late Billy Cannon won the award in 1959, a year after LSU’s first national championship, the 1958 season when Cannon finished third in the Heisman voting.

Former running back Jerry Stovall placed second for the trophy in 1962. Ten years later, Bert Jones became the highest ranking LSU quarterback for the award when he placed fourth.

Come Saturday night, fourth will no longer be first.

Burrow, who earlier tonight was named the Walter Camp Player of the Year and the winner of the Davey O’Brien Award for the nation’s top quarterback, has overhauled the LSU record books this season, establishing school records for passing yards (4,715), passing TDs (48), passing yards per game (362.7), completions (342), total offense (5,004) and total offense per game (384.9).

When he was invited to New York, a surprise to no one, Burrow became LSU’s second “Heisman finalist” since the organization began recognizing finalists in 1982. The first to earn those honors?

It is fitting that LSU should join these two Tiger greats in the latest in a series of epic videos put out by the university.

It looks as though Mr Glenn Dorsey will be getting bumped out of the top 10 on Saturday night.

“I’ve been told I wasn’t good enough since recruiting,” said Burrow. “If you’re a hard worker, people are going to respect you and that’s all I try to bring to the table.”

Mathieu was that man as well, that diminutive player people doubted. He had to earn his respect. Now he’s an all-time great.

And so is No. 9. The only question Saturday night will be if he can break yet another record–for biggest Heisman landslide in the award’s illustrious history.

Welcome to the club, Joe.