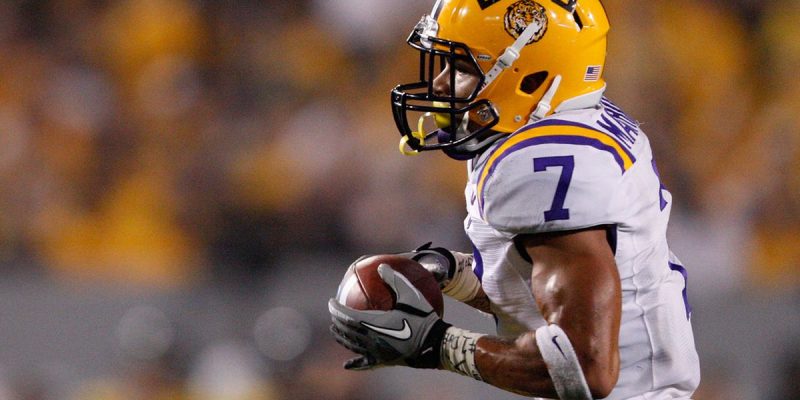 Read Part I here, as necessary context for a four-part series looking back at where Kansas City Chief star and Super Bowl participant Tyrann Mathieu was before turning his life around. Read Part II and Part III. 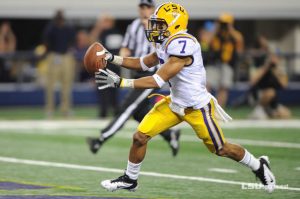 As Part III indicated, Tyrann Mathieu was reportedly giving serious consideration to stay at LSU as a full-time student in 2012 and petition to be reinstated to the football program for his senior season in 2013.

It would have been an unprecedented move from an All-American, Heisman-finalist-type player.

Unfortunately, despite Tiger fans’ hopes, it never came to pass.

Still, in Part III, I made a promise probably more to myself than to Mathieu that if he did in fact follow through on that plan, I would be the first to admit that some of the assumptions I made as a sportswriter and fan would have been wrong. I would have been the first to humble myself in the face of Mathieu’s obvious humility.

All of that–Mathieu returning to school and holding out to play his senior year–never happened.

Still, Tyrann Mathieu has defied the psychological odds and done a complete 180 since that dark day in August 2012 when he was released from the Tiger football team.

He has shown for seven NFL seasons now that he learned an invaluable lesson and has become the consummate professional athlete on the cusp of Super Bowl glory.

And because of that success, and after scoring a huge four-year contract with the Chiefs in the offseason, Mathieu was able to donate $1 million to the LSU football program last summer.

HUMBLED TO HAVE THE MATHIEU PLAYERS LOUNGE @LSUfootball
SO MANY MEMORIES COME TO MY MIND WEARING PURPLE AND GOLD. I HOPE THE PLAYERS ENJOY IT AS MUCH AS I HAVE! FOREVER LSU pic.twitter.com/y8UcwleDaz

Mathieu was somewhat of a surprise third round selection of the Arizona Cardinals in 2013. He was greatly aided by a former teammate at LSU, Patrick Peterson, who helped convince the Cardinal organization to take a chance on the troubled college star.

“The guy is ready to play football,” said Peterson after the 2013 draft. “He made a mistake, was in an unstable position where he got caught with the marijuana. But he understands the importance of being accountable and being a role model, so that stuff is behind him.”

It seems like eons ago now, but there was a very real question back then on whether Mathieu could stay clean. Arizona reportedly included a clause in his contract taking measures for him to do exactly that.

“We are going to take the necessary measures to make sure he walks the straight and narrow,” general manager Steve Klein said. “We felt comfortable with the risk that was involved.”

Said then-head coach Bruce Arians: “He impressed me so much in my office one on one, knowing at this point in time what he needs to do in his life. I was really taken aback a little bit. He knows what his problems are, but he also knows that someone will give him a chance, that he knows what he needs to make sure he succeeds.”

Tyrann Mathieu grabbed that chance given to him unlike any other star athlete I’ve ever seen. He has succeeded in not only staying in the league, but also being one of the dominant forces in it.

Most importantly, Mathieu just played a key role in getting the Chiefs to the Super Bowl. This past season was probably his second best as a pro, along with 2015 after which he was named 28th best by his peers in the NFL Top 100 Players of 2016.

He even remembered the man and former teammate who once took a chance on him.

“Somebody tell Pat P his lil bro did it again,” Mathieu said on Twitter. “I love you boy, I know you still believe in me. That carry me.”

I got to give it to you, Tyrann. You didn’t stay at LSU as I’d hoped, but you did make things right, most importantly for yourself and family. But for us Tiger fans who loved watching you take what you wanted as the Honey Badger on Saturdays years ago, know that, to use your own words, we love you boy, and that we still believe in you.

Interested in more news from Louisiana? We've got you covered! See More Louisiana News
Previous Article Yes, There Are 2 Air Force Ones; Questions Answered On Visiting America’s Most Famous Aircraft
Next Article SHUNNED: Pro-Life Group Told “No” for Super Bowl