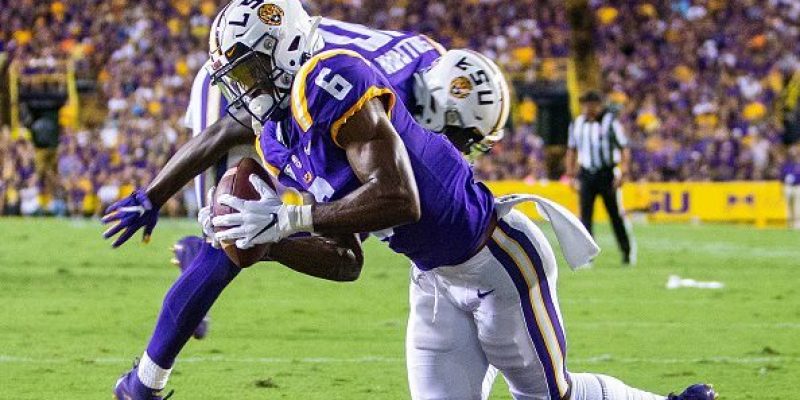 It has become the typical practice for most Power-5 schools, seeking to be in the College Football Playoff conversation, to include a marquee non-conference matchup on their schedule early in the season.

The reigning national champion LSU Tigers are no different.

Last year the No. 6 Tigers put everyone in the nation on alert when they went into Austin and beat the Longhorns and a hostile environment, 45-38.

With the latest news coming from campus, it is clear that LSU is still dedicated to bringing its fans the very best early season matchups.

Florida State isn’t the power it has been, but it is still a marquee name. Certainly by 2022 when the Seminoles and Tigers square off in the Superdome in a Labor Day weekend clash, Florida State could very well be back to national prominence.

LSU will travel to Florida, at Camping World Stadium in Orlando, for another Labor Day weekend showdown in 2023.

Hopefully Florida State will see a resurgence on the field, but even if it doesn’t, it’s Florida State. There is pedigree in the name, just as when LSU squared off against Miami in 2018.

“Our team looks forward to playing Florida State to open the 2022 and 2023 seasons,” LSU head coach Ed Orgeron said. “To play a traditional power like Florida State is a challenge that excites our team. Playing in New Orleans and Orlando is a great opportunity for us to showcase to recruits the LSU program. We look forward to playing anyone, anywhere at any time.”

Ah, yes. Coach O. It’s exactly what he said after the SEC Championship game when there was still that silly question on whether or not his Tigers should be seeded No. 1 going into the playoffs.

Despite the programs’ recent trends in the opposite direction, LSU is 2-7 all-time against Florida State. The last meeting was in 1991 in Tiger Stadium when top-ranked Florida State overcame a quick 13-0 LSU start to win, 27-16. The year before that, the Seminoles embarrassed the Tigers in Tallahassee, 42-3.

Back then, it was Bobby Bowden’s Florida State team that was the perennial power. LSU wasn’t even in the conversation for national championships under head coaches.

ESPN’s Peter Derzis used the word “iconic” to describe the two football programs, and that is exactly why these games are so much fun for players and fans alike.

“LSU and Florida State are two of college football’s most iconic brands, and we look forward to renewing this series,” Derzis, ESPN senior vice president of college sports programming and ESPN Events, said. “When scheduling neutral-site games, our goal is always to provide fans and viewers an incredible matchup, and we feel we’ve done exactly that with these highly-anticipated events.”

If another magical 15-0 season ever takes place, it is clear that Coach O and his boys will have to earn it.