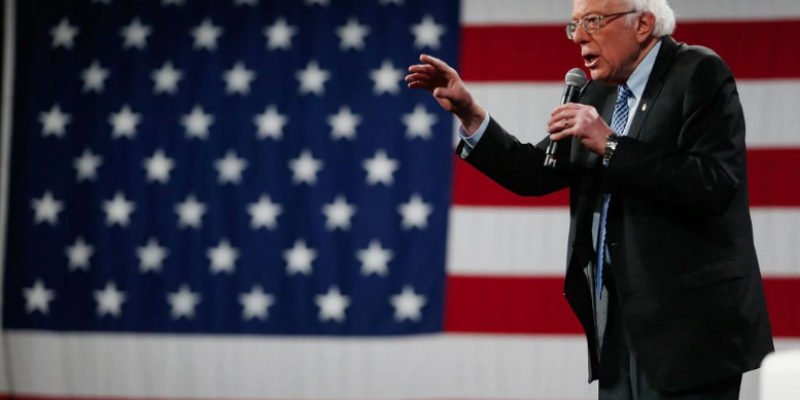 Let us all hope that this never becomes a situation down the line where they are saying, “Can you hear me now?”

Alexandria Ocasio-Cortez, the unapologetic socialist himself, is being called “the future” of the Democratic Party by DNC Chair Tom Perez.

Bernie Sanders is right there in the mix to become the Democratic Party’s 2020 nominee to oppose President Donald Trump.

As we all know, this isn’t the Democratic Party of John F Kennedy. It isn’t even the one of Bill Clinton.

It has been a slow, consistent decline of the party into socialistic ideals. And it isn’t stopping any time soon.

This is why Americans who got out to the polls in 2016 must stay vigilant. They must continue the crusade for capitalism, yes, admittedly, with all of its own shortcomings in itself.

The importance of staying awake goes beyond 2020, though. Even in the likely event that Trump is voted into another four years in office, there will be a 2024 election and a new Republican candidate.

Voters who value the American way as drawn up by our founding fathers must keep the candle lit, because if things go south as they quite possibly could, there might not be another election as we know it in 2028.

The American media will try to contend that U.S. democratic socialists are not in the same camp as Latin American leftists, but some Venezuelan-Americans don’t see much difference at all.

And that’s the ploy. That’s the trick. It’s the slow, slippery slope effect the Left is counting on–has been counting on for decades now.

As evidence of their success, and their insidious patience in achieving it, just look again, once more, at the slow change in the Democratic Party over the last several decades. When Bernie Sanders can make Bill Clinton look like Richard Nixon, we as American voters had better pay attention.

That’s what made Trump so necessary when he came along. And it’s why he is so despised by the Left.

He is a threat to what they ultimately want. He is the exact President these Venezuelan-Americans, who are watching their homeland fall apart from afar, are saying we need to keep supporting.

It isn’t just Venezuelans living here that hold this opinion, either. There are those on the homeland that are screaming their very own cautionary tale to anyone who will listen here in the States.

Reached by telephone, young activist Daniel DiMartino told the online site TheBlaze that a great number of his fellow countrymen were duped by the late Hugo Chavez into believing the country was poorer than it actually was.

“We were able to put food on the table, work hard, and pay for what we wanted. We were rich but didn’t know it,” DiMartino said. “I don’t want Americans to wake up one day and find themselves saying the same thing.”

It isn’t the rich and famous in America DiMartino is talking about, the ones socialists love to practically vilify. It is the hard-working everyday Americans that choose to take the opportunities they are afforded in life to make something better of themselves and their families.

This is what America is.

Victor Perez, a Venezuelan-American finance executive living in Miami, recognizes the uncanny, disturbing similarities between the reasoning of chavistas in Venezuela and that of American clamoring for a Presidential change to the likes of Sanders or any other socialist.

“I’m now seeing the same arrogance from Bernie Sanders’ backers and so-called ‘democratic socialists’ that we had,” Perez said. “They say ‘oh, but we have checks and balances that wouldn’t allow that to happen.’ You know who else thought that? We did! The same Venezuelans who are now searching through trash to find food.”

“Bernie Sanders is your enemy,” said one man. “Do not ever, ever get involved with this individual or any of the other socialists. You do not ever want anyone even close to socialism to come to this country.”

Another rally participant said that while socialism poses as the helper of the poor, it eventually fails them and walks away from those promises.

“People are eating from trash bags in the streets,” she said.

“Check your history, look at the news. Look at all the countries that have failed under a socialist government, like Cuba, like Venezuela,” said another.

“We also thought that this could never happen in our country. We had a balance of powers. We had democracy and we elected our leaders,” said still another.

Nothing but misery and despair is what socialism will bring. But the fact that it is indeed nothing that is the everything making it absolutely, unequivocally necessary that the right man is voted back into office later this year.

And the right man or woman four years from now as well, because know this–if history tells us anything, they won’t ever stop coming.