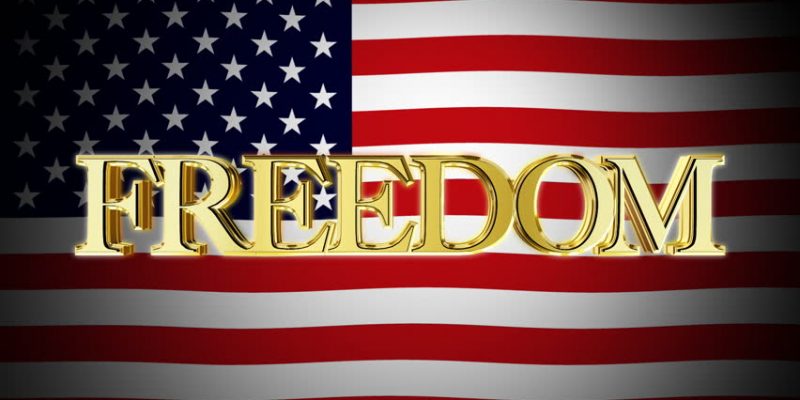 Late last week, President Trump reignited the conversation about reopening at least parts of the U.S. economy. He argued that the nation “was meant to be open and vibrant and great.”

“I hope I’m going to make the right decision,” he said. “I will be basing it on a lot of very smart people, a lot of professionals, doctors, and business leaders. There are a lot of things that go into a decision like that. And it’s going to be based on a lot of facts and instincts. Whether you like it or not, there is a certain instinct to it.”

The President knows exactly who will be working at every turn to smash those “instincts” to bits, no matter what progress will likely be made.

As the week turned this past Monday, he used bold, bottom-line language in stating that his authority on opening the nation back up for business was “total.” This of course earned the pushback of members of Congress, legal experts, and state officials, who used the Constitution to prove otherwise.

But three commentators in particular have done a yeoman’s job in doing what all commentators should attempt to do, at least when an issue is still in question:

They considered more than one side of Trump’s stance, a far cry from the polarized, angry politics this country has gotten all too accustomed to for decades, especially now that everyone can have an opinion on social media.

Judge Andrew Napolitano confirmed that it is up to the states to open their respective economies back up, yes, but he also believes those same governors unfortunately mandated a lifestyle that took away from their constituents’ civil liberties in the first place.

“We are witnessing the slow death of civil liberties in the name of public safety,” Napolitano said on Fox & Friends. “When a drone hovers over you, that is surveillance, and surveillance is a search. This is not me. This is the Supreme Court. A search can’t go on without a search warrant.”

Brett Baier of Fox News approached the “total authority” claim in a similar way. He not only said that the “Constitution is pretty clear,” but also pointed out that had a Democratic President said these words, Republicans’ reaction would be similar to what those on the Left are saying, both in government and on social media.

“I think that there’s hypocrisy here, in that, one, if President Obama had said those words, that the authority is total with the presidency, conservatives’ heads would’ve exploded across the board.”

But like Judge Napolitano, Baier put on his thinking cap, avoided partisan rhetoric, and gave the American public something else to chew on. He took issue with how opponents of Trump were framing the narrative of his words, reminding people that just one week ago there was growing support for the Trump administration to issue a nationwide stay-at-home order, forcing those states to comply with the rest of the country.

Trump didn’t do this, which flies in the face of the idea that he truly wants total authority. He has in fact allowed the states their rights, as the Constitution goes.

Baier was on point to reveal this hidden hypocrisy as well.

“A week ago there was a lot of coverage saying, why isn’t there a national stay-at-home order? … But now it’s, no, he can’t open up [the economy].”

Fox News senior political analyst Brit Hume was similar in his multifaceted approach to Trump’s words, except he was much more critical in his word choice concerning the President’s “serial exaggerations.”

POTUS claims of absolute power in Covid 19 emergency are constitutional nonsense, another of his serial exaggerations. The reaction to them are another case of media’s insistent focus on the stuff he says, as if that is more important than what he actually does. (cont’d)

Despite the fact that Hume is right, that the media should focus on what the President does instead of what he says, Baier’s analysis is correct in that a similar allowance would not have been made to Obama or another Democratic President.

Perhaps this is why so many Americans miss the velvety speaker Obama was and trash Trump in the process, stopping at what he says and ignoring what he does.

Perhaps this is why so many Americans don’t mind a serial exaggerator like Trump if he can simply get things done, in their minds, when Obama didn’t.

All of this is a matter of perspective. And it makes the likes of Napolitano, Baier, and Hume all the more important. We must emerge from this polarized political discourse and do what we can to think more critically.

Democratic State Representative Karen Whitsett recently showed that this can in fact happen in the political world, where she had the courage to praise President Trump for saving her life from the coronavirus.

“If President Trump had not talked about this, it wouldn’t have been something that would be accessible for anyone to be able to get right now,” said State Representative Karen Whitsett of Michigan. “He is the only person who has the power to make it a priority.”

When a Democratic politician praises the President as playing a key role in her recovery, you’re inclined to believe it as Gospel.

And that truly is a shame in today’s “gotcha” oriented American society.

Perhaps the most telling piece of this developing story, one all Americans should pay attention to, is from the mouth—or the tweet—of the President himself regarding New York Gov Andrew Cuomo’s warning to Trump against removing national social distancing requirements.

Cuomo said there would be a “problem” with interfering with his plans for his state.

One commenter under the tweet to follow here says it all. It encapsulates the head exploding on the Left, of which Baier was referring to concerning the Right.

“King Trump thinks Governor Cuomo is his royal subject or something. Of course Cuomo has ‘Independence.’ He’s the governor of New York and doesn’t report to the President. He reports to the people of New York State whom he serves.

In politics, people pounce. They lust for blood, It’s the same thing in media, both mainstream and social.

Trump’s actual tweet may tell us everything we need to know about why he said what he said about “total authority.” It also shows that the above commenter cared nothing for the President’s context:

Cuomo’s been calling daily, even hourly, begging for everything, most of which should have been the state’s responsibility, such as new hospitals, beds, ventilators, etc. I got it all done for him, and everyone else, and now he seems to want Independence! That won’t happen!

If Trump is right, this seems like a variation of the Golden Book story of the little red hen. None of the other animals wanted to help the little red hen in the working process, but everybody wanted to eat come chow time. Critical thinking says that, given Trump’s advocacy for states’ rights the last couple months, it would make sense for him to switch to a more authoritative stand only if those states stepped out of line, or, didn’t do their jobs. It appears as if one thought could be that, according to Trump’s tweet that New York didn’t do its work ahead of time, and because Trump and the federal government came to the rescue, Gov Cuomo and the state should trust that that same goodwill and intent is forthcoming from the top.

Trump appears to be saying you can’t depend on the federal government to rescue you and then slap it in the face when it’s time to move the country forward.

I don’t know if that’s good or bad for our country. I really don’t. The President could be dead wrong here, regardless of his reasoning.

Just think about it, even though I also could be dead wrong. And I’ll continue to do the same.