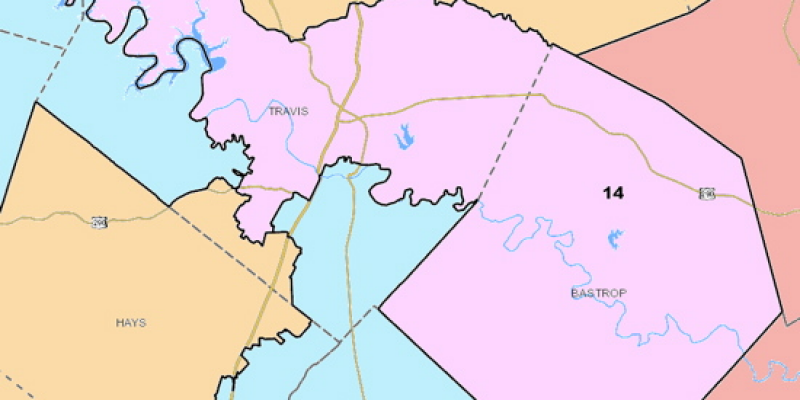 The race to temporarily replace a longtime fixture of Austin-area politics in the Texas Senate has begun in earnest.

The Texas Senate District 14 special election, which was rescheduled for July 14 (the date of the primary runoff) due to coronavirus/COVID-19 concerns, is seeing its first filers. Filing lasts through May 15.

Former Sen. Kirk Watson resigned from the state Senate to become the dean of the University of Houston’s Hobby School of Public Affairs. Filers so far include Rep. Eddie Rodriguez (D-Austin) , who announced in early March, and Travis County Judge Sarah Eckhardt, a Democrat.

“Central Texas needs a State Senator who understands the issues facing working families and small businesses. In this time of crisis, I am fighting for you as we face COVID-19 and the economic fallout together,” Rodriguez said, who via Twitter opposed “reopening” the economy without universal paid sick leave.

Eckhardt, who announced she was leaving her County Judge post, has raised eyebrows by continuing to assume her former office — recently pushing for a mandatory mask order.

Of the early rumored candidates, Democratic-Socialist Austin Council member Greg Casar announced he will not run for Texas Senate, commenting that the district which loops in much of rural and semi-rural Bastrop County may be too conservative for him.

“Central Texas voters are no longer interested in fighting Washington D.C.’s battles at the Texas Capitol,” Zimmerman said in a press release. “We find ourselves in not one but several economic emergencies — rest assured this will be reflected at the ballot box in July.”

Adam Loewy, an Austin attorney, said he will make an announcement on Thursday.

From the hip: The Democrats are already in a position for a temporary civil war to wrest control of the district.

Dixon denies the Libertarian Party is either right or left and therefore would draw from a different pool of voters, but Liberty movement voters may find themselves scratching their heads over Zimmerman or Dixon as Zimmerman was a strong Ron Paul backer in 2008 and 2012. Zimmerman is a Republican precinct chairman in Travis County, narrowly defeated in a bid for county chairman in recent years and prevented by a single vote from entering the Texas House District 47 Republican Primary Runoff.

As we noted in a previous analysis, the district is custom-tailored for a Democratic occupant. Whichever party holds SD 14 in 2021 will be in a strong position to redraw the boundaries.

If Republicans play their cards right and get behind a single candidate, this special election could become a surprise upset providing another jolt of optimism for conservatives on the November ballot.

But in that there are 31 Texas Senate seats, and with the district lines at stake, Democrats will drop a lot of cash on keeping this district blue. It will be an uphill battle for any non-Democrat to win.

Interested in more news from Texas? We've got you covered! See More Texas News
Previous Article University of Texas investigated for links to Wuhan lab
Next Article Some Texas businesses argue it doesn’t make sense to operate at 25 percent capacity