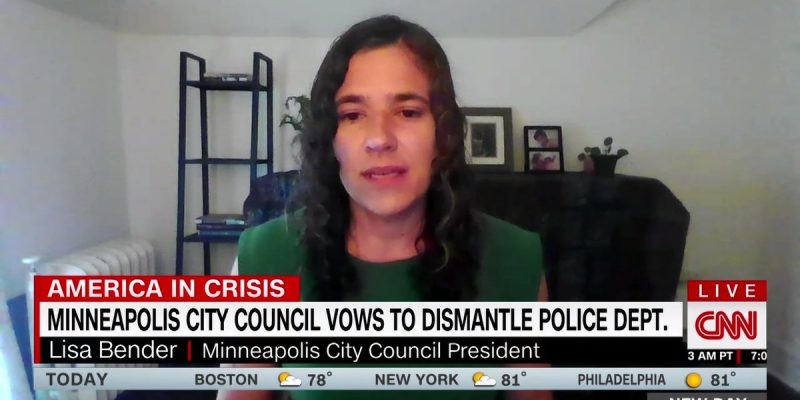 The Minneapolis City Council on Sunday voted to disband its police department and invest in community-based public safety programs following calls from activists to “defund the police,” in the wake of George Floyd’s death at the hands of a Minneapolis police officer.

2020 has already been such a trying, nerve-wracking year that it was difficult to comprehend what I was reading.  Minneapolis, an American city of approximately 425,000, has decided to disband its police force and replace it with “public safety programs.”

There will no longer be any police protection.  If they were not already there, I am certain Antifa and other violent protesters are now gleefully headed to the City knowing that their violence and lawlessness will now go unchecked.

This decision by the Minneapolis City Council is simply mind-boggling.  It represents the height of unhinged liberalism and Political Correctness.  Sadly, the innocent citizens of that city will pay for this gross error in judgment.  I would very much like to be wrong about this, but I am virtually certain that we are about to see a major increase in crime in that city.  Why wouldn’t we? There has been a police presence during the rioting and looting these past few days and looters were laughing as they left various stores, before setting them on fire, with their stolen goods.  Crimes will now be committed with no reservation or hesitation.  This change will not only result in more physical harm to residents, stealing and destruction of property but the number of murders will increase.  Sadly, I believe violence will leap to historic highs.

History has shown us time and again that when law enforcement authority disappears that vacuum is filled by lawlessness and anarchy.  Men are essentially like animals when they are not subjected to restraint or control.  Without rules and regulations that are enforced by legitimate authority you have violence, destruction and chaos.

There will be no security for the private property or lives of citizens.  It will be Might Makes Right, the strong survive and rule, and minority voices are silenced.

I am stunned by how naïve this approach is.  The warm fuzzies are not going to work on these people.  “How long are we going to abdicate law and order,” House Leader Gerald Ford asked in 1966, “in favor of a soft social theory that the man who heaves a brick through your window or tosses a firebomb into your car is simply the misunderstood and underprivileged product of a broken home?”

I simply cannot fathom this decision by the Minneapolis City Council.

Interested in more national news? We've got you covered! See More National News
Previous Article You Want To Defund The Police? We’ve Seen That Movie Before
Next Article Here’s the Problem with That New Poll Showing Biden Beating Trump