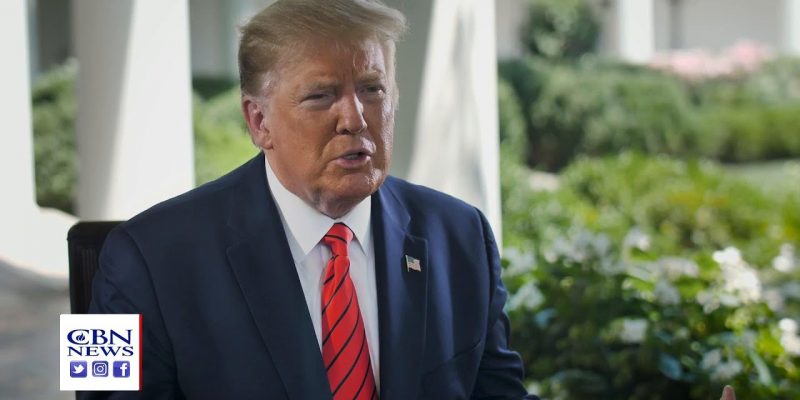 President Donald Trump announced the preliminary results of his administrations efforts to deregulate the federal government.

So far, $50 billion in regulatory costs have been saved, the White House said in a statement.

The White House Council of Economic Advisers (CEA) estimates that 20 of the administration’s deregulatory actions will save U.S. consumers and businesses over $220 billion per year, and are projected to boost household incomes by $3,100 annually in the coming years.

By current projections, the CEA estimates that cutting red tape will result in real incomes for Americans to rise by $53 billion per year between 2021 and 2029.

“Overregulation falls disproportionately on the shoulders of lower-income families, who spend a larger share of their incomes on heavily regulated goods and services,” the White House states. “Those purchases include transportation, food, and healthcare. Such government burdens also cost American jobs by causing workers to be replaced with lower-cost machines.”

Some of these regulations are in the health care industry, which the Foundation for Government Accountability (FGA) says will “unleash unprecedented innovation in the way patients receive and pay for treatment.”

Josh Archambault, senior fellow at the Foundation for Government Accountability, told the Center Square, “By removing the crushing regulations that block American consumers from accessing the best value care possible – and the ability to choose the insurance plan that best fits their needs – the administration is proving once again that they are fierce advocates for American patients. As just a few examples, they have provided real choices for Americans with more flexible association health plans, short-term plans, and real price transparency.”

Trump also announced a new federal rule Thursday that will cut bureaucratic red tape further to lessen the time it takes for the environmental review processes for proposed highways, gas pipelines and other major infrastructure projects.

Lara Levison, senior federal policy director at the environmental group Oceana, told Fox News, “President Trump is taking a jackhammer to the foundation of environmental protections in our country. Anyone that values our environment should be outraged by these expected changes.”

In his remarks, Trump criticized the Biden-Sanders unity plan, arguing it would “use the weapon of federal regulation to tie the hands of our police departments by abolishing cash bail. Think of that: Bail? No problem. They killed somebody – let them out.”

“They are proposing to re-enter the job killing unfair Paris Climate Accord, which will cost our country trillions of dollars,” he added, saying their plan, “mandate[s] net zero emissions from all new homes and buildings, skyrocketing the cost of construction and putting the goal of homeownership out of reach for millions [and] destroying the look of the home.”

Sen. Sanders argues the proposal “will move this country in a much-needed progressive direction.”