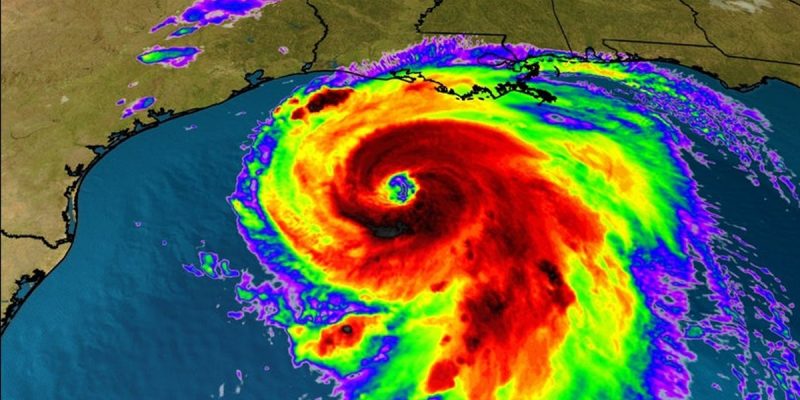 If you watched Gov. John Bel Edwards’ press briefing a little while ago, you probably noticed Edwards seemed to have more to say about COVID-19 than Hurricane Laura, extending the state’s Phase 2 status until Sept. 11. This doesn’t seem like a particularly smart piece of governance.

Edwards’ approach to the hurricane, which might be a Category 4 storm with up to 20 feet of storm surge as it zeroes in on Cameron Parish in the far southwest of Louisiana, with a path practically taking it over the Sabine River as it heads north along the Louisiana-Texas state line, has already been significantly colored by the virus.

He’s saying that the state has been busing people out of the area the storm is set to affect, and taking them to hotels. But as far away as Baton Rouge hotels are booked solid. Edwards said they might be able to evacuate a thousand people or so. Whether those buses can fill up thanks to his COVID restrictions is a question.

Everybody else seems to be on their own. With, essentially, a reprise of Hurricane Rita on the way in.

And normally, that might be OK. But after five months of Edwards’ economic shutdown, everybody’s out of work and broke. And Lake Charles is worse off than anywhere else in Louisiana. The July job numbers for Louisiana came out a couple of days ago, and Lake Charles was the state’s worst-hit area over the past month (and over the past year, not counting the two biggest markets in New Orleans and Baton Rouge).

Meaning that you’re telling people who don’t have any money they’ve got to gas up the car and drive hundreds of miles until they can find a hotel.

That’s what they pay taxes for? Doesn’t seem like a very good deal. The point of having a state government as big as Louisiana’s is should be that when a hurricane comes the state can at least do things like set up shelters for people whose homes get washed away.

Obviously you wouldn’t set those shelters up in Lake Charles, not when the whole city is subject to being flooded. But the Cajundome in Lafayette, the facilities at Fort Polk, Rapides Parish Coliseum in Alexandria – those places would seem to be useful as hurricane shelters.

And because of COVID-19 he’s not going to use them? Really?

Then there is this… 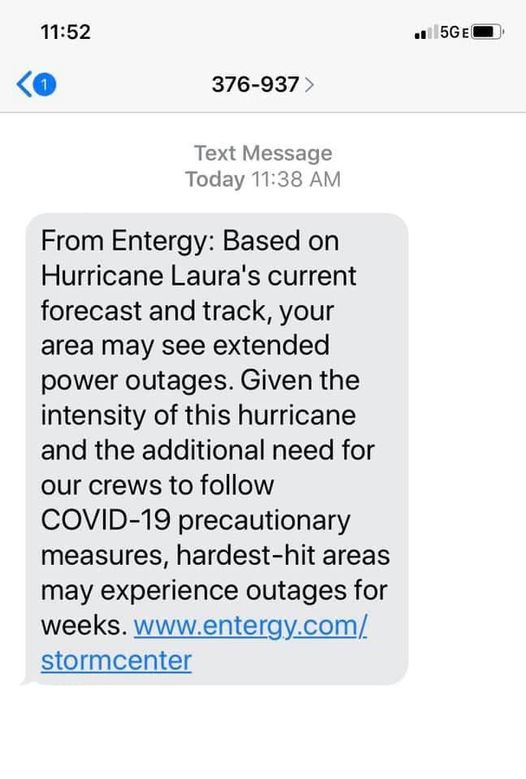 Safe to say that isn’t likely to be too popular.

If you like, you can say this is all just a sign of the times and this is what we all have to deal with.

Maybe. But we’ve got a vision in our heads of people trying to rebuild from Hurricane Laura in Lake Charles and elsewhere in South Louisiana, and those people will find themselves forced to line up in six-foot increments in the parking lot of a Stine Lumber or Home Depot, being asked to wear masks in 95-degree heat for the privilege of buying generators, building supplies, tools and equipment and whatever else, and in that vision it’s only a matter of time before all hell breaks loose.

At some point you have to recognize that COVID-19 has a 0.3 percent death rate. A hurricane, and even the aftermath of a hurricane, carries a whole lot more risk than that. And prioritizing a virus over a Cat 4 isn’t just stupid, it’s dangerous.

This won’t be a good week for Louisiana. It already isn’t one for the state’s leadership.