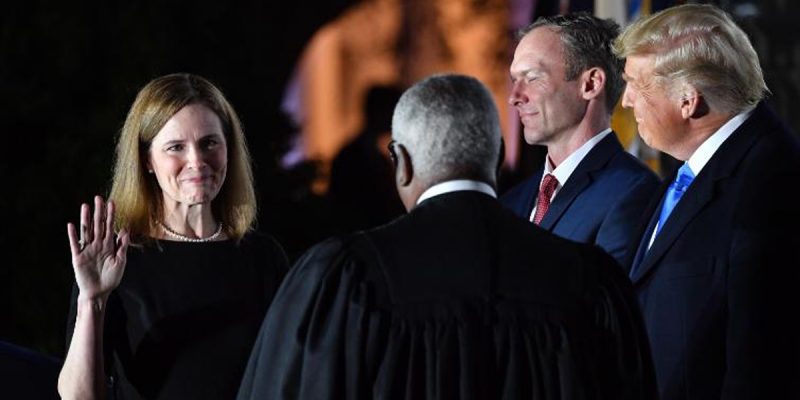 ACB: Take a look around you!

History has been made again. The nation is abuzz with the confirmation of Amy Coney Barrett to the United States Supreme Court. It seems that with every female supreme court appointment, history is made. President Reagan kicked off the modern era of “historic women’s moments” when he appointed the nation’s first woman, Justice Sandra Day O’Connor, to the Supreme Court in 1981. And then of course, we discussed RGB last month with her passing. She was appointed in 1993 by President Clinton.

Justice Sotomayor and Justice Kagan made headlines as Sotomayor was the first Hispanic and Latina member of the court, ever. And Kagan was the first female of many things before being named to the court, such as becoming Dean of Harvard and Solicitor General of the United States. Quite an impressive resume.

And now, Bayou State citizens can feel a unique personal pride as the next history making Supreme Court appointee will be Coney Barrett, a New Orleans native.

What’s so puzzling to me is that these historic appointments should not be that historic in 2020. In the United States, about a fifth of all law partners and law school deans are women, a quarter of the federal bench, and nearly half of all law school graduates are women. So just as mentioned before, women make up 55% of the electorate, yet we are indelibly slow to take our seats at the table when it comes to leadership roles.

These trailblazing women again show us all what can be done. But what a sad commentary that so few women have been appointed to the nation’s highest court or so few serve in our state legislature.

So, I come to you today with a plea; simply look around you.

Take in your surroundings whether you are a man or a woman. Look at the people that you work with. Who is sitting next to you at the restaurant? On the bus? At your kid’s soccer game? Women are everywhere and in all of these places, yet they do not show up as often as they should in policy-making arenas.

It is not to say that our culture has caught up with the concept either. Women do still hear comments as recently as six years ago, like “women belong in the kitchen” or “aren’t you JUST a PTA mom?” It is easy to see that in Louisiana, we still have a long way to go in making it normal that women run for elected office, serve on boards or serve in leadership roles. But that is really the job of women to ensure that we make this happen. We cannot rely on others who have not caught up to the 21st century. We must rely on ourselves and those who know it is more than “acceptable,” it is normal for women to run for office or serve on boards.

So, look around you. Look in your neighborhood, in your friend group, in your workplace and in your mirror. You may see our next leader or statewide elected official. Let us know who they are. This is the only way that we can fulfill the vision that women belong at the policy making table. And that like the history making women on the Supreme Court, Louisiana women do indeed lead!