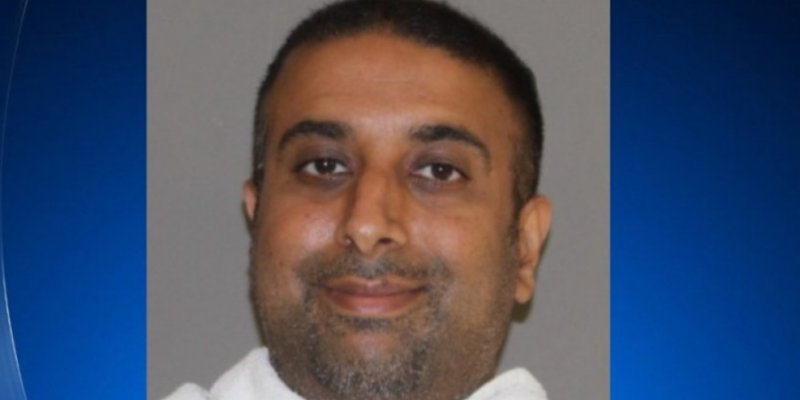 A Democratic candidate for mayor of Carrollton, Texas has been arrested on over 100 counts of alleged voter fraud.

Mohamed was charged with 84 counts of mail ballot application fraud and 25 counts of unlawful possession of an official mail ballot.

“I strongly commend the Denton County Sheriff’s Office, the Lewisville Police Department, and Texas Department of Public Safety as well as the Denton Elections and District Attorney’s offices for their outstanding work on this case and their commitment to ensuring a free and fair Presidential election in the face of unprecedented voter fraud,” Attorney General Paxton said in a statement.

“Mail ballots are inherently insecure and vulnerable to fraud, and I am committed to safeguarding the integrity of our elections,” Paxton added. “My office is prepared to assist any Texas county in combating this form of fraud.”

Mohamed allegedly obtained a mailbox using a false identity, forged at least 84 voter registration applications for Denton residents unbeknownst to them, and had the applications sent to a fraudulent location. At the time of his arrest, Mohamed was in the process of stuffing envelopes with additional mail ballot applications for neighboring Dallas County, the Attorney General’s Office said.

Mohamed was running against the incumbent Republican Mayor Kevin Falconer, who was already expected to win reelection in Carrollton, a city located roughly one hour north of Dallas.

Mohamed is being held in Denton County jail and his bond has not been set at the time of publication.

County and state investigators issued a search warrant on his home in Carrollton and discovered the 25 ballots, the Denton County Sheriff’s Office said.

According to the sheriff’s office, on Sept. 23, investigators learned that someone had requested absentee ballots be sent to a P.O. Box in Lewisville, Texas, which allegedly belonged to a nursing home facility. But when investigators contacted Carrollton residents whose ballots had been requested, they said they had not applied for them and had no knowledge of this.

On Wednesday, Mohamed picked up the box of requested ballots and the police followed him to his home. They presented a search warrant and searched his home during which they found a box containing the registered ballots, with several already open.

“Voter fraud is a serious and widespread issue and cannot be tolerated,” Denton County Sheriff Tracey Murphree said in a statement. “The fact an actual candidate for public office would engage in these activities is appalling. We will continue to aggressively investigate allegations of voter fraud.”

If convicted, Mohamed faces up to 20 years in prison.