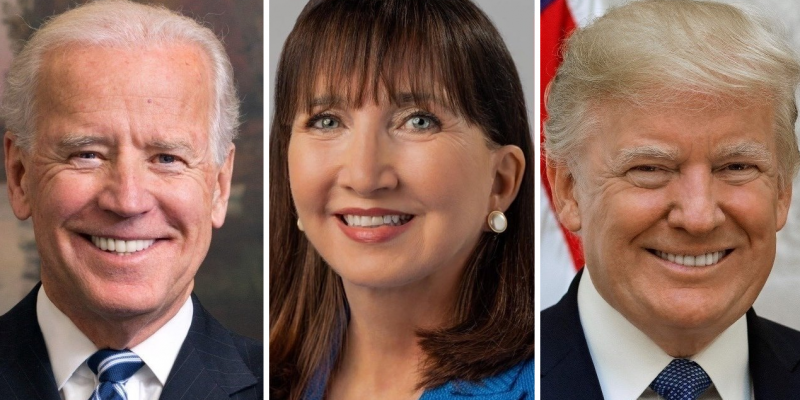 This year may have had no Ross Perot or John Anderson on the ballot, but third-party candidates are nonetheless making a noticeable impact.

Though the picture is changing by the minute, at the time of writing 4,915,409 votes separated Joe Biden from Donald Trump in the 2020 presidential election.

With Libertarian candidate Jo Jorgensen‘s 1.8 million votes, Green Party nominee Howie Hawkins‘s 362,329 votes, and roughly 400,000 for assorted third-party, independent, and write-in choices combined, it’s not nearly enough to upturn the popular vote for U.S. President by and large. The electoral map is a whole other subject, and the state-by-state total may be affected greatly by their seemingly quixotic runs for the White House.

The threat to Republican and Democrat candidates of third-party “spoilers” looms large in politics across the nation, especially as the presidential edge narrows in several battleground states, and particularly down ballot.

In September, a coalition of Texas Republican candidates and organizations sued to remove Libertarians for refusing to pay a newly imposed filing fee. The Supreme Court of Texas dismissed the suit, claiming the deadline to remove candidates had passed. But previously, Democrats were successful in removing Green Party nominees for U.S. Senate and Texas Congressional District 21.

Although Green and Libertarian advocates say that their parties draw from both the left and the right, the political reality is that Democrats recognize Green Party candidates owe their strength to progressive-liberals who are upset at corporate and special interest group control of the Democratic Party, and Republicans recognize Libertarians draw from a common pool of smaller-government supporters who do not prefer the GOP for various reasons.

In Wisconsin, according to a New York Times report, Republicans allegedly tried to get Hawkins on the ballot but failed to do so. In Montana, the Times noted, Republicans aided Greens in races for Senator and Governor but were found to have violated campaign finance laws in doing so.

Reuters pointed out in a recent analysis that the vote differentials between Biden and Trump in Georgia, Pennsylvania and Arizona were smaller than the number of votes Jorgensen had collected in those states. In Nevada and Wisconsin, Jorgensen’s total plus the number of voters who selected “none of the above” exceeded the gap. We took a look at these five battlegrounds below, with third-party strength consolidated (for now, until we can dig up some more exact numbers):

In Texas, there is some evidence that liberal-friendly candidates had run as Libertarians. Texas State Board of Education District 10 incumbent Tom Maynard, a Republican, pointed out his Libertarian opponent may be aligned with Democrats. Trip Siebold appears supportive of nearby Democratic Texas House incumbent Rep. James Talarico, as a photo shared by Maynard, apparently from Facebook, indicates (see photo at right).

But in Maynard’s contest the edge was much narrower — a squeaker of a race in which Maynard took 50.9%, Democrat Marsha Burnett-Webster won 45.8%, and Libertarian Siebold 3.3%. Siebold came within striking distance of tipping the balance to the Democrat.

The question remains whether third parties draw primarily from one party or the other thus “spoiling” either of the major candidates. In the case of Joregenson, she said in an interview with Reuters that Trump and Biden were their “own spoilers by not following through on their campaign promises” — particularly Trump who was unsuccessful in reducing the deficit or balancing the budget. That’s a conservative argument, though Jorgenson ruffled feathers by saying she would, if in charge of a company, fire employees for critiquing the Black Lives Matters movement — a leftist position if there ever was one.

Third parties will continue to be an enigma in American politics in the meantime. And sometimes they draw equally enigmatic personalities as candidates.

The dream of “ending the two-party system” is short-sighted. America’s elected-participatory system of party representation (county party officials often on the ballot, convention delegates and alternates chosen by voters at the base level, etc.)  has taken the usual behind-the-curtain dichotomy in parliamentary systems (typically an administrative coalition versus the opposition) and put it in front of the curtain in the form of two major parties. Some would argue a two-party system is all but guaranteed due to the plurality voting system in effect in most localities throughout the U.S.

Until one of the two major parties experiences a massive schism or realignment of platform principles, Libertarians and Greens — as well as supporters of the Constitution Party, the American Solidarity Party, any of the Socialist or Communist parties, or a surprisingly a still-active Prohibition Party — will continue to move the lever as vocal minorities.

Addendum: There is now a Libertarian state legislator in the U.S. — one of five Libertarians who have ever held a legislative seat in the history of the state of Wyoming and one of 13 across the nation. Marshall Burt ousted incumbent Stan Blake in Wyoming House of Representatives District 39 by a margin of around 300 votes. There was no Republican on the ballot in the district, which went 70% for Trump. Burt ran a conservative campaign, also touting his Marine and firefighting experience.

UPDATES (11/11/20): Correction made to photo caption, Siebold was incorrectly placed. Libertarian state legislative seat info corrected. Note added that plurality voting is a possible a reason for the two-party system in the U.S.