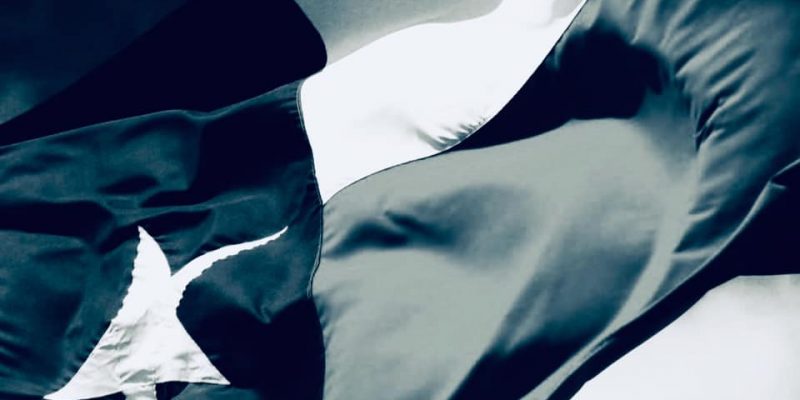 As The Hayride previously reported at the beginning of week 3 of early voting, “halftime” was not looking like a cinch for Team Blue. That scenario seems to be holding together as cautious voters head to the polls on general election day.

Though Texas Democrats have enjoyed the Lone Star State’s new battleground status and all the outside cash that comes along with that, solidly Democratic voters increased by an anemic 1% since the 2018 midterms according to analysis from the onset of Week 3 of early voting. While Republicans only boosted their turnout by 2%, it was the voters with no primary or general election history that made up for nearly 40% of that early total — in other words, these early voters were in large part new voters to Texas with no discernible voting history, young first-time voters, and new older voters. That was then.

Now let’s look at we’re we are as of 7 a.m. this morning: The Federalist pointed out that when early voting ended on Friday, about 9.7 million Texans had voted compared to about 9 million total who voted four years ago. It’s a modest bump, but not the groundswell expected.

The picture seems even more optimistic for the Texas GOP. Also according to The Federalist, Democratic turnout seems to be dropping:

“… [T]he conventional wisdom that higher turnout will help Democrats doesn’t quite square with the data we have about early voting. TargetSmart, a Democratic data and polling firm, modeled party affiliation for early voting in Texas and found that turnout was actually higher among Republicans than Democrats, 50.9 points to 39. More importantly, the analysis found that compared to 2016 early voting, Republican turnout increased 0.6 percent this cycle while Democrat turnout declined by 1.7 percent.”

Democrats were motivated to vote strong starting on the Tuesday after Columbus Day — day one of extended early voting following a governor’s order. They voted in large numbers with lines wrapping around buildings. Republicans, however, concerned with ballot security, have been waiting for election day to cast their ballot in a more local place with familiar faces working the polls. We’re hearing reports of similar long lines today. Without straight-ticket voting on Texas ballots this year, savvy voters (e.g. not the voters bused in by liberal activists) may have waited to study the ballot before weeding through all the names at the ballot booth.

Everything above portends a trend toward Republicans hanging on to the Texas House, retaining 18-year incumbent Sen. John Cornyn‘s seat, and going solidly for President Donald Trump.

But what if we’re wrong? What if a silent majority of voters upset with Trump’s behavior and convinced on liberal social issues are poised to vote in historic numbers and overwhelm GOP voters? All we have to do to dispel that prediction is to turn the clock back to 2008 when a popular Democrat presidential contender, Barack Obama, was running against a “maverick” Republican who struck a sour note with the conservative wing of the party — and this after eight years of “Bush Fatigue,” post-9/11 criticisms, and looming economic uncertainty. Obama’s coattails, perhaps the peak of Democratic enthusiasm (2016 and 2018 was peak Democratic vitriol), handed the Texas House a 74-74 even-split. A moderate Republican Speaker was the lasting result of that.

Will Joe Biden prove as successful at energizing down-ballot Democrats in Texas? Doubtful. Is Trump so unpopular that he is “sinking” down-ballot Republicans, as suggested by a recent Washington Post analysis? Also doubtful as so much is at stake in voters’ minds — adequate funding for the police in urban areas subject to rioting and looting for starters.

The likely scenario for tonight is modest Democratic gains in the Texas House and Senate, Republicans holding on to statewide offices, perhaps a continuation of the upset we saw in 2018 on geographic-based state appeals courts, and Trump taking all 38 of Texas’s electoral votes. Suburbs, while they may trend leftward tonight, are backed up by strong conservative bases (as we saw in January in a special election of national interest in suburban Houston where the Republican won by double-digits) and around-the-clock television ads geared toward “security moms.”

Then again, this has been a strange year and everyone’s predictions might go up in blue blazes. Either way, watch for surprises tonight. Take nap this afternoon if you can and get the popcorn ready.