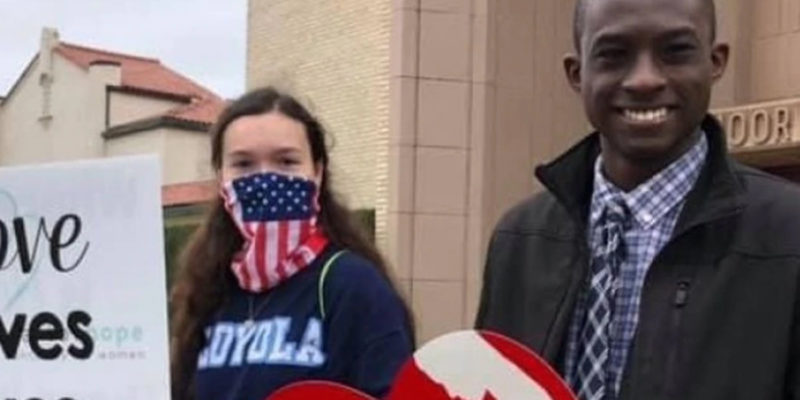 “Wherefore by their fruits ye should know them.”

I’m absolutely sure of it.

Because if I had, then there’s no way I could’ve forgotten Emmanuel, between his signature cowboy hat and trademark million dollar smile.

Emmanuel was a young man who made an impression everywhere he went, from Fort Worth through his hometown of Shreveport to Monroe.

In yet another impossible to comprehend tragedy to befall a young rising star in the Louisiana Republican Party Emmanuel perished in a fire at his father’s house on June 4th.

Several of his distraught political mentors had reached out seeking assistance to ensure that Republican officials recognize this energetic and ebullient campaign volunteer.

Though I didn’t know Emmanuel, I could not help but be impressed with the many testimonials and praise offered by those who did.

And I also thought how volunteers are regularly asked to travel great distances for the party and thought it was only appropriate for someone from the party do the same for a volunteer.

As I drove up from New Orleans along I-49 en route to pay my respects I could not imagine what I would see and hear upon entering the doors of the Western Hills Baptist Church in Shreveport.

To say it was powerfully moving  would be an understatement.

The worship area was packed with people from different walks of life, races, and political affiliations, including leaders from the local NAACP; numerous Republican committee members and elected officials; and Emmanuel’s relatives, ministers, JROTC officers, and teachers.

US Representative Mike Johnson eloquently delivered one of several eulogies offered in celebration of Emmanuel’s life.

Though words delivered from the pulpit described Emmanuel Slack what truly embodied the young man’s spirit was the choice of decor for the funeral.

The walls of the church and altar were covered with red, white, and blue floral arrangements containing small American flags and the pages of his funeral program contained patriotic imagery.

But the most poignant visual was what were draped atop and before Emmanuel’s coffin: a flag  with the words “Trump Is My President” and a Trump 2024 Save America Again banner.

Emmanuel’s father, whose head, body, and hands were heavily bandaged from the severe burns he sustained in the fire, had relayed that his son had requested such funerary trappings in the event Emmanuel had predeceased him.

Emmanuel wished to be laid out in death as he stood in life: courageous, defiant, and resolute.

Emmanuel Slack was the personification of Ronald Reagan’s vision for the GOP, a party of bold colors and not pale pastels.

Emmanuel’s legacy was the diverse collection of humanity he brought together within the pews of the church; people with different if not diametrically opposing views but joined together that day for the same righteous purpose: to honor an incredible young man.

The Louisiana Republican Party lost an amazing leader but retains a tremendous example of leadership; a teenaged happy political warrior that a seasoned campaign veteran could look up to.

On Saturday afternoon in that Shreveport church I saw the abundance of fruit Emmanuel produced in his 17 years on this earth as witnessed by those who shared profound moments in his short yet remarkable life.

I never met Emmanuel Slack, but I know him now.

Please keep Emmanuel and his family in your prayers as they somehow process the worst kind of loss.