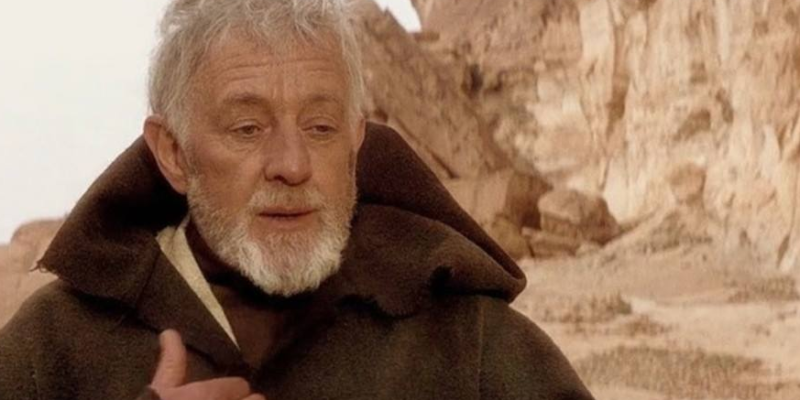 A popular Star Wars-inspired meme being used to mock Facebook’s recent thought-policing attempt says it all.

The meme goes like this: Luke Skywalker, in search of a legendary warrior in the inaugural Star Wars film, finds the man in a hermit-like state. Since the Empire took over the known galaxy, there is no where to run for political dissidents — especially those known to adhere to dangerous religions like the Jedi order. That’s why Obi-Wan reveals to Luke that he simply goes by “Ben” and lives in the wastelands of the desert planet Tatooine — but still has a little fight left in him.

Facebook (and with all apologies to those weary of frequent and indulgent Star Wars references) seems to be on a similar course as the evil Empire in its attempts to squelch political and religious speech it finds objectionable or even dangerous. Sure, it’s just one corporation, but we’ve seen recently how even a loose confederation of Big Tech companies can make it hard for a Rebel outfit like Parler to exist. Social media dissident platform Gab even found itself the victim of their own political allies thanks to that pressure. The list goes on of the socially pressured and the “de-platformed.”

In following this trend, Facebook, Inc. is starting to warn some users via a pop-up notice they might have viewed “extremist content” at some point along the way (actually, they know exactly when and where you saw it — see more commentary below).

The problem is, that extremist is us. And if you clicked on this article you probably match their profile of an extremist — or at least one in the making.  Indeed, “he’s me.”

A click on the dire warnings bring up a list of largely right-wing hypothetical statements and how they can allegedly fester into violence, racism, sexual discrimination, and xenophobia via “persuasive” arguments. The messages promote “peaceful” alternatives, all while ignoring the Black Lives Matters and assorted left-wing violence it turned a blind eye toward just last year.

The messages intrusively asked “Are you concerned that someone you know is becoming an extremist?” and another that alerted Facebook users “… you may have been exposed to harmful extremist content recently.” Both included links to “get support” from alleged professionals. All it’s missing is an 800-number hotline to call.

According to Reuters, the world’s largest social media network has long been under pressure from lawmakers and civil rights groups to counter extremism — bolstered by greatly exaggerated claims that the Jan. 6 protests and break-in at the Capitol amounts to an “insurrection” and even an attempt to reverse the results of an election. Add this to the heap of other sky’s-falling cries from the New Left.

Facebook reportedly called the pop-ups a “small test” though this writer had no shortage of friends and acquaintances in Texas conservative circles who received the pushes.

“This test is part of our larger work to assess ways to provide resources and support to people on Facebook who may have engaged with or were exposed to extremist content, or may know someone who is at risk,” a Facebook s̶p̶o̶k̶e̶s̶m̶a̶n̶  spokesperson said via Reuters. “We are partnering with NGOs and academic experts in this space and hope to have more to share in the future.”

We all know that “academic experts” may as well be the Sith Lords of the radical Left. And “NGO” (non-governmental organization) is a term that first appeared in the United Nations Charter when signed in 1945 and in use today to describe the network of non-profits and other supposedly altruistic entities that do the bidding of the otherwise toothless world order.

Before you consider the accusations of globalism impeding the First Amendment rights of Americans to be a little off-base and reactionary, also consider this: According to the Reuters article, Facebook attributed its actions to what is known as the “Christchurch Call to Action.” This multi-national summit held in New Zealand in the wake of a 2019 mass shooting was so extreme in its approach that U.S. refused to send delegates in person. Read here and here for the free speech-chilling statement that came out of Christchurch and that is apparently pulling the lever in Menlo Park, Calif.

It gets spookier: Facebook said the test was targeted toward users who “may have been exposed to rule-breaking extremist content and users who had previously been the subject of Facebook’s enforcement.” In other words, they have records, and if you received a pop-up you’re on their list.

Conservative commentators, predictably, have come down like a ton of bricks on the blatant sermonizing, and rightfully so. Sadly, the pressure will undoubtedly cause the moderate and the worldly among those who consider themselves conservatives to reconsider how we appear to non-conservatives. You know, lest we run everyone off and become a dying movement as the world marches toward a Marxist or secular paradise? Expect a few turncoats to start calling out real or imaginary “extremism” as a result of this development.

In the meantime, it’s incumbent upon all true conservatives and anyone who supports a counter-march toward a smaller and less-intrusive government to take action. No, not by taking to keyboards and firing back, but by voting with your feet.

Barry Goldwater is famous for having quipped “extremism in the defense of liberty is no vice” and the twin axiom “moderation in the pursuit of justice is no virtue!” That’s why The Hayride urges all readers to join pro-free-speech alternative social media outlets like The Speakeasy — and actually do something about this week’s disrespect by the Zuckerbots.

The Speakeasy, as one example, puts users as the customers, not the product. Joining today is free — and we should all join while the Internet itself is still free. Even if that means keeping the Rebellion going on Facebook for now, we may just need a few Tatooines to run to should things get even more totalitarian on the World Wide Web. There’s no time like the present to start, or we may one day find ourselves referring to online free speech as “a long time ago …“