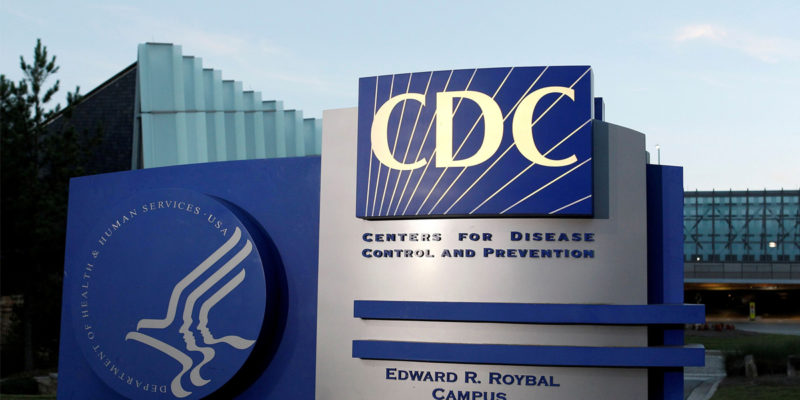 After the past several weeks if not years, it’s hard to see how making this thoroughly-corrupted government boondoggle disappear wouldn’t be a priority, but now that the CDC is blatantly violating the Constitution as expressed in a Supreme Court ruling there must be consequences.

You’ve certainly seen this by now…

The Centers for Disease Control and Prevention (CDC) on Tuesday issued a moratorium on evictions targeting areas of the country with high levels of COVID-19 transmission, extending an eviction ban for much of the nation just days after a blanket moratorium had expired.

The CDC order applies to counties experiencing significant levels of virus spread, defined by the agency as 50 to 100 cases per 100,000 people. A congressional source said the order will likely apply to roughly 90 percent of the renter population in the U.S.

The order will expire on Oct. 3. It was issued after days of back-and-forth between the White House and congressional Democrats over who was responsible for extending the moratorium while scores of Americans faced uncertainty about potential removal from their homes.

“A surge in evictions could lead to the immediate and significant movement of large numbers of persons from lower density to higher density housing at a time in the United States when the highly transmissible Delta variant is driving COVID-19 cases at an unprecedented rate,” the CDC order states, citing data showing that just under half of households behind on rent believe they could be evicted in the next two months.

“Evicted renters must move, which leads to multiple outcomes that increase the risk of COVID-19 spread. Specifically, many evicted renters move into close quarters in shared housing or other congregate settings,” the CDC order states. “These moves may require crossing state borders. According to the 2017 Census Bureau American History Survey, 32 percent of renters reported that they would move in with friends or family members upon eviction, which would introduce new household members and potentially increase household crowding. Studies show that COVID-19 transmission occurs readily within households.”

President Biden acknowledged at a news conference earlier Tuesday that the CDC order may not hold up in court. But he argued it would minimally buy time for state and local governments to distribute aid to renters and landlords.

Let’s understand that the Supreme Court has already ruled on this question, and five Supreme Court justices have already said that the CDC does not have the power to monkey around with the American housing rental market.

It was a massive abuse of power when President Trump used the CDC to ban evictions. That was a mistake on his part. The Supreme Court identified it as such. But when Trump perpetrated that abuse it was somewhat (not much, but somewhat) unclear whether federal power extended to banning evictions for nonpayment of rent.

This directly violates a Supreme Court decision. It makes the CDC a constitutionally rogue agency.

Nobody should believe this ban on evictions will really end in early October. It’s going to continue, because like every governmental abuse of economics its downside effects, when they appear, are (1) horrible to behold, (2) worse than if the government had just let the market work through the underlying economic defect, and (3) unacceptable for the powers that be. The Democrats won’t be able to stand the idea of allowing some six million families to be evicted from their homes for not paying rent, so they will come up with some further abuse of government power to keep this from happening.

And by the way, let’s not forget the elephant in the room, which is that the landlords in this country who have been trying to chase mortgage notes on their property without collecting rent for a whole year are beginning to go broke.

And what happens when they hit the wall? Here’s an example from right here in Baton Rouge…

“Funds are really tight right now,” said Baton Rouge landlord Brent, who only wants to go by his first name.

He said the federal COVID eviction moratorium has put him in a squeeze. “I’m not receiving any funds, but I still owe the bank and the mortgage company. So, it’s put me in a pickle,” said Brent.

He owns a 24 unit apartment complex off of Burbank. He said tenants have not paid rent since March of last year. “I’ve had maybe six units that paid me, and then they stopped paying after a while,” said Brent.

Those non-pyaments have made him $25,000 a month short on his mortgage.

Brent said, “I tried to negotiate with the bank. They’re not your friend. This is where you fall back on your faith.” His faith he said allowed him to pay some of the money out of pocket. Only one tenant applied for help through rental assistance programs. “I only got about three checks like that,” said Brent.

Renters are protected from being kicked out for non-payment through Saturday, July 31st. Brent does not have the money to evict anyone next month.

“I have to pay even to go to court to evict them, Funds are really tight right now so even that is difficult. What am I going to get out of it. You’re going to pay to go to court. I still don’t have a penny,” said Brent.

To recoup some of his money, Brent has put the property up for sale. “The good Lord is sending me in a different direction right now,” said Brent.

That guy is going to dump the apartment complex at a loss, and there are going to be hedge funds and real estate investment trusts (REITs) all over the country looking to scoop up investment properties dirt-cheap.

The effect of which will be to accumulate more and more real estate wealth in fewer and fewer hands. When Wall Street owns all the land in your town, Wall Street then begins to own your local politicians, the judges, even the cops.

And today’s Democrat Party is all about using socialistic dogma to centralize power with their allies. This eviction moratorium plays right into that by sticking it to small investors.

Let’s remember, the CDC is playing this game after issuing the idiotic guidance that vaccinated people, including children, should wear masks indoors based on possibly the worst science of all time. From my American Spectator column this morning…

It seems the CDC had two sources for upsetting the national applecart. According to House Minority Leader Kevin McCarthy, it relied on a study of a vaccine in use in India which apparently was less than effective in warding off the Delta variant — but that vaccine isn’t used in the United States because our authorities weren’t satisfied as to its effectiveness, period.

And as Stacy’s American Spectator piece noted, the other was a study of an outbreak in Provincetown, Massachusetts, a small Cape Cod town where nearly 500 cases arose in a short time, a large number of which came from vaccinated people.

Stacy also noted, as have others, that the Provincetown outbreak was partially the result of something called “Bear Week,” a festival of sorts involving thousands upon thousands of gay men descending on that resort community for recreational pursuits you can’t engage in while making a trip to your local supermarket or even at the health club.

Stacy talked about crowded bars and so on. This was a bit more “involved” than that, and he’s to be congratulated for his tact and politeness in understating the case.

Because of that, we’re told that vaccination is not enough as a defense against the Delta variant.

Defective Indian vaccines and gay men engaging in aggressive sex with strangers are the reason for brand-new COVID restrictions thanks to this ridiculous agency, which is far out over its skis manipulating the rental market.

It makes you pine for those quaint days when the CDC attempted to cast gun crime as a public health problem. We thought that was an abuse of its portfolio; boy, were we wrong.

There will be expectations surrounding that takeover. There will be a mandate. That mandate is going to be to clean up the federal government and get these corrupt, tyrannical incompetents out of our lives.

Congress can’t fire people like Rochelle Walensky, the utter nincompoop in charge of the CDC. They don’t have a scalpel with which to do that. Instead they’ve got a sledghammer. It needs to be used.

Slash the funding for the CDC and cut its purview down to the smallest possible size. Make it focus on disease and disease only. Frankly, it would be better if most of what it does were to devolve to state health departments – perhaps the states could band together to form research institutes which would compete with each other and produce science far less corrupt.

And then move on to the rest of the ruined, illegitimate corpse of consensual government that is the Swamp in DC. Maybe then we’ll have a congressional majority worth re-electing.

Interested in more national news? We've got you covered! See More National News
Previous Article SADOW: Might As Well Forget About That 2nd Democrat District
Next Article VIDEO: You Might Tear Up Watching A Cuban In An American Supermarket