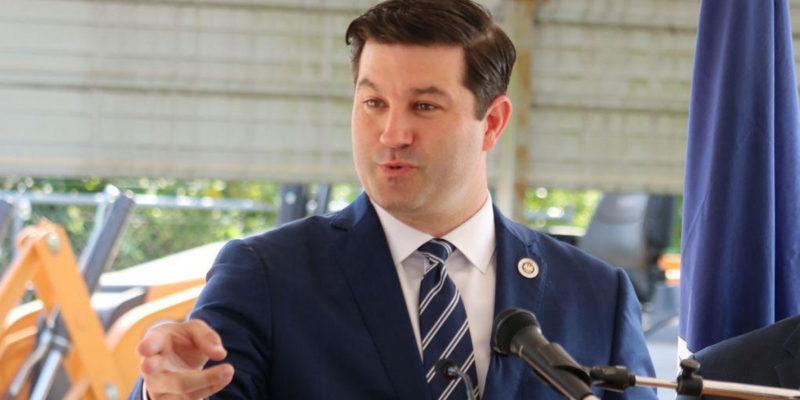 A couple of very instructive, and quite possibly related, items passed over the transom Sunday and Monday. They both involve potential contenders in the 2023 race for governor of Louisiana.

First, on Sunday there was an Advocate article trashing Democrat state senator Gary Smith, one of two white Democrats left in that body and a much-discussed 2023 gubernatorial hopeful. Smith’s most notable political Achilles heel is a 15-year-old scandal surrounding a gigantic FEMA contract his family pulled down to supply trailers to victims of Hurricane Katrina, a contract it was widely suspected came courtesy of his relationship with then-Senator Mary Landrieu. There was an actual dealer in trailers and RV’s down the street from the Smiths’ motorcycle dealership and yet the neighbors were shut out, which was the source of the scandal.

Why would the pro-Democrat Advocate, which hasn’t done a hit piece on a politician without an “R” next to his name in years, trash Gary Smith out of the blue?

We found out on Monday, when Smith’s state senate colleague Rick Ward took the podium at the Baton Rouge Press Club and all but announced he’s running for governor in 2023.

Ward isn’t a declared candidate “as of today,” but is having ongoing discussions with his family about potentially running for Louisiana’s highest office, he said.

“If I were to become a candidate, I would certainly hope to have not just one particular group supporting me, but a lot of groups,” Ward said at a Press Club of Baton Rouge event. “What I have shown in my time in the legislature is that I’ll work with anybody and everybody, as long as we’re trying to work toward the right thing.”

But wait, you say. Isn’t Rick Ward a Republican? How does this make sense?

Well, yes, he’s a Republican. Sort of. Ward was actually originally elected to the state senate as a Democrat back in 2011 and he switched parties in 2013 as part of what was a fairly brisk migration of the old-school Democrat politicos, among them John Alario, into the GOP. Ward’s father was the district attorney and general courthouse-mob Grand Poo-Bah in West Baton Rouge and Pointe Coupee Parishes; he’s still a Democrat.

And Rick Ward, who might literally be the nicest guy ever to serve in the Louisiana legislature (seriously, he really is a very nice guy), has built a reputation as the Killer Of All Reform Measures.

Ward is the guy who, when someone brings a bill that would lead to smaller and less intrusive government or a departure from Louisiana’s crushing special-interest oligopoly, will shortly find a way to at least attempt to short-circuit it either through amendments or competing bills. He’s not always successful, but the effort is consistent.

A most recent example of this came back in June of this year, when Ward attempted to amend a bill imposing a sales tax on medical marijuana to make permanent the state’s 0.45 cent sales tax increase passed in 2018. That effort died in the House, after the Conservative Caucus came out against it. Ward retaliated, more or less, in the veto session by refusing to override a number of bills which should have had the votes to become law over Gov. John Bel Edwards’ veto.

Given that the 0.45 cent increase turns out to have been completely unnecessary, as the state has run surpluses since it passed and is now projecting a billion-dollar surplus, this doesn’t speak particularly well of Ward’s fiscal sanity.

He’s made some truly awful votes in his time in the Legislature, including backing Medicaid expansion, supporting “equal pay” bills which would be major boons to trial lawyers (Ward is a trial lawyer), and of course he opposed tort reform last year, the only Republican in the Senate to do so.

He brought the bill which stuck it to industry in Louisiana a few years ago by forcing the owners of the large industrial plants to choose either an inventory tax exemption or an active ITEP incentive, something which had a large hand in deflating the state’s industrial capital expansion (and that, with a few exceptions, has completely petered out). In fact, Ward has brought billions of dollars’ worth of business tax increases over the past several years.

Very little about his legislative record makes him a serious Republican.

So Gary Smith is moved out and finished off, and Rick Ward is now positioned as the Democrats’ favorite Republican. He holds himself out as the consensus-maker and the social-conservative, pro-life centrist, but what that actually means is he’s the defender of Louisiana’s dysfunctional status quo at a time when the state has never been further behind its neighbors in economic competitiveness and net outmigration.

There is a precedent for this. Back in 2015, there was a good bit of pressure applied to Edwards that he might get out of the gubernatorial race so that Democrats could coalesce around Jay Dardenne, the “centrist” Republican in the race against David Vitter. This would be the old-school Democrats and status quo special interest mob going back to that well, knowing that Smith’s baggage and presentation simply wouldn’t fly as a John Bel 2.0 and figuring that a kept Republican would be a better solution than having to deal with a conservative like Jeff Landry or John Schroder in the governor’s mansion.

Of course, the real fly in the ointment is this: what happens if and when a black Democrat gets into the 2023 race for governor?

As of the October 1 voter registration report from the Secretary of State’s office, black voters are now 60 percent of registered Democrats in Louisiana. You can’t expect them not to have a candidate to represent a block of voters that big. Someone will get in.

Does Ward have anything to offer to stave that off?

Well, the current district attorney in West Baton Rouge and Pointe Coupee is Tony Clayton, a very well-liked politico in those parts who has connections in both parties. Clayton is black. He’s also Rick Ward’s former law partner and worked as a prosecutor under Ricky Ward, the state senator’s father and the former DA there. Clayton, one might assume, would be in a position to rally black politicos around the state to Ward’s camp.

But if a black Democrat gets in the race for governor, it’s questionable how well that’ll work.

And the national Democrats are not going to be overly excited about the idea that Louisiana Democrats will back a Republican. They’re going to want a candidate. Stacey Abrams and Shaun King will want a candidate to raise money for.

All of this would indicate that Rick Ward running for governor does little more than split off votes from Billy Nungesser and that Ward would clog the “moderate” lane of that race. Assuming there is a black Democrat, that is.

But having said that, there is the historical angle here, which is that the Rick Wards, the “plucky underdogs” with meager name recognition before the race begins, come out of nowhere to win more often than not. Buddy Roemer was that guy. So was Mike Foster. To a lesser extent Kathleen Blanco was that. Edwards certainly was. Louisiana voters fall in love with the plucky underdogs and give them a chance, and while they usually fail they shouldn’t be discounted as contenders.

Ward shouldn’t be discounted, either. He wouldn’t be the favorite by any means. But he could win.

And based on his legislative record and political background, that wouldn’t be a good thing.