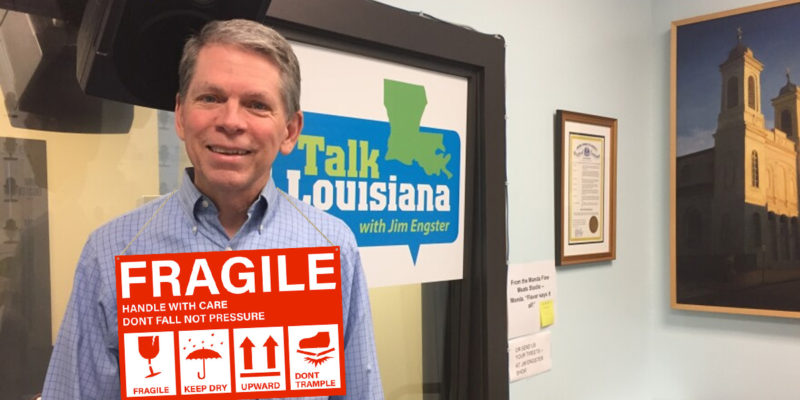 As Democrats have swung violently to the political left, party elites and ideological fellow-travelers have embraced a fringe intellectual movement known as “critical theory,” although in the context of political debate it often is referred to as Critical Race Theory. Despite a wholesale lack of empirical evidence to back its assertions, this alleges that racism against non-whites – although almost always making blacks as a group the locus – is so hardwired into American institutions, including those of government, and society that only extensive and intrusive intervention by government can bring fairness in treatment of racial minorities (even as most racial minority parents oppose the core beliefs of CRT).

Further, it borrows the Marxian concept of “false consciousness,” with a structuralist twist, to explain why protest by whites against the presumed “truth” of CRT. In Marxism, false consciousness describes why the allegedly exploited cooperate in their own exploitation, as they haven’t had their consciousnesses raised to the point of realizing this. The structuralist version expands the idea to compensate for the development of the affluent society after World War II, which extends false consciousness to much of the bourgeoisie, who don’t comprehend that they cooperate in oppressing the masses because the official capitalist state ideology has so infused all institutions, particularly public education.

CRT takes this a step further by repackaging it as “white fragility,” or defensive reactions by whites – the enforcers, if unwittingly in many cases, of the unequal system – to the “truth” of CRT that include avoidance, denial, or attacking of its claims. Both Marxism an CRT use concepts like this to remove critical appraisal of their validity as ways of describing the world from discourse, allowing both to acquire a religious-like status with unquestioned dogma.

Such an appraisal reveals the deeply flawed nature of both that fatally impairs their validity and credibility. Yet we can borrow the structuralist concept and the “fragility” behavior it induces to analyze the political left where it has entrenched itself most deeply – academia and journalism – and particularly at its nexus.

That opportunity arose earlier this month over a social media exchange between Republican Atty. Gen. Jeff Landry and Louisiana State University journalism professor Bob Mann. It started when Mann – who worked as a journalist, then as a flunky for elected Democrats culminating as the media flack for former Gov. Kathleen Blanco, and finally parlayed that into a minimally-demanding position at LSU – objected to one of Landry’s aides participating in an LSU Faculty Senate meeting.

Faculty senates harken back to the notion, long in disuse throughout academia, of a shared governance model of the university where faculty member representatives supervise administration. In practice, since the modern university requires considerable administering achievable only by extreme bureaucratization, they exist now as debating societies that can provide a snapshot of at least a portion of engaged faculty member opinion.

As a meeting of a public body, anybody and their dog can attend, and even speak during time allotted for public comment. On this occasion, the young woman read prepared remarks from her office critical of LSU’s misguided vaccine passport. This prompted Mann to use Twitter to accuse (rather unconvincingly) Landry of promoting a double-standard through a “flunkie” [sic; although the dictionary considers that a secondary usage of “flunky”).

To the casual observer, Mann likely is best known for a spell as a columnist at the defunct New Orleans Times-Picayune, where he banged out often rather intemperate missives longer on emotion than reason. Academia and journalism can do that to you, because it helps you get noticed; the more outrageous claims you make – like CRT – the more you draw attention so this encourages even more of this behavior, such as through social media which is akin to throwing gasoline on an inferno.

And this time, Mann got a bite from Landry, who, also through Twitter, objected to the term used that he said demeaned a nonpublic figure. Further, Landry notified that he had communicated his displeasure to LSU System Pres. William Tate IV, that there should be consequences for the “disrespect and dishonesty” Mann had shown publicly.

Standing up for an employee doing her job is the right thing, although Mann’s characterization wasn’t all that harsh, but taking it public then gives the attention whore what he wants. At The Hayride, MacAoidh presents a plausible thesis that Landry saw this as an opportunity to gain some leverage over Tate. Even though Landry may well be the state’s governor after 2023, it would take time for Landry to replace members of the LSU Board of Supervisors who then hold sway over Tate’s job; thus, using this episode as a means to send Tate a message that he needs to dial down the wokeness coming from campus (to which Tate has sympathy) or else he has a limited future under a Landry governorship.

Regardless, it triggered Mann and brought to mind a similar episode nine years ago involving him. Back then, ideological fellow-traveling journalist Tyler Bridges wrote a piece alleging widespread fear among higher-profile state employees that Republican former Gov. Bobby Jindal was going to find some way of canning them if they opposed his agenda. Mann was featured as a kind of hero, with Bridges in a reverent tone imputing Mann showed bravery for publicly dissenting from Jindal’s policy preferences.

What malarkey. As I noted then, it illustrated faux outrage supplying pretense that somebody protected by tenure surrounded by people and institutions overwhelmingly in approval of his views had even a remote possibility of anything negative happening to his academic career as a result of his opposition to Jindal. In reality, that the media – in general highly sympathetic to Mann’s liberal views and actions as well – could even seriously present this thesis demeaned all those in academia who face actual danger in losing, and losing, their jobs because of their conservative views, much less engage in conformist and self-censoring behavior to keep their posts  that affords them far less ability to speak their minds that Mann so effortlessly and at so little cost enjoys.

Nine years later, this time in the pages of the Baton Rouge Advocate under Sam Karlin’s byline, we have the same valorization of Mann and his assumption of potential martyrdom for supposedly the same kind of nonexistent threat. In it, particularly laughable is Mann’s conjecture that the Twitter spat could cause a “chilling effect” on faculty members. Because of the institutional firewall that supports leftist opinions – and turns on any LSU faculty member who shows support for something different – such disseminators know they are immune from any consequences from expressing their opinions which makes Mann’s speculation groundless, if not comical in nature.

(In great contrast, there are the stories I could tell about my three-decades-plus in writing opinion columns as a Louisiana university faculty member, but won’t, for now.)

What this incident does serve is as a classic example of liberal fragility. Because the left, and particularly those of its members who inhabit their safe space of academia, lives in such a cocoon backed by a sympathetic media, when its speech is challenged this suddenly becomes a cause célèbre (even as the wokeness championed by the likes of Mann begins to eat its own). So hermetically its seals itself from contrary views and argumentation, through living in an echo chamber of other academic enablers, a handful of elite mainstream media outlets, and social media friends with minds minted exactly the same, anything that intrudes on that provokes hysteria.

But this temporary discomfort undoubtedly was worth it. In publicizing the incident, leftist academia and media got what they wanted: validation, congratulation, and attention to self. Now you all can go back to your bubble and leave the rest of us to live in the real world.

Interested in more national news? We've got you covered! See More National News
Previous Article If You Live In Baton Rouge, You Need A Gun
Next Article Sure, JBE, Judge Odinet Ought To Resign. You First.