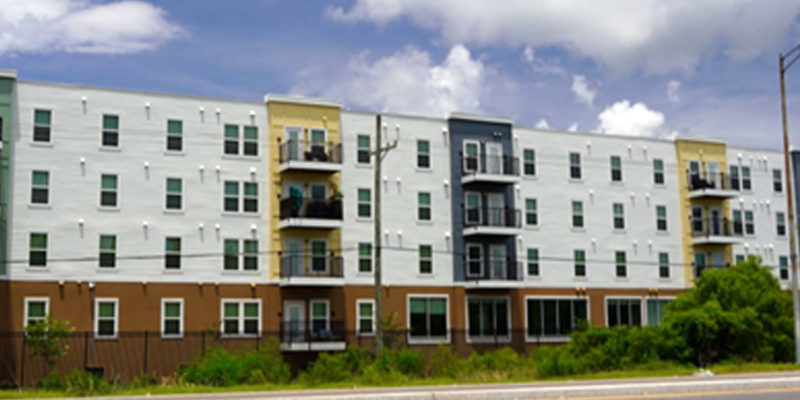 In 2021, the Marina Yacht Harbor Management Corporation (MYHMC) board paid $15,000.00 for a presentation by the Hackett Group to bring attention to efforts by the Jefferson Parish and New Orleans City Council to develop the 4.28 acres of West End Park once adjoining Retif Park along the shore of Lake Pontchartrain. At the April 2022 meeting, 30 marina residents turned out to see 13-page presentation.

The presentation used concept images from the 2017 Feasibility Study of four single-story buildings raised 17’ feet due to new flood control building requirements.  As previously reported in The Hayride.

The Hackett Group presentation used the concept images from the 130-page 2017 Feasibility Study, which advised that the area was not suited to addition restaurants due to the present over saturation of restaurants. The Hackett Group proposed a hardware store for the site.  That is a questionable recommendation as there are already two Marine supply stores within a half mile.

The Hackett presentation mentioned the project was likely to be funded as a PPP or Public – Private – Partnership. This could be a reference to using Federal Funding for Workplace Housing via the Covid relief bills passed by congress. New Orleans has been successful in obtaining those funds. Recently the $43,000,000.00 Reveal Project (pictured) in New Orleans East added 150 units at a cost of $280,000.00 per unit to be available for renting at Affordable Rates.

Research showed that in December 2019, Council Member Joseph Giarrusso pushed through a motion at the city council to increase the allowable building height to 65’ in the marina over objections raised by residents during Public Comments.

One speaker noted that all the visuals in the 130-page report show single story structures, so why increase the buildable height to 65’ for the entire West End Area? Council Member Giarrusso advised that Jefferson Parish wanted the increase. Giarrusso added that residents supported the increase. The resident from Lakeshore, noted that this was going to cause problems for other parts of the area.

Giarrusso’s increase to 65’ allowed the Pearl Luxury Condo Proposal in 2022 to be 4 stories and 32-units instead of 3 stories and 24-units. Over 60 residents showed up at a Louisiana Coastal Commission meeting to shoot down The Pearl.  Residents near the proposed West End Retif Park development opposed the 65’ high Pearl, so why would they have supported Giarrusso’s 2019 motion to increase the buildable height to 65’?   The attempted Pearl Project was disclosed in The Hayride.

In May 2021 at the City Council, Giarrusso pushed through a motion to put the 4.28 acre West End Retif Park into an agreement with the State of Louisiana and Jefferson Parish to develop the park. Giarrusso used the word “residential” and van Vranken used the term “housing” in describing their vision. Video link:

Following the May 2021 council meeting Giarrusso was on WWL Radio and WWL TV. On WWL Radio with Tommy Tucker the focus or “bait” was on the nostalgic memories of dining over the lake and the pedestrian bridge. Neither of which can happen due to new environmental science laws on structures outside the flood wall.  When Tucker asked Giarrusso about the bridge, Giarrusso replied it is either up or in the process of being erected by Jefferson Parish. Neither is the case.  Video Link:

Shortly after the WWL Radio interview, Danny Monteverde of WWL-TV used the 2017 conceptual images of single floor restaurant structures. The probable additional 3 stories of housing were not displayed. The Financial Math of building just a restaurant or Full-Service Bar 17’ in the air does not work.  Giarrusso’s 2021 motion and the WWL-TV report ended with claiming resident opinions would be sought. So far no meetings with the residents of marina have been held.

Van Vranken did hold a meeting in Bucktown in August 2021.  Residents expressed disapproval of any commercial development in the 30-acre Bucktown Marina. Development plans are limited to non-motorized activities such as a canoe rental for Bucktown Marina.

West End Marina residents have expressed concerns as to how a destination retail facility will financially work, when so many others in New Orleans have failed. Currently two commercial sites in the marina have been vacant for years.

Historically, West End appears to have been set up by prior councils for illegal activities.  Part of West End is in Jefferson Parish with the long-ago establishments over the water controlled by Jefferson Parish and the State of Louisiana. However, the roads to it and the neighborhood are in Orleans Parish.

during the Prohibition Era, West End speakeasies and casinos with prostitution flourished with Orleans police not able to enforce laws as the buildings were located in Jefferson Parish.  Today with New Orlerans depleted police force, often illegal activities on the Lake Front cannot be stopped. As previously reported in the Hayride. MARSALA: Miles Of Illegal Fireworks In Lawless New Orleans (thehayride.com)

Marina residents have expressed concerns on noise and trash from the probably opening of Full-Service Bars with bands and crowds staying after closing to party in the parking lots, as is already happening on Lakeshore Drive.    MARSALA: New Orleans Lakefront Littered With More Than 10 Tons Of Easter Trash (thehayride.com)

The concept of keeping West End Retif Park as an Open Space Trust Park and planting Bald Cypress Trees to work with the Bird Sanctuary of the Lake Pontchartrain Basin is being advocated on the website www.KostNola.org and previously reported in The Hayride.

When the Pumping Station was erected, much of Retif Park was consumed. What mitigation was given is not known. KOST has an online petition requesting the 4.28 acres of West End adjoining Retif Park remain open space.

During storms, once the flood gates are closed, Public Safety and First Responders will have extreme difficulty to reach residents living outside the wall in the housing being proposed by the councils. Both Orleans and Jefferson Parish have acres of undeveloped safer residential land inside the Flood Protection Wall better suited to add housing.

Developing Retif Park is being marketed as a pedestrian fishing bridge with a single-story bait shop and being switched to a 65’ housing facility funded by federal funds.

If the developers are receiving over $260,000.00 per unit to build from federal programs, it is easy to understand the push by elected officials to build housing outside the flood protection wall. However, The Financial Math and Environmental Science favor keeping West End Retif Park as Open Space, zoning it as part of the Lake Pontchartrain Bird Sanctuary, and turning it over to environmental organizations.

Interested in more news from Louisiana? We've got you covered! See More Louisiana News
Previous Article And Just Like That, Abortion Is About To Be Illegal In Louisiana
Next Article GURVICH: Yes, We’re In A Recession. Who Did This To Us?