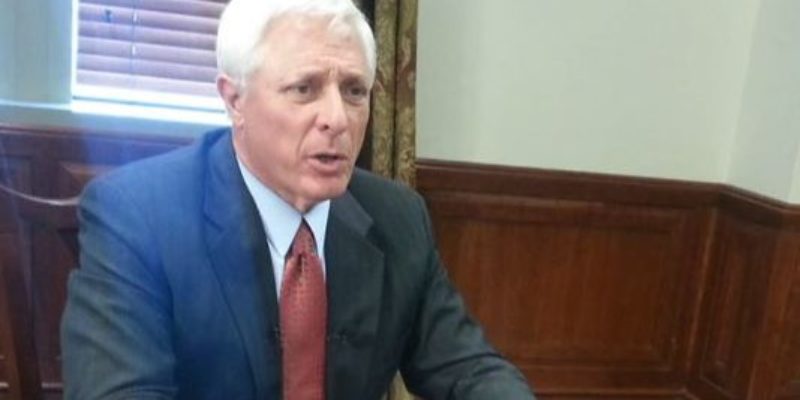 As part of our mission to serve as a legal watchdog, Louisiana Lawsuit Abuse Watch works to expose activities of elected officials that negatively impact the state’s legal climate.  One example of this is our ongoing effort to raise awareness about the questionable activities of Louisiana Attorney General Buddy Caldwell and his unusual hiring practices with outside attorneys.

An extensive article highlighting the $38. 5 million legal tab Caldwell has paid to a team of private lawyers working on behalf of the state in the aftermath of Deepwater Horizon was published on the front page of the New Orleans Advocate over the weekend. In case you missed it, here are some of the highlights:

“Jefferson Parish public school teachers may be getting cash bonuses. New Orleans — if one councilwoman has her way — will be paving more of its famously pockmarked streets. Coastal restoration efforts of various kinds will get a shot in the arm.

The $18.7 billion that BP is shelling out to settle government claims over the 2010 Deepwater Horizon disaster will be a boon to many.

But first, the lawyers will take their cut.

Dozens of attorneys have been negotiating with BP on behalf of state and local governments through five years of complicated litigation. They will reap some of the windfall.

In Louisiana, which will get $6.8 billion of the overall settlement, Attorney General Buddy Caldwell has spent $38.5 million on nearly a dozen law firms…

Whether the money spent by Caldwell’s office on outside lawyers was necessary to win Louisiana’s share of the proceeds remains up for debate. But it’s not the first time Caldwell has caught criticism for doling out work to other attorneys — many of whom have padded his campaign coffers — rather than sticking with in-house counsel.

Eight of the law firms working for Caldwell on the BP litigation have been among his political contributors, according to one legal watchdog.

“Not to suggest that anybody who contributes to the attorney general should be disqualified from practicing on behalf of the state,” said Melissa Landry, executive director of the nonprofit Louisiana Lawsuit Abuse Watch. “But the fact that eight have (made contributions) suggests that there are factors other than their experience and expertise that are influencing those decisions.”

In responding to the criticism, the Attorney General’s Office denies any favoritism. In an email to the Advocate, Caldwell’s spokesman said:

“The attorneys selected by our office were chosen based on their qualifications, experience in complex litigation and their proven credentials for excellent results, which is completely consistent with Louisiana law regarding retention of persons or firms to perform professional legal services.”

This might be a plausible explanation except for the fact that the Attorney General has repeatedly handed out highly lucrative, no-bid legal contracts to outside attorneys, many of whom also just so happen to be his campaign contributors.

In fact, it has happened so many times and in such a wide variety of cases, we dubbed the practice “The Buddy System.”  A series of news stories exposing “The Buddy System” have been published here on the Hayride and on numerous other news sites across the state. Here are a few of the highlights:

The Attorney General has a sworn duty to protect and serve the people of Louisiana.  The people he hires to help carry out that duty should be selected based on their experience and expertise—not their political connections. It is hard to look at the ongoing pattern of questionable behavior and concluded that this is currently the case.