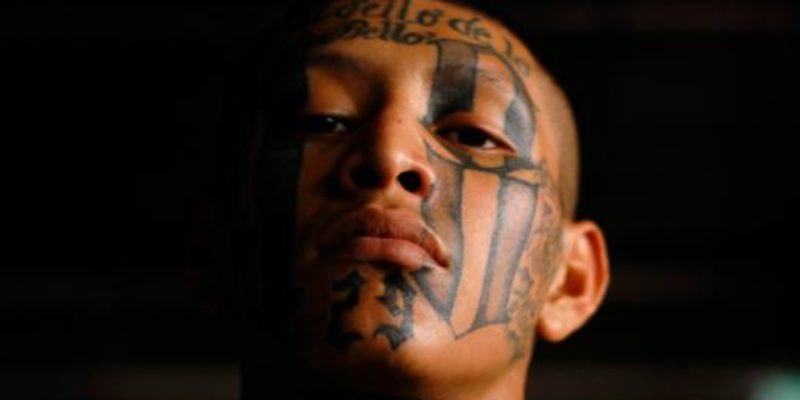 Immigration in the country is constantly re-iterated to the public as something that is good for the economy, good for US citizens and brings “diversity” and “multiculturalism” to an all-too-privileged American lifestyle.

However, the country’s immigration and refugee resettlement system has become nothing more than an avenue for criminals, gang members and drug cartels. This report will examine that issue in-depth.

This is the sixth special report installment in this Hayride series. Previous special reports include how Muslim mass migration would change the state forever, how the State Department’s ‘screening process’ for refugees is a colossal failure, how the country gives special treatment to Muslim migrants while leaving persecuted Christians out in the cold, how Islamic jihadists enter the country legally on the failed visa program and how mass Muslim migration is leaving women, children and gays the most hurt.

In the immigration debate, often times the current immigration system and the influx of immigrants is compared to that of the enormous amount of immigrants who came to the country between from 1890 to 1919. However, to make the comparison is like comparing apples to oranges, as the two are entirely different.

Today, those numbers have shifted, majorly. In 2013, more than 35 states’ largest immigrant populations were from either Mexico, El Salvador or Cuba. Now, Mexico, a country overrun with gang wars, Cartel control and violent crime, is the number one birthplace of US immigrants.

The issue with that? Crime.

And although open borders activists have continued a narrative that mass immigration from the most dangerous areas of the world has nothing to do with crime rates in the country, those claims are being debunked by statistical data showing the connection between the two.

Gang violence and drug cartel culture has now become a part of American culture, thanks to an immigration system that puts the wants and needs of foreigners ahead of those already living in the country.

In Mexico, El Chapo, the infamous drug-lord kingpin rules a large portion of the country through his Sinaloa Cartel, which is known for its violent and murderous ways.

El Chapo doesn’t just rule over Mexico, however. Though the drug-lord has been captured since escaping prison, his Sinaloa Cartel continues to not only reign supreme in Mexico, but also in the US.

In data released by the Drug Enforcement Administration (DEA), El Chapo’s Sinaloa Cartel runs drug and illegal gun trafficking in every state, except for New Mexico and southern Texas. In New Mexico, the drug trade is run and authorized by the Jaurez Cartel, whereas in southern Texas, the drugs are run by the Gulf Cartel.

The Sinaloa Cartel’s biggest strongholds in the country are over the entire Central and Eastern areas of the country, especially in places like Florida, Washington DC and Virginia.

As goes the drugs, so goes crime and gang culture.

Take for instance the huge influx in MS-13 and the 18th Street gang members entering the country via the help of open borders activists and Hispanic-immigration special interest groups like La Raza and the Puente Human Rights Movement.

Data from the Center for Immigration Studies found that in Frederick County, Maryland, since 265 illegal immigrants from Central America were placed there, crime has spiked to a new high.

In Boston, Massachusetts, 56 MS-13 gang members were just arrested following a surge of young Latinos into the city. A slew of the gang members have been linked to murders in Massachusetts which are generally part of an “initiation rite” where members prove their loyalty to the gang.

In Loudoun County, Virginia, three illegal immigrants suspected to be with the 18th Street gang, who arrived in 2013, were recently indicted for the gang-related murder of 17-year-old Danny Centeno Miranda, who was also an illegal immigrant in the country.

Among the most alarming findings of the massive Mexican drug sting was that Sinaloa Cartel members were not only operating out of Sonoyta, Mexico, but also possibly in-and-out of Arizona through the wide-open Southern Border.

It’s the crime issue that goes unaddressed, as the media doesn’t point out that an influx in Latin and Central American immigrants has created an epidemic of gang-rape for fear of painting all immigrants as rapists.

Feminists in the US persistently spew phony statistics designed to give the illusion that white, middle-class men are raping women at unprecedented levels. Except, that’s a lie.

The actual issue revolves around gang culture which inherently transforms itself into an epidemic of gang-rape, leaving women the most vulnerable when open border policies are enacted.

A study conducted back in 2006 found that gang-rapes in the US are directly tied to gang-culture from neighboring second and third-world countries like Mexico, Guatemala, El Salvador and Honduras.

The Violent Crimes Institute study found that about 240,000 illegal immigrant sex offenders reside in the country, while 93 sex offenders and 12 serial sexual offenders come across the US Southern border every single day.

Among the brutal gang-rape offenders are members of the MS-13 gang out of Central America who gang-raped two deaf girls (14 and 17 years old) in a Massachusetts park in 2002. One of the girls suffered from cerebral palsy and was forced out of her wheelchair before being raped by the three MS-13 gang members.

A majority of the illegal immigrant sex offenders are located in states where illegal immigration runs amok. For instance, California is the number one haven for gang-rapes by illegals in the country. Texas, Arizona, New Jersey, New York and Florida all follow.

The study followed 1,500 illegal immigrant sex offenders, which were found to have at least four victims each. Of the cases studied, 35 percent were child molestations, 24 percent were rapes, and 41 percent were sexual homicides and serial murders.

Though the Washington DC/New York donor class adores mass immigration for the perks of cheap pool-boys and nannies, it is working class and middle-class citizens who have to deal with the problems that come with importing mass amounts of immigrants from some of the most backwards cultures imaginable.

Residents in the country are becoming increasingly dissatisfied with legal immigration levels, which has driven crime up and wages down.

Altogether, only seven percent of Americans said they wanted more immigration into the country. This means more Americans have a favorable view of North Korea than they do of increasing immigration levels.