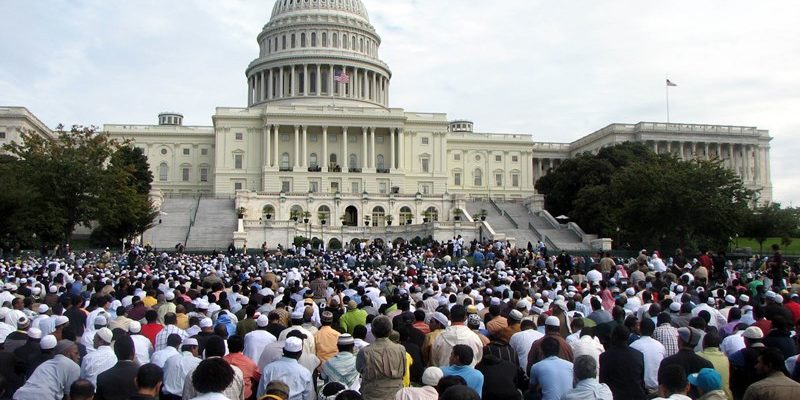 With growing concerns over the massive expansion of Muslim and Islamic immigration into the country, the Hayride has filtered through data to estimate the growing population of Islam into Louisiana.

Based on data from a 2010 Religious Census, it seems that between 2000 through 2010, Muslims living in Louisiana has massively grown and is the number one non-Christian affiliated religious group in the state.

Between 2000 – 2010, the Muslim population has either grown through new arrivals, major gains or minor gains in these Louisiana parishes:

Meanwhile, these Louisiana parishes have seen major losses over the course of the last decade:

Based on data from 2010, these are the Louisiana parishes with a Muslim population, categorized on their size:

Muslims less than 0.1% of population:

Of course, this data does include the following 5 years of Muslim population growth in the state. And although there is no census on that figure yet, the Obama administration has issued over 680,000 green cards to Muslim migrants just in the last five years, according to Dept. of Homeland Security data.

These 680,000 Muslims admitted legally into the US through the visa program system, outpaces the population of Washington DC, which is 660,000 residents.

It is unclear how many of those green card holders are currently living in the state, as the federal government can relocate Muslim migrants to states with the help of Catholic Charities and not have to notify state officials.

This is the seventh special report installment in this Hayride series. Previous special reports include how Muslim mass migration would change the state forever, how the State Department’s ‘screening process’ for refugees is a colossal failure, how the country gives special treatment to Muslim migrants while leaving persecuted Christians out in the cold, how Islamic jihadists enter the country legally on the failed visa program, how mass Muslim migration is leaving women, children and gays the most hurt and how the US immigration system has become a haven for drug traffickers, gangs and violent criminals.

Interested in more news from Louisiana? We've got you covered! See More Louisiana News
Previous Article PRAGER U: Black Fathers Matter
Next Article These Are The Two Louisiana Natives Inside Night Club During Orlando Terrorist Attack, Only One Has Survived