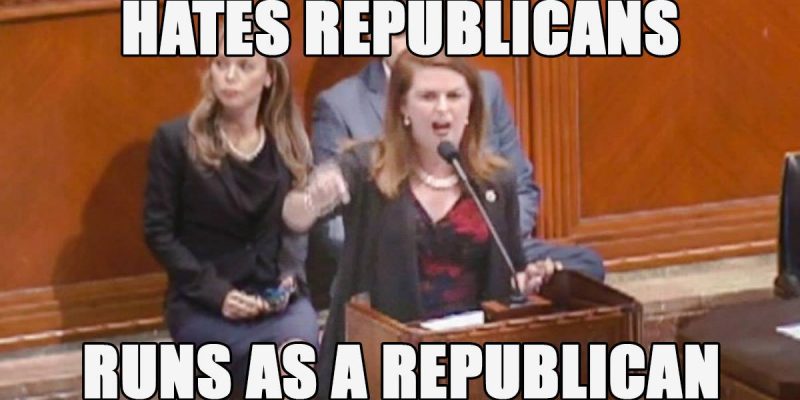 Earlier this year, we brought you the story of Democrats and Governor John Bel Edwards backing “Republicans” in special elections. That is because the Louisiana Democratic Party is having a difficult time recruiting candidates.

According to LAPolitics.com’s Jeremy Alford, some Democrats are looking to get behind State Rep. Julie Stokes (R-Kenner) and her bid for state Treasurer. Most of it is behind a paywall so if you want to subscribe to LAPolitics.com, go for it.

DEMS PONDER PRO-STOKES PAC With a field of only Republican candidates angling for treasurer and no marketable names surfacing from the other side, there are plans quietly coming together for a possible PAC, funded primarily by Democrats, to support Rep. Julie Stokes. But nothing is etched in stone quite yet.

The sales pitch would be straightforward, those involved say. Democrats could end up with a Republican who would mimic the brand U.S. Sen. John Kennedy put in place, which was geared towards criticizing whoever was governor, or they could back a candidate who has little to no record of throwing political bombs. For the purposes of the ask, of course, the latter refers to Stokes. And the protection referenced in the sales pitch would be for Gov. John Bel Edwards, who has proven himself as a prolific fundraiser if nothing else.

The idea mirrors the emerging strategy of the Stokes campaign, which seems to be banking on crossover appeal. During the recent treasurer forum hosted by the Louisiana Association of Chamber of Commerce Executives (see story above), Stokes spent some time talking about “working across party lines” and how party wouldn’t guide her decision-making.

One of the areas where Julie Stokes is distinguishing herself from her competitors is on the gas tax. She has voted for the gas tax in committee and is expected to vote for it on the House floor next week. Her two leading opponents, State Rep. John Schroder (R-Covington) and State Sen. Neil Riser (R-Columbia), have both come out against the gas tax.

Julie Stokes might want to be careful about being seen as the unofficial Democrat in the race. It hasn’t worked out too well for those that have tried so far this year.