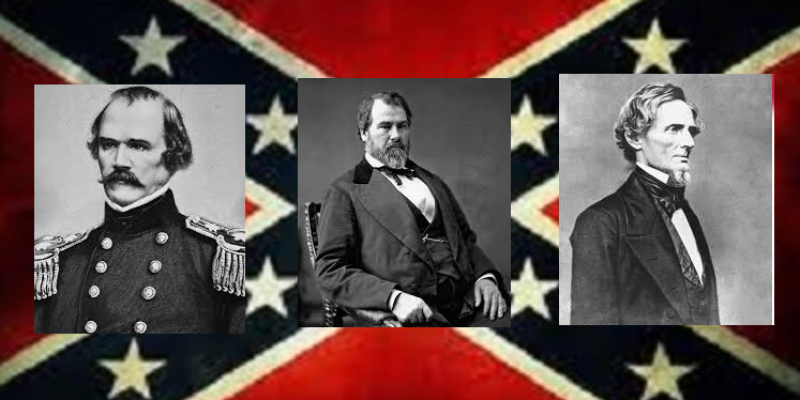 Despite a spirited debate on the Senate floor, our earlier prediction that the struggle to remove or defend the many Confederate tributes in and around the Texas Capitol would end up a major flash point during the last session did not exactly pan out.

That’s not to say it won’t still become an issue in the interim or during the upcoming 87th Legislature.

As December began, Lt. Gov. Dan Patrick made good on his word to establish a committee to review the Texas Senate chamber’s artwork. The chamber includes among many of its iconic paintings portraits of several historic figures who served the South during the Civil War. No announcement was made on when the committee would meet.

Last spring, during debate on an ill-fated bill that would have made it more difficult for historic markers to be removed in the Lone Star State, Patrick said he would create such a committee. The goals of the committee are to review the existing collection of art and set up a process by which future objections over the artwork can be processed and properly debated. The monuments preservation bill, authored by Sen. Brandon Creighton, passed the Senate but was never given a vote in the House.

Triggering this move were two developments: 1) a rash of monument removals, particularly in Dallas where a cemetery obelisk dedicated to CSA soldiers and a large park statue of Robert E. Lee and his horse, Traveller, and 2) the removal of the Creed of the Daughters of the Confederacy plaque on a wall near a staircase leading to the Senate wing.

Seven Senators were named to the committee: Republicans Paul Bettencourt, Donna Campbell, Bryan Hughes (Chairman), and Charles Schwertner, and Demorats Boris Miles, Beverly Powell, and Kirk Watson. Each of the Republicans represent the more conservative wing of the Senate, and the three Democrats are solid in their socially liberal positions.

Confederacy-related portraits in the chamber include:

In his press release, Patrick noted he has made a number of changes in the historic Senate Chamber during his tenure including, in 2015, restoring the annual practice of erecting a Christmas Tree (not a “holiday tree”). Patrick was also instrumental in having “In God We Trust” painted at the front of the Senate chamber.

From the hip: Patrick, a native of Baltimore, was part of the unanimous vote on the Texas Capitol Preservation Board to remove the Creed of the Children of the Confederacy plaque and put it in mothballs.

Patrick usually stands firm on the side of historic preservation. But where he may land on the fate of any of the portraits hanging in the Senate chamber is anyone’s guess in light of his vote on the plaque. If we had to guess, we would wager that he would keep them right where they are.  Patrick’s choice of committee members indicates that, though he may oppose flagrant statements such as the plaque, he is not interested in removing portraits of human beings who lived through more Texas history than just the Confederacy period.

The Dallas Observer, a far-left publication with a viewpoint that Old South “traitors” must somehow still be fought, seems to think Patrick is doing the bare minimum. No, the minimum would be doing absolutely nothing. We would also like to point out that taking action would also include telling those embarrassed about Texas history to go pound sand.

Yet Patrick did not take a radical position one way or the other: he acted modestly — the kind of approach the Reconstruction government (despite its many flaws) took when it allowed the South (despite its many flaws) and all veterans to retain their honor and their symbols. They were not labeled as traitors, and many Southern partisans and soldiers went on to serve the U.S. honorably on the battlefield and in the political realm. Would today’s progressive activists be as forbearing as those who lived through the bloodiest war in our history?

Those still concerned about the portraits representing racism in the Senate chamber should take notice portraits of other great Texans. Barbara Jordan, the first black Texas state Senator and famed educator, and Henry B. Gonzalez, the first Hispanic to serve in the Texas Senate who later became a U.S. Congressman, are represented on those hallowed walls, as well as the diverse fighters of the battles of the Alamo and San Jacinto.