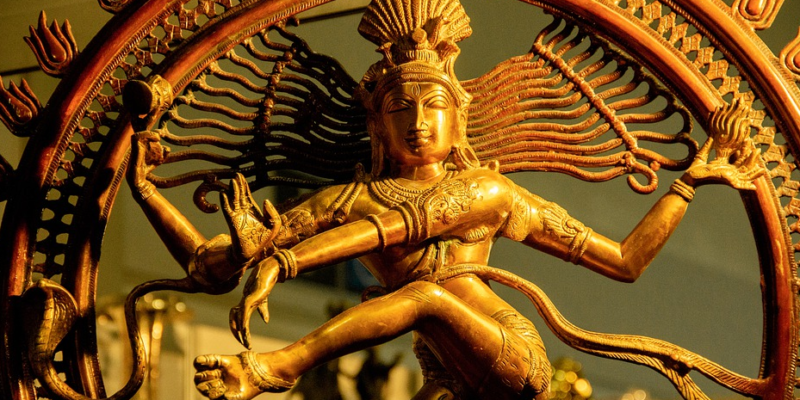 While you may have been in (or streaming) church services, Democratic House leadership started off the 117th Congress on Sunday with an invocation designed to appeal to a proposed rule change.

U.S. Rep. Emanuel Cleaver II (D-Missouri), as guest chaplain, dedicated his prayer to a pantheon of deity, followed by not only what sounded like a traditional amen but also a pun-worthy “ah-woman.”

“We ask it in the name of the monotheistic God, Brahman, and god known by many names and by many different faiths, ah-man, and ah-woman,” said Cleaver, an ordained United Methodist pastor.

A quick note about Brahman before we get to amen: Brahama is the Hindu creator-god, whereas Brahman is the presence of God in all things, material and immaterial, including nature.

Amen is commonly known to mean “so be it” in its Latin usage, deriving from a much older ancient Hebrew term possibly meaning grounded truth. It has no connection to gender despite the Reverend Cleaver’s play on words.

The Daily Caller pointed out Cleaver’s PC prayer comes after the House Rules Committee proposed changes to the rules to “honor all gender identities” by modifying pronouns and words for familial relations in favor of gender-neutral terms. The updated rule would change “pronouns and familial relationships in the House rules to be gender-neutral or removes references to gender, as appropriate, to ensure we are inclusive of all Members, Delegates, Resident Commissioners and their families – including those who are nonbinary,” according to an announcement from U.S. Rep. James McGovern (D-Massachusetts), chairman of the Rules Committee, via the Caller.

Cleaver, a longtime pastor of St. James United Methodist Church in Kansas City, served on the city council from 1979-91 until becoming mayor — his springboard to Congress in 2004. A loyal Democratic vote on social and economic issues, Cleaver voted for both of two articles of impeachment against President Donald Trump and is one of only two Missouri representatives in the House to have done so, along with U.S. Rep. Lacy Clay. Cleaver joined a sit-in with Democrats in 2016 demanding a “No Fly, No Buy” gun control bill that would ban Second Amendment freedoms to those on terrorist watch lists. He is a steadfast proponent of gay rights and more recently gender-neutral terminology.

Jesus was all about teaching and preaching love. It was the main thing and the plain thing. #NOH8onTheHill pic.twitter.com/VDQWlYqMq3

From the hip: Though a departure from the usual invocation you might hear on Capitol Hill, Cleaver is not an outlier in his amalgamation of faith traditions nor his attempts to cast a gender-neutral image of God. Such religious relativism is a growing trend among religious leaders, though their pews are emptying out in record numbers.

As it happens, a recent split from the United Methodist Church is comprised of those who agree with Cleaver’s viewpoints but who feel the nation’s second-largest Protestant denomination is not liberal enough. Our detailed analysis of the situation can be read here.

While St. James UMC is not on the list of churches leaving their denomination, Cleaver’s comment is representative of a growing sense of relativism in America’s Mainline Protestant churches. As a recent example, consider the Episcopal churches in the U.S., which has since the turn of the millennium seen a number of conservative churches break away to form various “Anglican” bodies. As the mainstream Episcopal Church appears more concerned with ordaining gay clergy than church growth, the Episcopal Church in the U.S. has declined by 2% in the last year furthering a trend of decline. Tellingly, marriages have plunged by two-thirds since 2003 despite opening them up to same-sex couples.

United Methodists may soon find themselves at a similar crossroads, with clergy such as Cleaver watering down John Wesley‘s movement to something more pleasing to Speaker Nancy Pelosi‘s ears.

The nut doesn’t fall far from the tree: Cleaver’s son, Rev. Emanuel Cleaver III, is co-pastor of St. James UMC with his father and identifies with social justice-oriented “Liberation Theology.”

As far as things may have drifted from the more essential doctrines (e.g. that God is Our Father, that Christians are supposed to pray in the name of Jesus Christ and not Brahman, etc.), a word must be said about Sunday. Sundays were once widely revered as “the Lord’s Day” or a Christian sabbath by almost all denominations — except the few who practice the Old Testament Sabbath on Saturday. As it happens, the General Rules of Methodism (still in the UMC Book of Discipline, by the way — though widely considered antiquated) consider work on the first day of the week as harmful:

It is therefore expected of all who continue therein that they should continue to evidence their desire of salvation,

First: By doing no harm, by avoiding evil of every kind, especially that which is most generally practiced, such as:

The taking of the name of God in vain.

The profaning the day of the Lord, either by doing ordinary work therein or by buying or selling.

The Twentieth Amendment to the Constitution sets Jan. 3 for the date of the first day of a new Congress, unless another date is set by law. The date is often changed if it falls on a weekend. Not so this year.

Congress is around 90% Christian, but the roll call vote on HR 1 (a formality agreeing to the oath of office) was passed 371-2 out of 435 total members.

It’s easy to nitpick at sabbath-keeping, when to make exceptions, and just how to observe it. For an interesting read, check out former Sen. Joe Liberman‘s “The Gift of Rest,” which lays out how he kept the Jewish sabbath — going as far to walk home in the rain following critical votes on Friday evenings. But consider for a moment that Congress — and the hundreds upon hundreds of people it employs and obligates, including capitol staff, police, capitol building services, lobbyists, journalists, issue advocates, citizen observers, and not to mention families and friends present for the oath — were prevented from attending to Sunday religious observances and instead placed before a prayer to Brahman.

Whether or not you did anything for church on Jan. 3, or any Sunday or Saturday for that matter, this is cause for pause.

Interested in more national news? We've got you covered! See More National News
Previous Article APPEL: Trump May Be Leaving Office, But He Isn’t Going Away
Next Article Outmigration Is Making Louisiana Poorer And Smaller