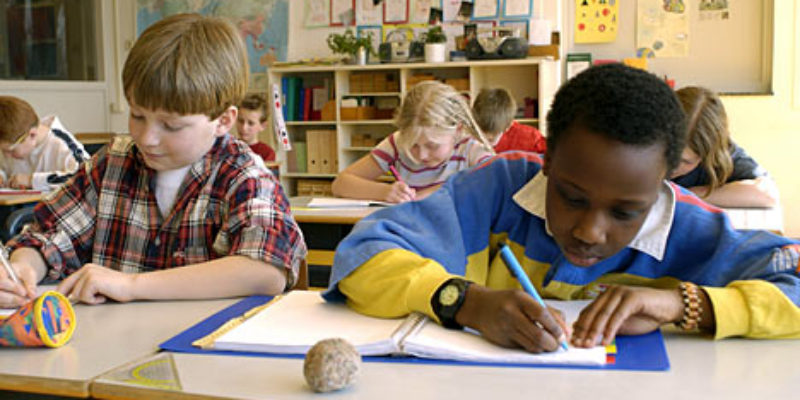 A bill to go around the elected board that oversees Texas public school textbooks was vetoed in 2015.

In 2019 a similar bill stalled in the state Senate after passage by the House.

Now Texas House Bill 424, in previous sessions and under different numbers derisively referred to as the “Common Core-Lite” bill, was slipped into a list of supposedly non-controversial legislation recently. The bill is at the top of the list scheduled for a single vote on Saturday.

On April 23, the state House Public Education committee referred the bill to the Local and Consent Calendar  — a list intended to speed up the approval of non-objectionable or local-in-scope bills without the risk of them encountering lengthy floor debates or points of order.

The bill again appears to do two main things: 1) require the regionally elected State Board of Education (SBOE) to conduct a review to shorten state curriculum goals (the Texas Essential Knowledge and Skills, or TEKS, pronounced “teeks”), and 2) allow school districts to adopt materials not approved by the SBOE to be funded by a district’s technology and instructional material allotment (or TIMA). Critics of the bill expressed worry it could become a backdoor to the much-reviled Common Core standards — hence the nickname “Common Core Lite.” Supporters say it would make better use of the TIMA to be flexible to the needs of diverse classrooms.

During the waning hours of the 2015 session’s veto window, Gov. Greg Abbott said that while the legislation (then SB 313) was “intended to provide additional flexibility to school districts when purchasing classroom instructional materials,” the bill would have potentially circumnavigated one of the SBOE’s primary duties, which is to review textbooks taught in Texas public schools and address curriculum needs.

From the hip: Here’s where it gets tricky. As Texas comprises a large portion of the U.S. textbook market, what is allowed in Texas affects many schools throughout the nation. As such, Texas is often the battleground for proposed curriculum changes, with social studies standards often in the cross-hairs of various educational interest groups, publishers, and even high-tech companies hoping to increase the state’s use of electronic textbooks.

SBOE’s conservative-leaning decisions do not often settle well with local school districts and left-of-center teacher unions. There have been many attempts to circumvent the SBOE for this reason alone. A recurring strategy is to propose the expansion of electronic texts, which sounds innocent enough on the surface but under the way the law is currently written has the effect of going around the SBOE’s purview over pulp-based textbooks.

By this time last session, the 2019 version of the bill had cleared the House floor and was on the intent calendar for the Senate floor. While this session it appears the bill has a steeper climb ahead (for starters, there’s no Senate companion bill), it’s worth keeping an eye on as the Senate is not under the same restrictions and timetable to take up bills and could gather steam quickly if passed by the House. If HB 424 was allowed onto the House Local and Consent calendar as a (supposedly) innocuous reform, it may also wiggle its way into another bill as an amendment or perhaps a conference committee report.

Under Texas House rules, five representatives may request it be pulled from the Local and Consent calendar and it’s dead. And with Tuesday being the last day for the House to distribute a calendar, education advocates will in that case have two more years to think about a more agreeable plan.

Interested in more news from Texas? We've got you covered! See More Texas News
Previous Article CROUERE: The Left Loves The Mask
Next Article What’s Coming Out About Fauci And COVID-19 Is Not Good At All