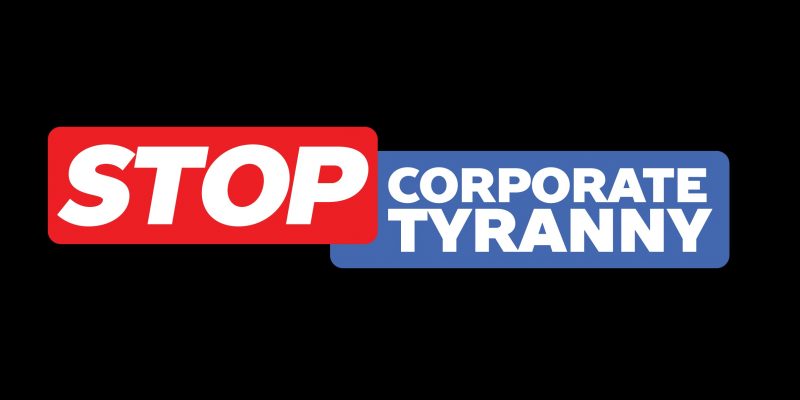 Little did we know that last week, when The Hayride took a closer look at the trend of chambers of commerce, large corporations, and convention and visitors bureaus attempting to cancel conservative legislation, that it would dominate the next week’s worth of political news headlines.

Soon after we reported on the possible reasons why South Dakota Gov. Kristi Noem pulled the plug on a bill designed to keep biological men from dominating in women’s sports, corporations such as American Airlines, Delta Airlines, Coca-Cola, Dell Technologies, and even Major League Baseball began an all-out assault on elections reform legislation in Georgia and Texas. And that’s the tip of an ever-deepening iceberg, including social media companies beginning an all-out assault on American values in the name of “fact-checking” and growing pressures on employees and contractors to comply with radical LGBTQ platforms.

The conservative movement has apparently had enough, and a newly organized coalition, headed by the National Center for Public Policy Research, has emerged to fight it.

With a mission to “reject the weaponization of corporations against traditional American values,” below is the press release from Back to Neutral.

A coalition concerned with the increasing dictates of ‘woke’ capital and cancel culture announced that they are launching a new website dedicated to exposing the threat of corporate tyranny. StopCorporateTyranny.org is a one-stop shop that will reveal the Left’s takeover of corporate America and provide resources for hard-working Americans to fight back and protect themselves and their values from corporate elites who are putting their thumbs on the scale with their powers.

The coalition, Back to Neutral, includes organizations and leaders fed up with liberals weaponizing big business to achieve their political goals. Whether it is under the guise of “ESG” (environmental, social and governance), “wokeness,” or “stakeholder” capitalism, make no mistake, all these terms are just cover for liberals weaponizing big business in ways that would have shocked and horrified almost any successful American investor or businessman just 15 or 20 years ago.

The coalition will use grassroots activism, media outreach, and social media advertising to dissuade corporations from engaging in activities that undermine free enterprise, individual liberty, limited government, free speech, and the rule of law. Corporate leaders must instead return to their proper role as stewards for their investors by providing the best possible products and services in the marketplace for their customers. Corporations shouldn’t be bowing to politically correct factions for perceived short-term public relations gains at the expense of their customer base and shareholders.

“We’ve watched with growing concern the Left’s efforts to infiltrate corporate boardrooms and use that power to force their agenda on Americans everywhere,” said Justin Danhof, General Counsel, National Center for Public Policy Research, and Director of the Free Enterprise Project. “We are drawing a line. It’s time to hold corporate America accountable for canceling conservatives. We seek to restore a healthy understanding of, and respect for, liberty, free enterprise, and American culture, all of which is being corrupted by corporate oligarchs.”

Steve Soukup, author of the Dictatorship of Woke Capital, said, “Whether under the guise of ‘ESG’ (environmental, social and governance), ‘wokeness’ or ‘stakeholder capitalism,’ make no mistake, all these terms are just cover for liberals weaponizing big business to achieve their radical, political goals.”

Join our movement to cancel, cancel culture and get back to neutral by visiting our website StopCorporateTyranny.org. We reject the weaponization of corporations against traditional American values, the website says.

From the hip: While it’s a new effort, they’re surrounded by some influential power-hitters in the conservative movement. Participating organizations in the Back 2 Neutral project include Alliance Defending Freedom, the Center for Economic Opportunity, Americans for Limited Government, and the Capital Research Center. If “woke capital” is the galactic empire, then the groups represent the new rebellion. If you sit on a board of a major U.S. corporation, ignore this development at your own peril.

Interested in more news from Texas? We've got you covered! See More Texas News
Previous Article You People Are All Wrong On Voter Registration Losses, You Know
Next Article Texas cities with most billionaires