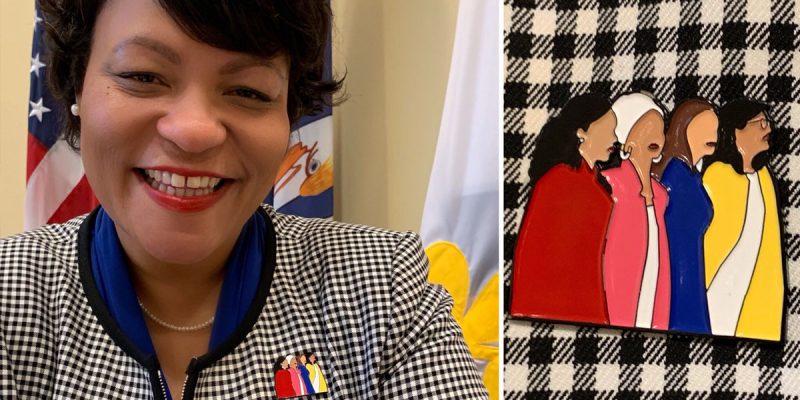 We’ve heard a lot of Louisiana voters griping that the commercials Eddie Rispone and Ralph Abraham are running don’t really address issues of importance in the state – taxes, economic development, infrastructure, flood control and recovery, crime and the like – and instead are too much into national politics. They’re both tying themselves to Donald Trump and talking about things like sanctuary cities and so on.

In general, we’d say that’s a valid criticism. We’d particularly like to see Gov. John Bel Edwards prosecuted in the court of public opinion for his horrendous economic record, the incompetence and waste of his administration and for the catastrophe that Restore Louisiana has become. So far none of that has become a focus.

But every now and then you get a reminder that the national stuff isn’t totally irrelevant here in Louisiana. For example, here is the community organizer from Compton that New Orleans turned into its mayor, on Twitter Monday…

The thread under that tweet is golden, as Cantrell didn’t get a particularly positive response from the Twitterverse.

This comes after Cantrell was one of four atrocious Louisiana mayors – the others being Sharon Weston Broome, Jamie Mayo and Adrian Perkins – who signed a petition demanding invasive gun control policies in the wake of the El Paso and Dayton massacres.

Cantrell also had the City of New Orleans co-sponsor a protest outside of the ICE field office in downtown New Orleans a month or so ago.

So three times in 30 days this woman, who is overseeing a confiscation of private wealth in her city by way of jacking up property taxes as high as 50 percent in some cases and in so doing making it likely that the housing market in New Orleans is going to crash, has given unmistakable signals that she is a Hard Left loon who will actively do damage not just to Orleans Parish but the entire state’s economy through her misrule.

When those property owners and businesses left in New Orleans decide to pick up and leave, they’re not going to move to St. Tammany Parish or to Destrehan. They’re going to move to Houston and Atlanta and Nashville. That means Cantrell’s leftist idiocy has consequences for the rest of the state. We’re not going to go so far as to say as New Orleans goes, so goes the state, but what we will say is that Louisiana is not in a condition to have an Alexandria Ocasio-Cortez wannabe running New Orleans into the ground without the state suffering for it.

And that is a real issue to be discussed in Louisiana’s gubernatorial race.

One of Rispone’s ads referenced “left-wing lunatics,” though it wasn’t clear he meant Cantrell. He might do himself some good getting more specific with his references. That goes for Abraham as well. And Edwards needs to be challenged on this issue, because he’s been allowed to skate like no governor in the state’s history on the question of his raking in money from the same Hard Left crowd Cantrell virtue-signals to practically every day while keeping silent about whether he stands with them.

So here are a few questions for Edwards.

We could come up with a lot more questions along these lines. It’s necessary to an informed public in advance of this election that Edwards answer them, because if he’s re-elected he won’t be answerable to the public and we might find that he’s a lot more favorable to the Hard Left stupidity of LaToya Cantrell than he currently presents. Given that Edwards swore he wouldn’t raise taxes before he got elected and then forced $7 billion in tax hikes down our throats, we really can’t afford having him dive deeper to the left in a second term.

This should be an issue in this fall’s campaign. If Rispone and Abraham are on TV making it one, don’t just assume the national stuff doesn’t affect Louisiana. Cantrell is showing that it does.