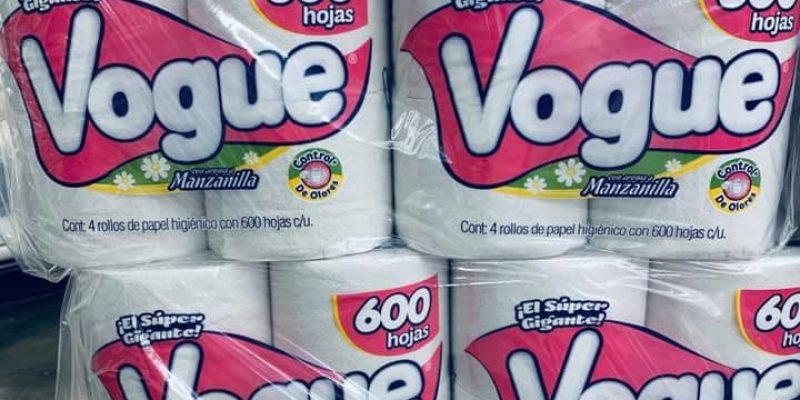 Remember a month ago? When toilet paper was trading higher than gold as a commodity?

While some grocery stores are still running their aisles like formerly fascist countries, finding a roll or two no longer requires careful coordination and spur-of-the-moment trips to a store across town.

Part of the reason why, at least in Texas, was the relaxing of government restrictions on toilet paper. While most folks would place bathroom tissue and state bureaucracy rules on the same level of value, it seems this restriction, nestled within a few lines of state consumer packaging code, effectively prevented Mexico manufacturers from selling toilet paper on Texas store shelves.

On April 3, Texas Agriculture Commissioner Sid Miller announced a victory via Facebook — that Gov. Greg Abbott lifted Title 4, Part 1, Chapter 12, Section 12.21 which incorporates by reference §8.1 of NIST HB 130. In plain English, this state rule is a labeling requirement for consumer packaging — specifically a rule on toilet paper that requires the protective plastic wrapping to be printed in the state’s preferred language of commerce. You know, so an English-speaking shopper doesn’t need a translator to compare the benefits of one brand of toilet paper to another?

Commissioner Miller disagrees that there is any issue with the foreign tissue:

“There will be no harm to industry or the public because suspension of the rule will simply extend the channels of toilet paper distribution as producers and distributors adjust to demand changes resulting from the pandemic, and allow a smoother transition to normal labeling procedures once the pandemic ends,” Miller wrote in his March 31 letter to Abbott requesting the relief.

As much as the Texas supply situation has been alleviated, that has not stopped toilet paper marketing from becoming downright bizarre with its reputation of having recently become the hottest item on store shelves. It’s almost bizarre as Miller’s victory being practically ignored by the mainstream media.

Will this and other seemingly unnecessary restrictions float their way back to the top? Time will tell. 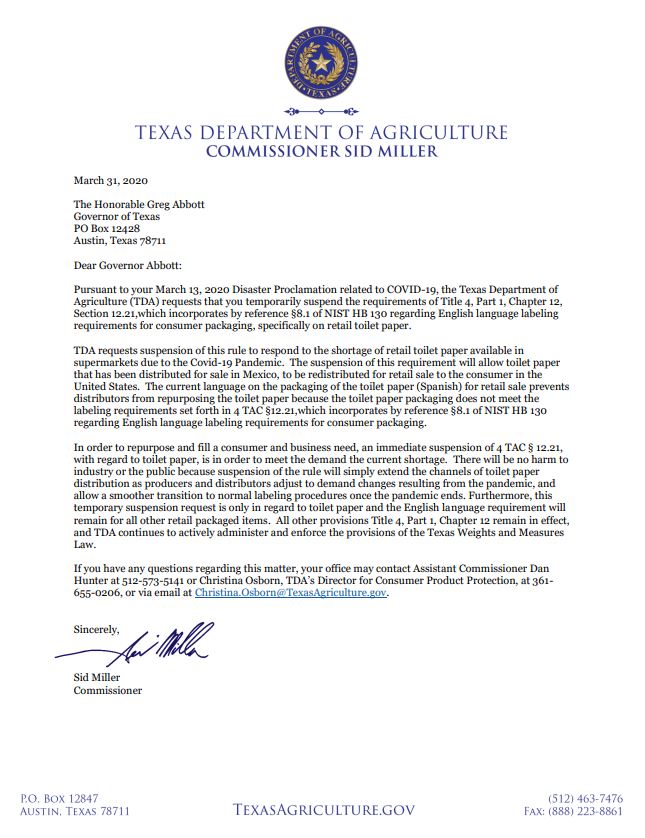