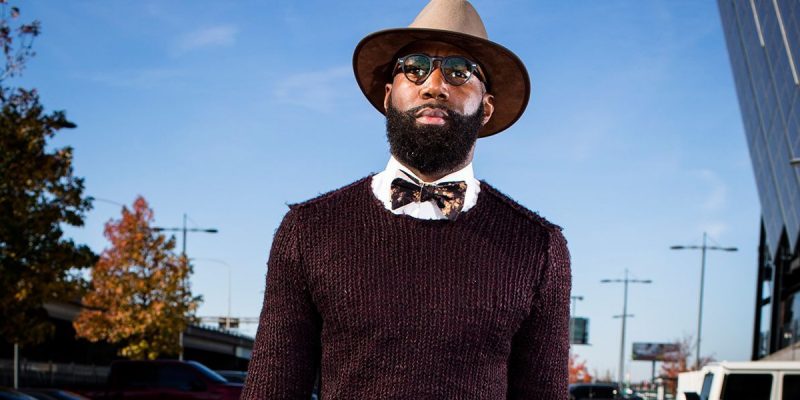 The worst mistake the New Orleans Saints’ front office has ever made was not drafting Russell Erxleben or Shawn Knight in the first round, though both of those were horrendous moves.

No, the worst mistake was made this past offseason when they made the insane decision to sign race-hustler and social justice warrior Malcolm Jenkins, a declining player they had already given up on years ago, to a contract worth $8 million per year. It’s too soon to know if Jenkins is a liability on the field this year, but off it he’s poison.

It was Jenkins who emerged as the ringleader in trashing Saints quarterback and long-time leader Drew Brees for the latter’s defense of the American flag back in June, and the backlash Jenkins generated among his teammates for Brees destroyed the quarterback’s brand and forced him to make a disastrous about-face which has alienated a giant slice of the team’s fan base (and done who knows what to the locker room chemistry).

And it was Jenkins who instigated the Saints taping Jacob Blake’s name to their helmets during preseason practice.

Lots of things about the Blake situation were noxious. Worst of them was the fact the Saints were essentially honoring a man who had a warrant out for his arrest for a pretty disgusting sexual assault he had committed on a woman with whom he had fathered three kids and never bothered marrying.

And maybe he shouldn’t have been reaching for a knife in the car when he was shot.

Taping Jacob Blake’s name to their helmets, whether Jenkins and the other SJW’s in black and gold thought about it or not, was an endorsement of his character and his actions, when the fact is that Jacob Blake was a villain who was completely and totally responsible for what happened to him. The police are not going to stand by and allow you to arm yourself with a deadly weapon, especially when they’re there because someone called them to come and get you for breaking the law in the first place.

And that endorsement sent a message that it’s OK to be Jacob Blake and to do what he did.

No wonder it went over like a lead balloon.

You’d think that would be a good signal that maybe it’s time to just play football for a while and try to rebuild a little goodwill with your fan base. Oh, no – not for a team whose new leader is Malcolm Jenkins.

Instead, we have this…

Too often the intersectionality of racism and sexism creates a unique plight experienced by BLACK WOMEN. For a more just & equal society, we as a @saints team, will dedicate this season to uplifting the voices, exposing the oppression, and highlighting black women. #SayHerName pic.twitter.com/xiPMXAkDXy

Dropping that on the Friday before the season opener doesn’t particularly suggest a focus on the thing you’re getting paid for, and yet here are Jenkins, Brees, Terron Armstead, Alvin Kamara and a couple of other key players blathering about black women.

Of course, Booker is now claiming Jacob Blake is her fiance’, and denouncing the Kenosha police. Of course she is. She thinks Blake is going to end up as a meal ticket what with the settlement the city of Kenosha will likely be pressured into making with Blake, and she expects to get him to marry her so she can have half that money, or more.

Should we #SayHerName, or are we talking about somebody else, Malcolm?

Oh, right. We’re talking about Breonna Taylor. Which means now the Saints, after stubbing their collective toe with the stupid Jacob Blake mistake Jenkins led them into, are now shifting gears to honoring black women shot by the cops. Of course, it’s already come out that Breonna Taylor’s boyfriend shot first, and it now is starting to appear Breonna Taylor was allowing a dope dealer ex-boyfriend to use her place as a stash-house while she was holding his illicit cash for him. Which is a little different story than we were told originally.

At some point this is simply an attack on the police. Maybe the Saints ought to just denounce the cops and stop beating around the bush.

We’re not being dense here. We’re analyzing the messaging, and it’s absolutely awful because it’s being dreamed up and pushed through by morons. Malcolm Jenkins doesn’t know what he’s doing, and he’s pissing off the team’s fan base. And it isn’t because the fans are all racists and bigots. It’s because what they care about isn’t Malcolm Jenkins’ politics – they care about football.

Jenkins refused to come out of the locker room for the National Anthem that played before the Saints’ opener yesterday. That’s who he is. But he expects Americans who are Saints fans to take his direction when he declares that it’s time to be whipsawed between honoring the rapist Jacob Blake and paying homage to black women like Breonna Taylor.

There was a better way to handle this, and a more productive way to do it. After the Saints buffaloed team owner Gayle Benson into declaring black women to be the “backbone of community,” seeing as though this is a team full of mostly black men engaged in doing productive things like pursuing a high-level professional occupation that makes them role models, rather than #SayHerName this should have been #DoBetter.

…the conversation ought to be about why black women are forced to be the “backbone of community.” It ought to be about why there are so many Jacob Blakes and Jamarcus Glovers (Breonna Taylor’s slimeball ex who got her killed) out there who mistreat black women, engage in abusive relationships with them, fail to hold down jobs and earn enough to support kids they don’t act as proper fathers to and refuse to act as productive, lawful members of the community.

In almost every one of these cases where the Malcolm Jenkinses rush in to make a martyr of somebody who gets shot by the police, it’s someone who’s (1) involved in drugs, (2) has a lengthy rap sheet, (3) is resisting arrest, most likely because the arrest in question is the one that will put him away for a good while, (4) has had the cops called on him by other black people that he’s terrorizing, and (5) leaves behind kids he was never much of a father to and whose mothers he never bothered marrying.

Because here’s a dirty little secret Malcolm Jenkins and the rest of these preachy SJW jocks already know but aren’t courageous enough to voice publicly – all the slogans, t-shirts, and cheap insults to the fans they could ever dream up won’t change the fact that bad police encounters are the symptom of the problems they’re complaining about – not the disease. They’re trying to blame external forces for problems that exist in the urban black community, and it’s an exercise in excuse-making rather than addressing the core issues.

It’s cowardly, is what it is. And nothing whatsoever good will come of it. Other than they won’t face any backlash in the black community for having successfully guilted all the white season ticket holders into thinking it’s their “systemic racism” which causes all this misery.

Until those white season ticket holders get a snootful of this garbage and decide to go fishing, because there’s no “systemic racism” on the water. Which is beginning to happen.

That’s why you’re going to see ratings in the tank across the league, and definitely in New Orleans. Malcolm Jenkins should never have been brought back into that locker room.