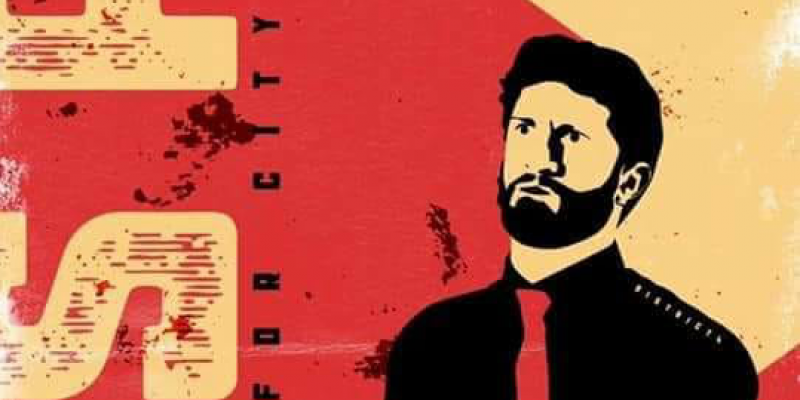 Immediately after a runoff election that sent one conservative to the all-liberal Austin City Council this week, a Democratic Socialist member of the council threw in his beret for second-in-command.

Councilman Gregorio Casar announced his intention to run for Austin Mayor Pro Tem on Wednesday and soon announced he had enough votes to secure the largely honorary position.

The securing of pledged votes came after Mayor Steve Adler‘s close ally and former Indiana mayor Pete Buttigieg, a recent Democratic presidential hopeful, was tapped by presumptive President Joe Biden as his pick for Transportation Secretary. The timing of it all led to plenty of speculation as to the timing and whether Adler may be setting up his potential successor — see below for ours.

From the hip: Given Adler’s woes of late — including public backlash on a string of unpopular (and even hypocritical) decisions such as stringent COVID-19 restrictions, the homeless camping policy, and gutting the Austin police budget — Adler may be more willing than ever to consider a gracious exit.

The spitball prediction that Casar would be next in line for acting mayor should Adler join a Biden Administration came one step closer: Adler announcing his support of Casar, giving him enough votes to become Mayor Pro Tem during the first meeting of 2021 (by the way, pro tem is Latin for “in the meantime” — mayor pro tem being a position common to may municipal governments that’s like a vice-mayor but without any administrative duties associated).

In the event of a mayoral vacancy, an election would be held later to fill the position, with Casar then having what is essentially an incumbent’s advantage. This could likely be held on the same ballot as Council recall petitions (if allowed to proceed by city gatekeepers).

Casar’s Socialist connections are no exaggeration, though in all fairness he and fellow DSA members may object to use of the term “Communist.”

I’m a proud @austin_DSA member. Together, we’re going to win this race and make our city work for working people. https://t.co/PN9SWhcDas

Austin conservatives won one race in District 6 Tuesday night and lost one in District 10 during Council runoffs. Two local school board seats went to the two more leftward candidates. That doesn’t bode well for the city-wide effectiveness of the conservative movement in Austin during a time in which Leftists are enraged by President Donald Trump and taking to the streets as Tea Party activists did under Barack Obama.

But let’s say Biden takes the oath in January and becomes President: the Left no longer has their whipping boy in the White House, thereby making an easier sell for local Republicans and GOP-endorsed Council contenders over time. It may be too late to stop “Comrade Casar” from becoming Mayor (baring any local celebrities from running successfully), but in the long run having a lighting rod of a mayor could rally the troops on the right in the same way Trump united (and bankrolled) the local left. In this mirror-image, Casar may soon become Austin’s Trump.

Interested in more news from Texas? We've got you covered! See More Texas News
Previous Article Emerson College Poll: Perdue And Loeffler Are Ahead In Georgia
Next Article Is Austin Trending Red After Council Victory?