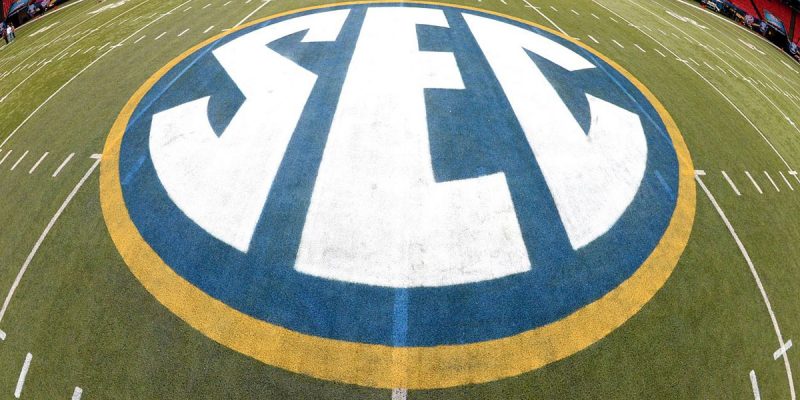 Johann Batiste touched on this subject – well, to be more accurate he stomped all over it – on Monday, so we don’t have to do too much of a rehash of the mess that was the Southeastern Conference officiating crew’s performance in the LSU-Texas A&M game on Saturday.

What we will say is LSU can’t keep allowing itself to be treated as a chump by the SEC office. So far in this series we’ve touched on the fact there is more than enough reason to see 2019 as a potential banner year for this program – which will be the topic of our final segment tomorrow. And while that’s fraught with as much danger as it is excitement – we’re so old we remember LSU fans thinking Johnny Jones had cracked the code for bringing the basketball program back to national relevance with Ben Simmons about to suit up in purple and gold – a potential championship-caliber season simply can’t be squandered in a morass of ridiculous officiating like the program endured in 2018.

The Texas A&M game was flat-out stolen from this team. Everyone knows it. It can’t even be debated, though SEC head of officiating Steve Shaw seems to want to try. And that’s the latest in a string of events going back several years where LSU has been abused – whether it was the targeting call on Devin White that took him out of the first half of the Alabama game (which probably didn’t factor in its outcome, admittedly), the way the league office handled the Florida hurricane game situation in 2016, or any of the other significant gripes the SEC has provided the Tiger Nation with over the past several years. The Texas A&M debacle of this past weekend was just the worst of the lot, but frustration with scheduling, officiating and other matters is beginning to boil over – and rightly so.

And that’s why LSU is going to need to put on its big-boy pants and start playing like it wants to be a national mover and shaker on the college athletics scene.

Following that A&M officiating debacle LSU needs to make it very clear that not only doesn’t it accept the kind of atrocious officiating it was subjected to in College Station but that it holds SEC Commissioner Greg Sankey personally accountable for the poor quality of the league’s football officials – and that this matter is a dealbreaker as to LSU’s future membership in the conference. LSU president F. King Alexander and athletic director Joe Alleva should enforce this opinion by publicly entering into discussions with both the Big XII and Atlantic Coast Conference as to what terms those leagues might offer to entice LSU to join, with an eye toward perhaps building its own Longhorn Network-style dedicated cable entity by partnering with Cox Sports Television or some other existing market player and/or other business opportunities which might supplant what it currently has with the SEC.

The squeaky wheel gets the grease, and LSU simply isn’t squeaky enough to offset the outsize influence Alabama, and it now appears Texas A&M, have with the SEC office. That problem perhaps will never be fully solved, but the fact is the SEC would be greatly diminished if LSU left if for no other reason than 13 teams is a very unwieldy number for a conference to have and there is no readily available replacement that (1) would match LSU’s popularity and competitiveness and (2) would be agreed on by the league’s other members.

Are the ACC or Big XII attractive alternatives to the SEC? From a competitive standpoint, not really. Neither league is remotely at the same level as the SEC in football, though the ACC is better in basketball and comparable in baseball and the Big XII is at least as good in hoops. There would be longer road trips with both leagues, though some of the destinations would surely make for better travel than do Oxford, Starkville, Auburn or Gainesville. The point isn’t to leave the SEC – it’s to drum up alternative opportunities which put fear into Sankey and his minions in the league office and to strengthen LSU’s negotiating position in insuring the just-passed Zebra Bowl and other mistreatment isn’t repeated.

Are Alleva and Alexander up to that? We have our doubts. But the fact is, it’s time for LSU to have the kind of leadership the Greg Sankeys are loath to trifle with – and if the current brass isn’t up to that, someone in LSU’s power structure is overdue in providing people who are.

If we’re right that 2019 offers the best opportunity in years to make a real run at a playoff berth, it had better not be wasted on Zebra Bowls, Grand Theft Auburns or other such stupidities. Alleva and Alexander must see to that.

As an aside, there’s an interesting Yahoo! Sports piece today by Dan Wetzel suggesting that rather than a four-team playoff what college football ought to do is get rid of the conference championship games and replace them with an extra week of playoff games at home fields. In Wetzel’s thinking that would result in a quartet of quarterfinal games – #8 Washington at #1 Alabama, #5 Oklahoma at #4 Georgia, #7 Central Florida at #2 Clemson and #6 Ohio State at #3 Notre Dame.

While Wetzel is right that those games would be better matchups than some of the turkeys on order for this weekend (Central Florida and Memphis, Pittsburgh and Clemson and Northwestern and Ohio State all sound like dogs, but maybe we’ll see a surprise or two), our concern with his formula is that today’s conferences are just too big not to have divisions and conference title games.

So if we’re going to do away with conference championship games we need to break up the Power 5 conferences and just have one big College Football League with eight 10-team divisions and a 12-team playoff which allows for four wild-card berths and the top four teams catching first-round byes.

We’ve even done the work on that. How about these 10-team divisions?

What you get from this is every division having a 9-game round robin schedule, and then the league can offer interdivisional challenges – say, the Mideast Division plays the South Central one year in a pair of games for each team, so LSU might have a home game with Kentucky and a road date with Purdue – for two of the others, with a 12th game being a rent-a-win to insure every league team has six home games.

That 12-team playoff would probably kill the bowls, but here’s a possible compromise – since the nine-game schedule is an odd number, how about setting up bowl matchups during the regular season as neutral-site conference games? For example, perhaps one year the Florida-Georgia game in Jacksonville could be the TaxSlayer Bowl. Or maybe the Pinstripe Bowl in Yankee Stadium is Penn State and Virginia Tech. Or the Fiesta Bowl turns out to be USC vs. Colorado. It seems to us that if those bowl games were the first weekend in December, like the conference championship games currently are, you’d capture quite a bit of the bowl season fervor without cluttering the playoff picture – and many of the bowls would catch better matchups than they’re getting. Not to mention that if the bowl games were on the schedule months in advance, travel plans and thus attendance would be a lot easier to arrange.

Just a thought. We’ll admit what we like most about this idea is there would be no more SEC office to suffer from in football.