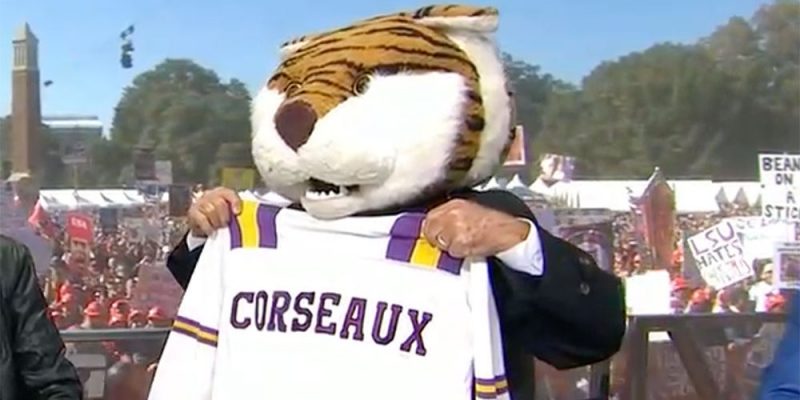 The proof is in the numbers.

It is one thing to purchase exposure for a football program. It is another thing entirely to reap its benefits for free.

The state’s flagship university, according to analytics firm Joyce Julius and Associates, reportedly earned $200 million in free advertising during the national title run, being mentioned 150,061 times across TV, internet, and print media from December 1 through January 21.

In that time period, LSU was busy beating three top-4 teams in Georgia, Oklahoma, and Clemson to finish the first 15-0 season for an SEC program.

“It was the perfect storm of exposure for LSU football from the SEC Championship game through the Heisman Trophy ceremony and all the way up and beyond the National Championship Game, ending at the White House.  Those are some premier events all generating major national coverage.”

Also in early December, another firm concluded that the LSU football team was the most talked about group in the country.

LSU typically seems to be a well-liked team in the media. ESPN Gameday personality Lee Corso picked them to win all five times the Tigers were featured in his headgear-of-the-week pick.

ESPN colleague Rece Davis called LSU’s season the greatest in the history of the sport. ESPN’s Mike Greenberg seconded that argument in convincing fashion in a video posted on Twitter.

LSU won a national championship, and is now seeing that it was not just a regional victory, not just a perfect season enjoyed by Tiger or SEC fans. The popularity of LSU football has never been higher, and I would like to think it is because of a combination of its explosive abilities on both sides of the ball–and its cast of characters that all reached their pinnacle at the same time in one perfect, shining moment.

2019 LSU was an American story. That is why America loved these Tigers. And they did since the Alabama game. Maybe even the Texas game.

We could go on and on about all the underdogs on this team, the players who overcame athletic adversity in the years leading up to this fairy tale, storybook finish. Much has been documented on the stories of Clyde Edwards-Helaire and Joe Burrow.

But this story, this American tale, starts at the top with head coach Ed Orgeron. He has been teased because of his accent and cast off time and time again by other programs who felt they could do better. He was always the butt of the joke, not the respected general who has brought a title to Baton Rouge.

Now he’s the one laughing.

And America loves the second chance.

It is why America loved LSU this past fall. And why this past season will be hard-pressed to ever be repeated again.

REDEMPTION: Coach O Has Risen from a Pile of Self-Inflicted Ashes