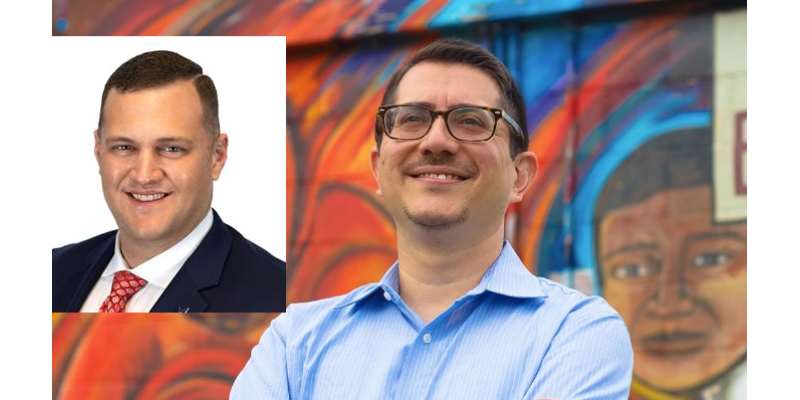 On Thursday, Travis County District Attorney Jose Garza announced the indictment of 19 Austin police officers who responded to race riots in the summer of 2020.

The Hayride learned Thursday afternoon that Justin Berry, one of four candidates in the running for Texas House District 19, is among those indictments. Berry is seeking an open seat along with fellow Republicans Ellen Troxclair, Nubia Devine, and Perla Hopkins.

It is not immediately clear what the specific charges are and how it will affect Berry’s campaign. The Texas Primary Election is set for March 1, with early voting taking place through Feb. 25. The Austin Police Association (the local police union) immediately came out swinging:

Austin police officers were ordered by City Leadership to restore order & remove rioters from IH 35 & get the roadways back open to vehicular traffic. They did their jobs with the tools & training provided them. DA Garza is using the indictments for his political purposes. pic.twitter.com/NENKqqlZbH

Garza defeated a more-moderate Democrat in the form of incumbent Margaret Moore in the 2020 Travis County Democratic primary and runoff, and later bested conservative Republican challenger Martin Harry in the general election. Local left-leaning media have praised Garza for “transforming criminal justice” in Austin and greatly reducing bond amounts. Immediately after election, progressive publications were praising Democratic Socialists of America-endorsed Garza for “ending the drug war” by refusing to prosecute lower-level possession charges. Garza’s office came under fire in May 2021 when an assistant D.A. solicited help to prosecute police officers.

The Austin Police Department (read: not just the union) hosted a presser on Thursday urging Garza to immediately suspend the prosecutions.

“As a department, we asked these officers to work in the most chaotic of circumstances in May of 2020 and to make split-second decisions to protect all participants. The size, scope, and tarry of the crowds was underestimated by management,” Police Chief Joseph Chacon said, noting they anticipated hundreds, not thousands.

Chacon was joined at the press conference by Spencer Cronk, Austin City Manager.

Earlier on Thursday, the Austin City Council unanimously approved a resolution to order the City Manager to draft a plan to fill vacancies in its police, fire, and ambulance departments — a means to repair the damage done by concerted efforts by the Council to de-fund the police in Austin in which the police budget was cut by a third and its police academy class canceled. The resolution was sponsored by the sole Republican on the Council Mackenzie Kelly. The city is still behind an estimated 100 officers.

In other news, the Council voted on Thursday to approve $10 million to settle cases with BLM protesters who complained of denial of rights and bodily injury.

From the hip: Nothing is ever good enough for the radical Left. Give them and inch and they’ll demand a mile, to appropriate an old saying. The very day the Austin City Council agreed to settle with BLM protesters and bring the police back up to the previous base-line of staffing is the day Garza released information about these 19 indictments.

The timing of the indictments was not by chance, but by calculation and careful planning. Such is the politics of the radical Left. Take careful notes here.

As the City of Austin moderates its leftward lurch during the post-Greg Casar era (a Socialist agitator who was on the Austin Council and is now running for Congress in Texas CD-25), the focus now shifts to the county and its all-Democrat leadership. Appearing on the ballot with Texas House District 19 will be two county-level positions, including County Judge (the historic term for county administrator who oversees the Commissioners Court) and County Clerk.

Andy Brown, the incumbent Democratic County Judge will face Republican challenger Rupal Chaudhari — both are unopposed in the primary and will appear on the general election ballot. Republican Susan Haynes is unopposed in the GOP primary and will face either Dyana Limon-Mercado or Kurt Lockhart in November. Third party and independent candidates are not yet detrermined. While the Clerk’s office won’t have much to do with prosecution, the County Commissioners Court may very well weigh-in on Garza’s excesses, especially if pressured by the City of Austin (Cronk’s presence at the police presser should not be taken lightly here). The Commissioners and the County Judge’s office controls most aspects of the county legal system, among them the DA’s office budget and staffing.